The Midtown Bike Center reflects the festival it helped organize.

When I stopped by the festival, about 50 people were milling half a dozen tents the Grand Marquis played on a patio overlooking the Greenway. At their tents, cycling organizations gave out swag and talked to visitors about their organization. Wells Fargo, the Midtown Greenway Coalition, and the Freewheel Midtown Bike Center collaborated to put on the festival.  Chris Wurtz of Wells Fargo coordinated the festival and said that goal was “to increase awareness of biking as a safe and healthy activity.”   I am sure his goal was met, but I also saw a lot of people having a lot of fun getting together to celebrating cycling in Midtown. 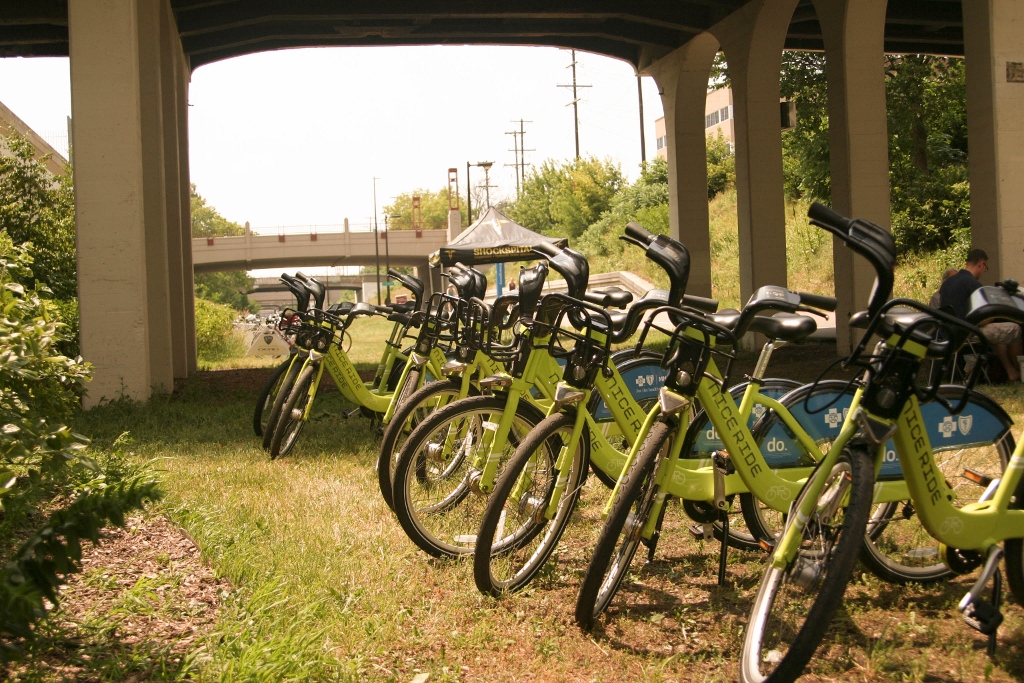 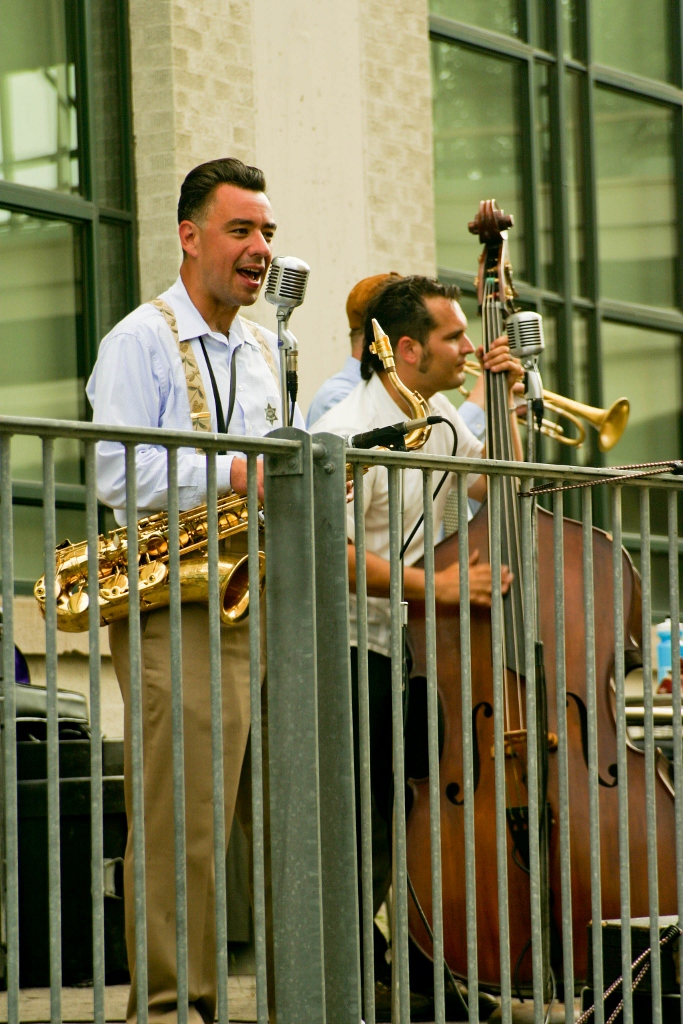 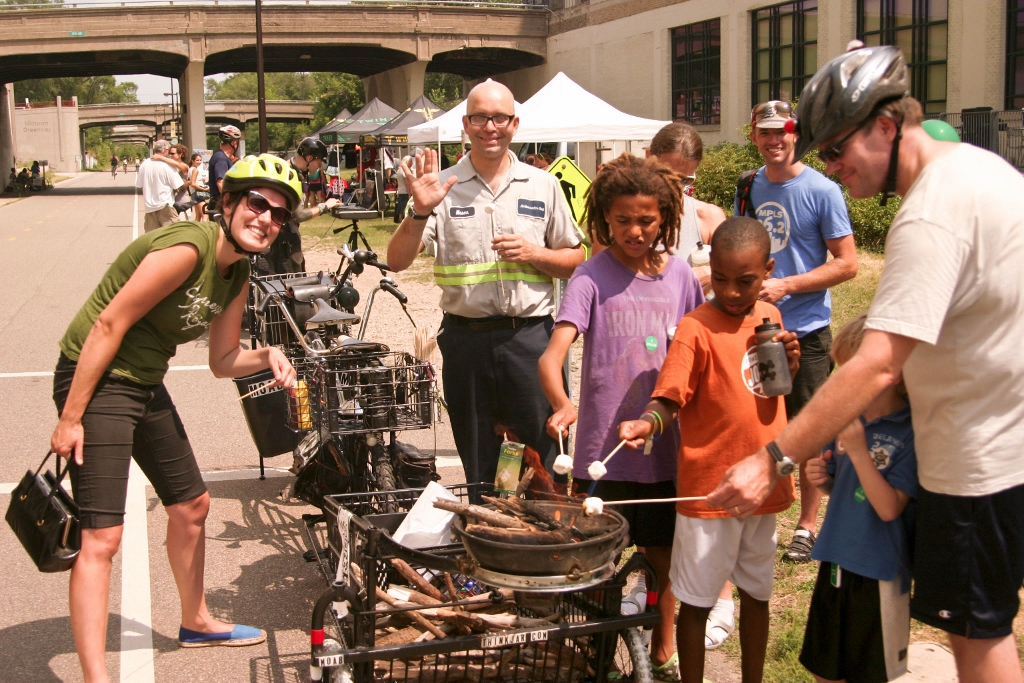 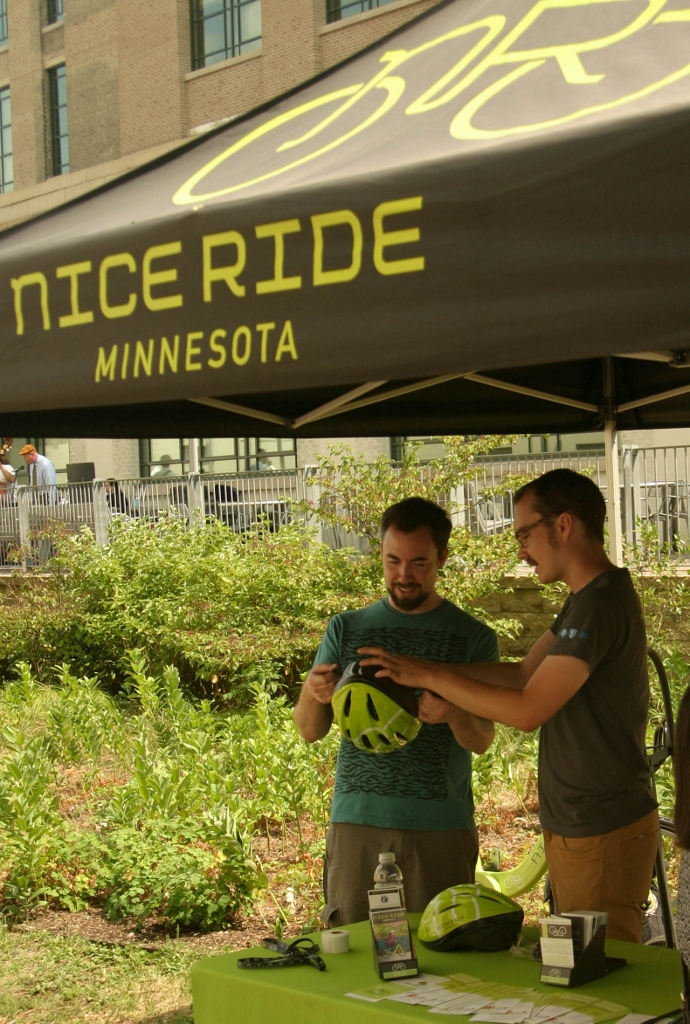 Nate Hart-Andersen of Nice Ride sizes a festival goer with a free helmet. They come in three sizes but only one color: Nice Ride green. 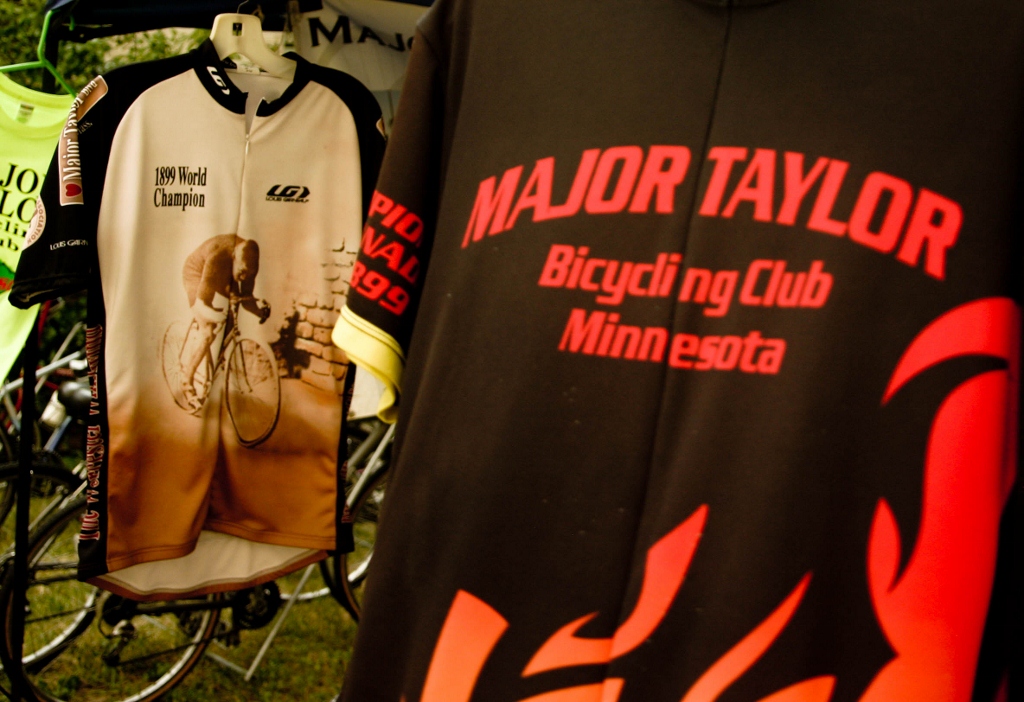 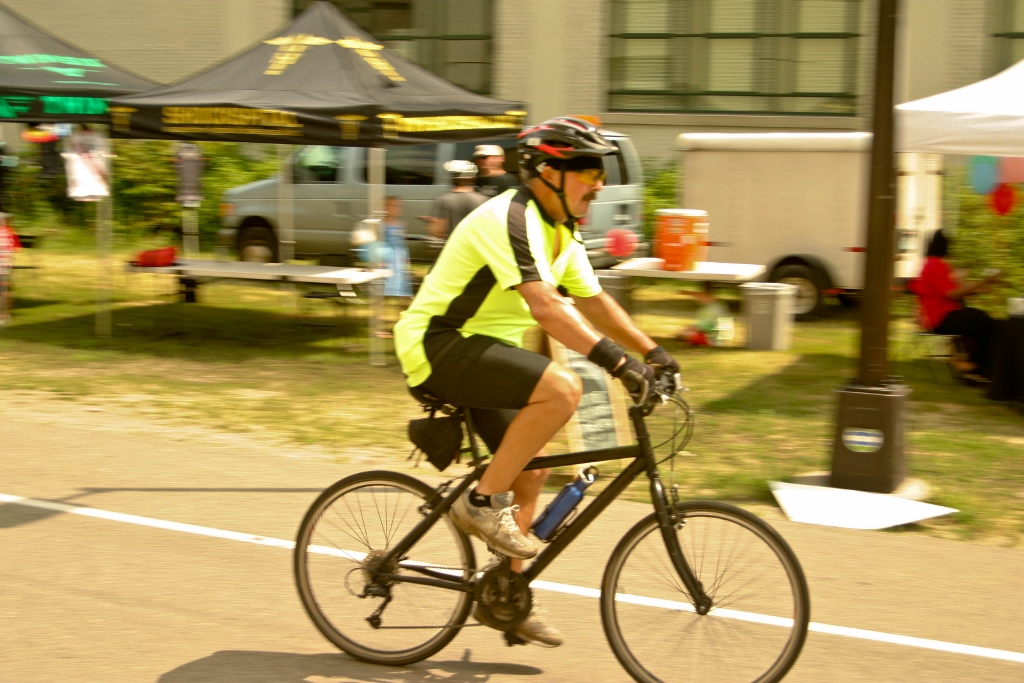 Traffic was heavy on the Greenway. 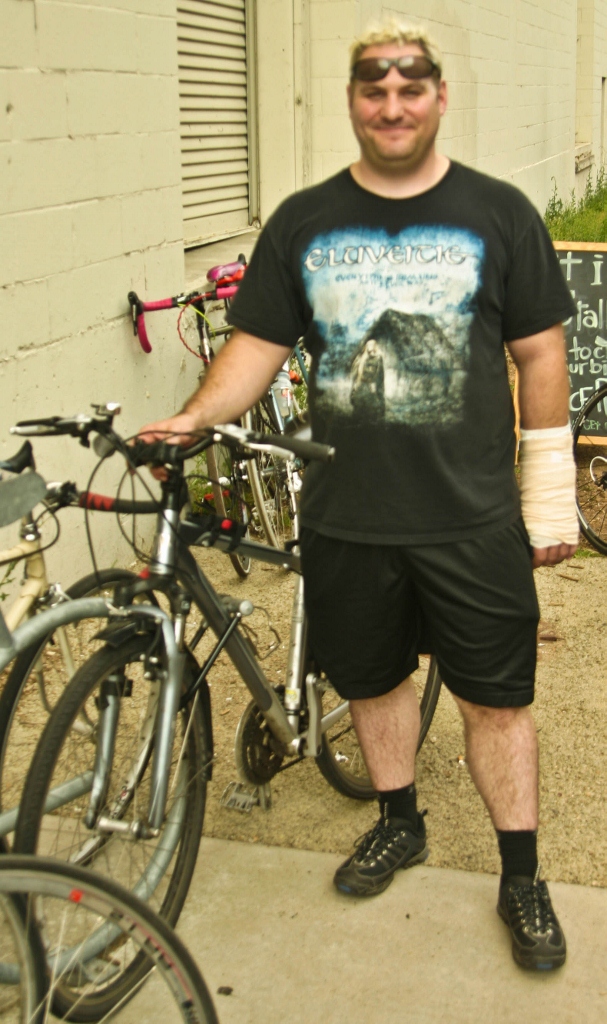 Dave Schueler crashed his bike recently, but did not let his broken arm stop him from riding in a tour organized by the festival.