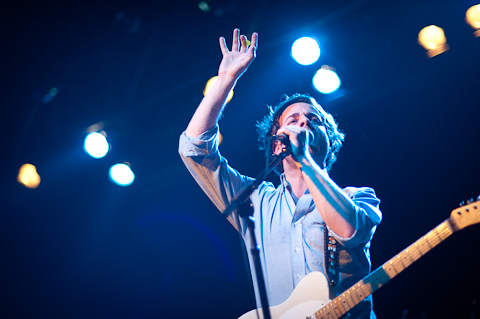 Middle Brother are not new, innovative, or groundbreaking. But then again, that’s not the point. That is not the point of any band in the Americana/indie folk genre, really, and this fact is sometimes poorly misunderstood by music critics who want artists to do something “interesting,” but I digress.

Middle Brother are a collaboration between Dawes frontman Taylor Goldsmith, John McCauley of Deer Tick, and Matt Vasquez of Delta Spirit—an indie-folk supergroup of sorts, much in the way of Crosby, Stills, Nash, and Young. Middle Brother’s debut EP dropped on March 1 without ceremony, and together, they have embarked on this brief tour not really to publicize their album but, rather, it would seem, to have a good time playin’ music for people. Which is just fine by us.

At First Avenue on March 14, the evening was opened by Deer Tick, with their heavy electric-guitar-driven variety of alt-country rock. McCauley’s lyrics are only sometimes understandable—he’s like a gravelly Levon-Helm-meets-Bob-Dylan—but it fit his cavalier performing style, and the energy of the band was enough to get the crowd stomping. A few songs into the set, Vasquez joined the band on stage and contributed vocals and an electric guitar that he played with reckless abandon.

If early 90s garage grunge chewed on a cowboy hat and washed it down with a bottle of whiskey, that is what Vasquez’s addition to Deer Tick sounded like. Deer Tick ended their set with McCauley and fellow guitarist Ian O’Neill standing on amps and having a guitar duel. The way they were playing I expected metallic confetti to rain down from the ceiling, but I—and the rest of the audience—settled for some heavy metal guitar strings instead.

After a brief intermission, and Dawes took the stage. They opened with the bittersweet ballad “Bedside Manner,” and right away, Goldsmith and company had audience members’ hearts in their throats-where they would remain for the rest of the set. It was like a soothing wave of nostalgia in the wake of Deer Tick’s crowd electrocution.

“Oh Minneapolis,” exclaimed Goldsmith, beaming at the crowd, “there’s no city I look forward to coming to more than this!” True enough, the show Monday night was the fourth visit to the Mini Apple in a year for Dawes—and each time, their professed love for our fine city seems sincere and palpable.

As Dawes continued their set, Goldsmith’s voice was as crystal clear as fresh-cut diamonds. He possesses the ability to sing a brand new song for an audience and have them singing it back by the second chorus—that’s record label gold, and Dawes do it without even trying. Songs are evened out with soulful piano and steady-handed guitar playing, and with Goldsmith’s voice holding everything up, it was impossible not to sing along to every word. And did the audience ever sing along—to every chorus for every song, each time louder than the last. That is the powerful clarity of Goldsmith’s songwriting—even heartbreak and loneliness sound achingly beautiful.

As a quick side note: if Goldsmith wasn’t born with a guitar strapped across his chest, he certainly grew up on the likes of Stevie Ray Vaughan and Neil Young. For such a young stud, he is an old pro—and it is easy to envision him on stage at First Ave twenty years from now, singing with the same heart and soul that exhausts even an audience.

After Goldsmith managed to break the crowd into a two-part harmony on the new song “Fire Away,” he gave a little back story on the Middle Brother partnership.

“You know, this whole thing started because we wanted to let people know that we liked playing together and supporting each other, and we just didn’t really see that happening any more, so we recorded this album,” explained Goldsmith, beaming. “And now, we’re going to bring one of my favorite songwriters out, someone who also helped us write on our album: Johnny Corndawg!”

Corndawg started his mini-set off with the raunchy “Keep Your Body Happy With Exercise,” and I couldn’t help thinking, Lord, this is a real-life cowboy country star in front of us on stage at First Avenue right now. Sure enough, Corndawg was sporting crocodile patent boots with studs, tight faded denim jeans, an obnoxious belt buckle, a bedazzled, leather-bound guitar, a raw cowhide leather jacket, a serious cowboy hat and rose-tinted sunglasses that might have been vintage 1976. Near the end of his delightfully dirty, tongue-in-cheek tunes, Corndawg ditched his guitar—”They’re much better than I am, anyway,” he said, gesturing towards Dawes and taking the microphone between his palms.

Dawes ended their set with their quintessential closer, “When My Time Comes,” a song that for its sheer impact should never, ever disappear from their live performance roster (it might as well be the new “Freebird”). It seems that each time Dawes comes to town, their shows are more solid, more boundlessly entertaining than the last; something about this band resonates, and deeply.

McCauley joined Dawes on stage for their last verse, the loudest I have heard First Avenue not for the volume of the music, but for the volume of the chorus where the entire audience joined in on the song (and I mean every single person sung the chorus back). McCauley is the bad-boy rock ‘n’ roll roots to Goldsmith’s earnest, gracious California twang; seeing them next to each other on stage is like night and day. And the thing I had been wondering since the end of Deer Tick’s set was how Goldsmith and McCauley would work together on stage, with such opposing performance styles and onstage personas. It turns out, the partnership works just fine. Natural, even.

Another short break saw Middle Brother arranged on stage, and with the addition of Vasquez, it was the band proper—plus the other members of Dawes lending a hand on drums, bass guitar, and piano (members of Deer Tick would later join the stage towards the end of the set).

As Middle Brother worked through the songs on their debut album, it was interesting to note how the trio borrowed voice techniques from each other. McCauley’s voice became less warbled on the doleful “Theater,” while Goldsmith sounded like he swallowed a fistful of dirt and gravel before he belted out “Blood and Guts.” Vasquez tamed his volume slightly, and came out sounding like a blend between his bandmates—scratchy, but deep and big.

One of the many highlights from the Middle Brother set was Goldsmith’s solo, “Wilderness,” where the entire onstage ensemble exited the stage while Goldsmith strummed a slow tune. “I plan to be the guy who when he drinks, he disappoints/ They’ll say you’ll kill yourself before you know it/ Well isn’t that the point/ To make it all the more easier to die just/ And all my good friends call me Wilderness,” sang Goldsmith in that way he has of smiling through even the saddest song, so that it doesn’t seem so gloomy or desolate after all.

“The whole idea is to give you guys as much music as we possibly can,” said Goldsmith towards the end of the set. “We know this is a long night, we know this is a Monday, and we really, really appreciate you sticking around. We mean it,” he added forcefully.

With that, the band launched into their last song, their self-proclaimed theme song “Middle Brother,” and left the stage—only to be loudly demanded back a few minutes later for an encore.

“We just came back to see if you were all right,” grinned McCauley at the audience.

The two-song encore ended with a cover of Sam Cooke’s “Bring It On Home to Me,” wherein nearly every band member from Deer Tick and Dawes—along with Vasquez and Corndawg—took a turn at the mic singing a verse, until finally, the entire crowd was unanimously (and noisily) singing it back. I can’t recall ever seeing an audience so wholeheartedly devoted to the performance and so involved—and I honestly can’t imagine it happening quite the same way again.

And then they were done. The lights came up, the screen came down, and it was over. An epic, heart-bursting concert that spanned just shy of four hours went by in a flash, and the remaining crowd stared around at each other, thinking probably the exact same thing: “What a fucking show.” 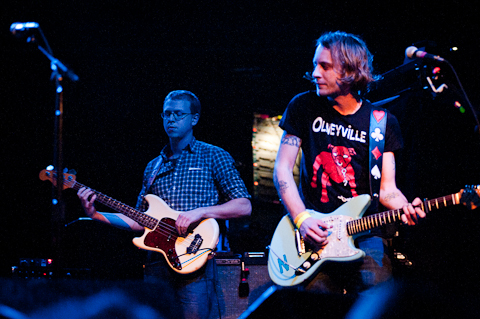 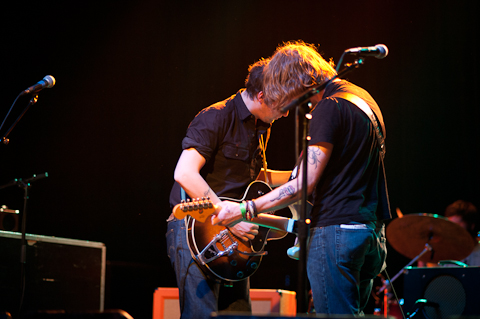 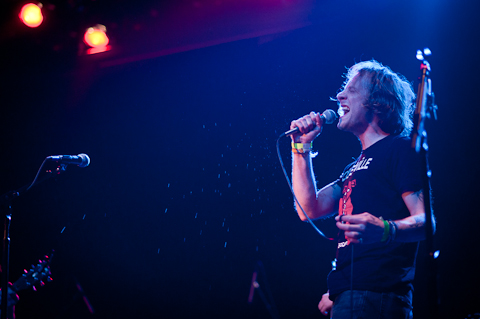 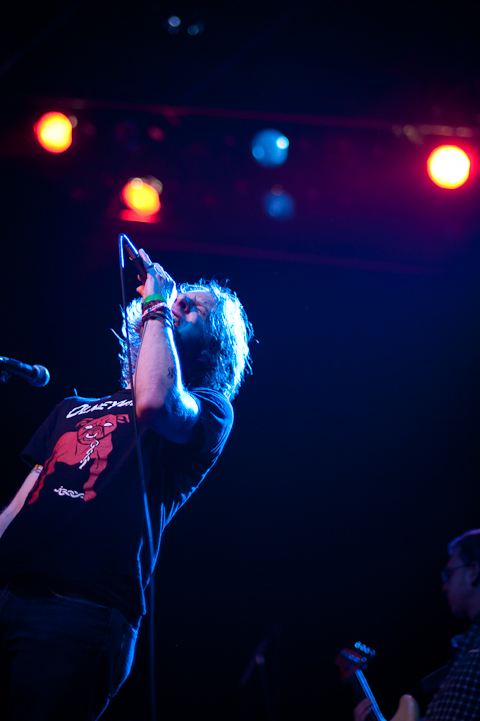 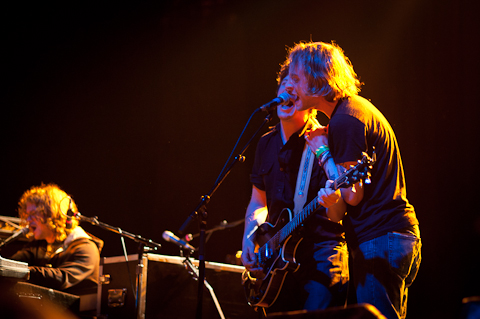 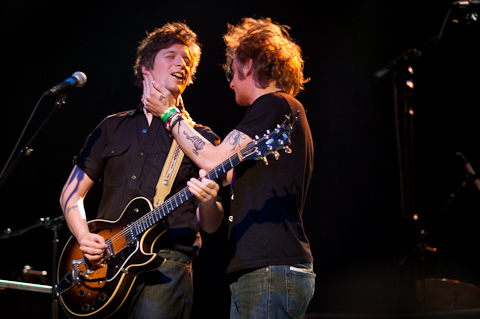 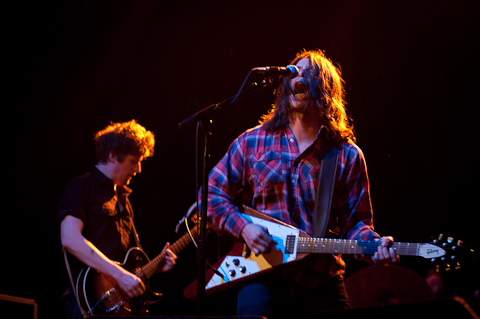 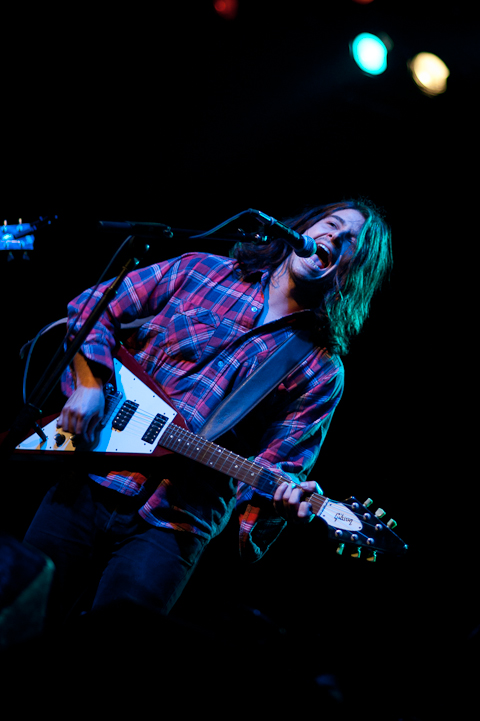 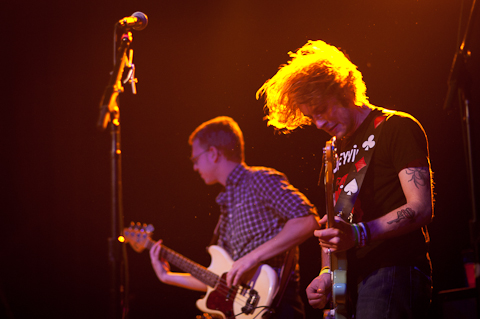 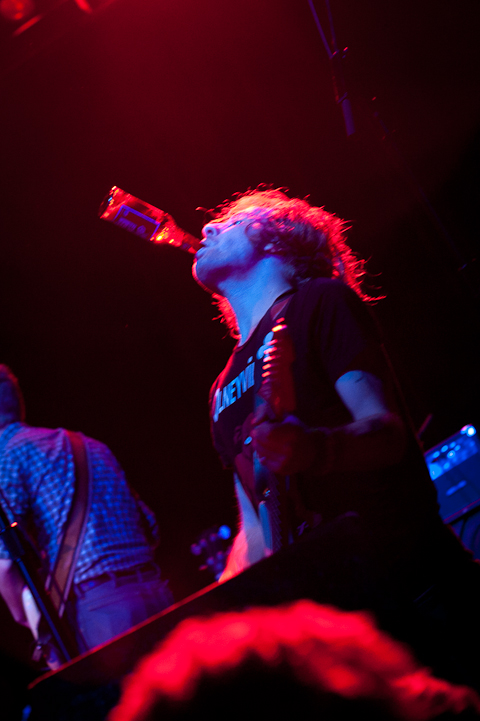 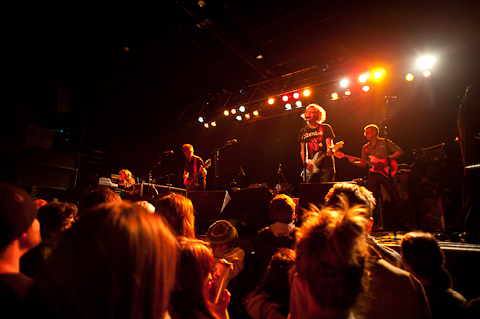 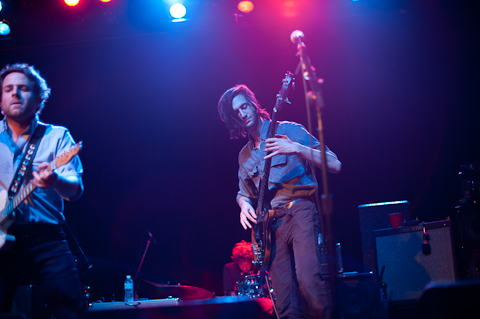 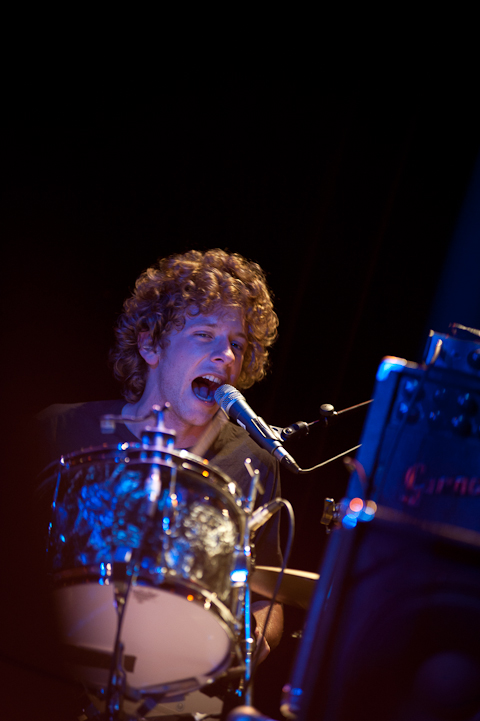 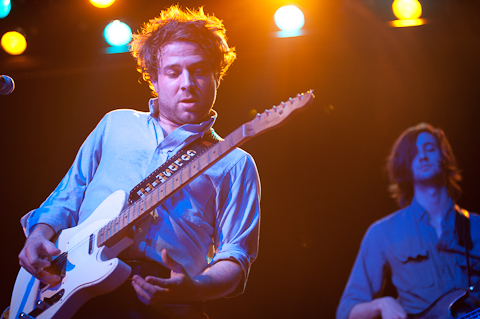 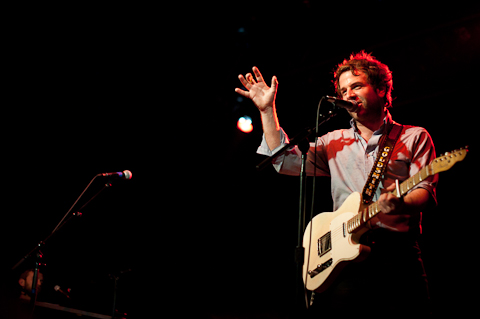 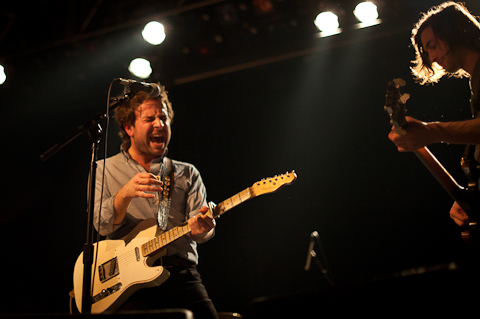 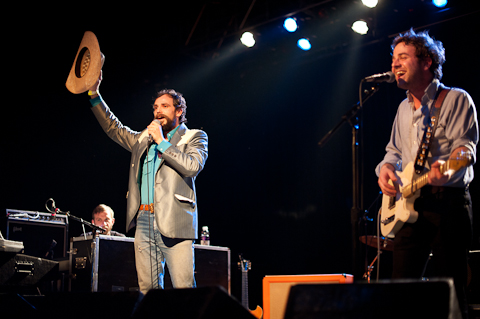 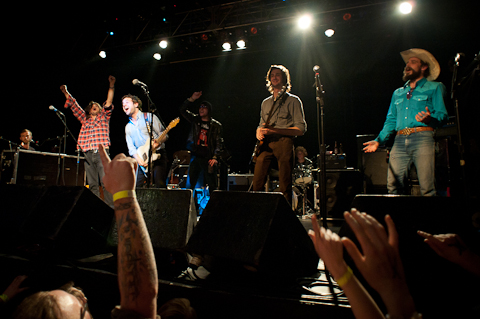 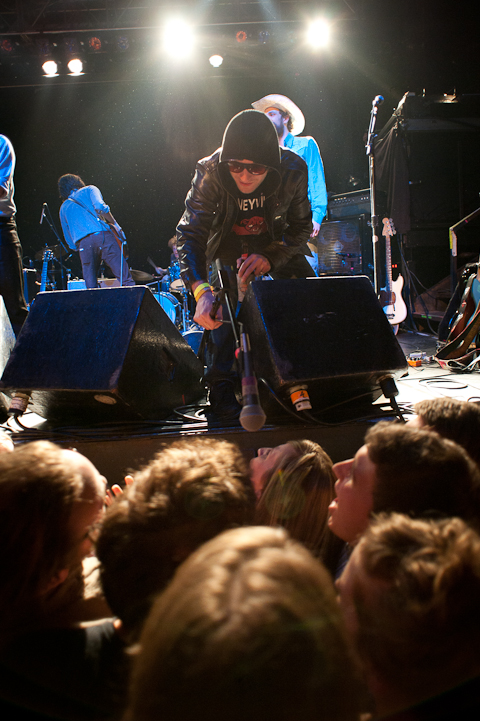 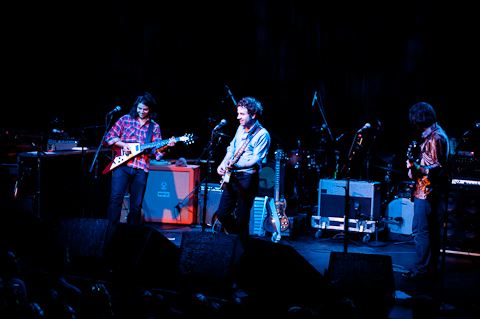 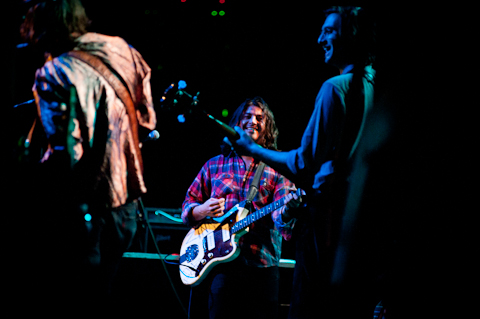 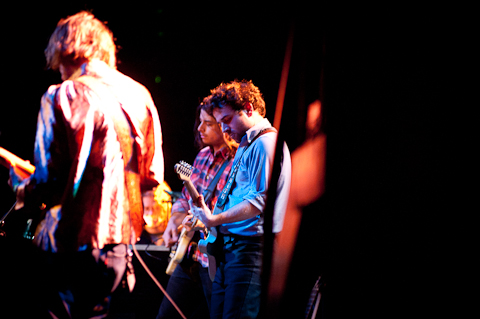 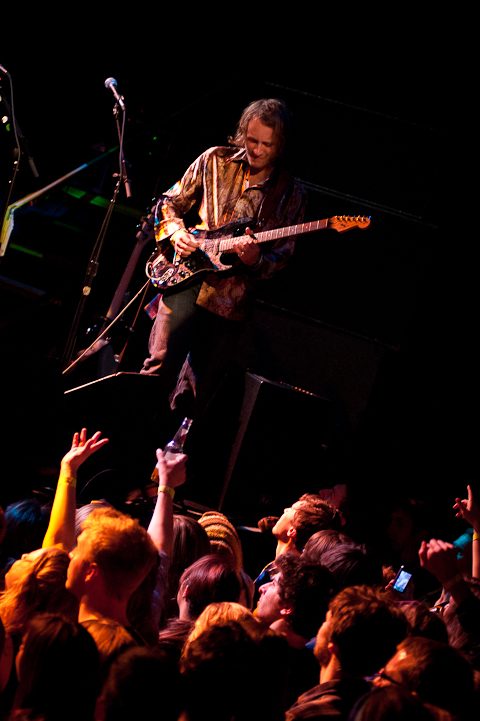 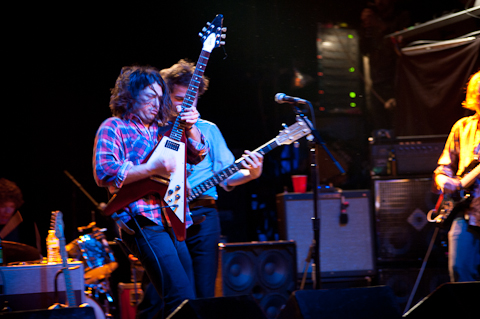 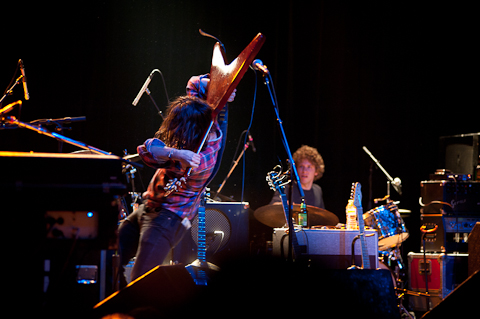