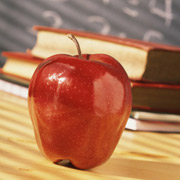 The crowd at Thursday’s forum on segregation in Minnesota’s schools numbered about 60, ranging from young activists to well-established professionals. Hosted by the Public Education Justice Alliance of Minnesota, with support from the University of Minnesota’s Institute on Race and Poverty, the centerpiece was a presentation by Professor Myron Orfield.

Orfield’s hour-long presentation focused on several points. He began by establishing that Twin Cities schools are in fact quite racially segregated and becoming even more so. A significant part of this, he argued, is the result of discrimination in housing and lending practices, as well as how school boundaries are drawn. This has not always been the case; when municipalities and school districts in the metro area were held to more rigorous civil rights rules in the ’60s, ’70s, and ’80s, the Twin Cities was one of the best regions for desegregation. Now we’re at the national norm and getting worse.

He went on to detail some of the effects of segregation on educational outcomes. Increased segregation correlates with lower test scores, higher dropout rates, and fewer college connections. As an example of the last point, Orfield shared an anecdote from a few years ago. In the same day, he visited Patrick Henry High School in north Minneapolis and Wayzata High in the western suburbs. Both schools were hosting college fairs that day. At Patrick Henry, four colleges showed up, but at Wayzata over two hundred did. This is because colleges use high schools as a filter, and increased segregation means that schools dominated by students of color from low-income backgrounds get left out.

One last point of Orfield’s presentation was the dangerous role charter schools tend to play in exacerbating segregation. He demonstrated that most charters in the Twin Cities area are either all white or all students of color (and often close to single-race). While the increase in segregation elsewhere in the Cities area is a result of loosening civil rights rules, charters have never been subject to the same civil rights regulations as other schools.

There was far more meat in the presentation and subsequent discussion than a single blog post can possibly do justice to. The big takeaway for Minnesota progressives? It’s time to push for stronger civil rights rules that apply to all schools and municipalities. It’s better for all students and the just thing to do.

Interested in learning more? Check out the websites for PEJAM and the IRP.