We’re thinking the yellow plants and the grasses are planned because they’re in fields. Holes were cut in the hay mesh for larger plants; The blue plant below is the most vigorous of its variety, others are coming up. (Photos by Margo Ashmore)

First, it seemed like the shrubs and trees were out of control on the Central Avenue medians north of 27th Avenue NE.

Now it’s all green again. Does this mean the weeds have taken over again?

The green look is to be expected, according to First Ward City Council Member Kevin Reich, while the low native plantings take hold.

“They’ve laid down the bedding with the seeds,” he said. “It takes a little while to establish.”

“At this point, it all looks green, and to the untrained eye, it looks like chaos,” he said. What people see now is “mostly native plantings taking root.”

Those plants are “tough stuff,” he said, that “target invasives” and will help keep the medians free of weeds.

He acknowledged that the median growth includes “volunteers that aren’t part of the project,” but he expects the companies that are implementing the project will remove them soon.

The trees and the larger shrubs are scheduled for planting in the fall, he said, and that work is still on schedule. Initially, though, workers are establishing “the base line of the main strip first.”

Reich said earlier that the medians will have a variety of heights and colors in the plantings, with shorter plants at the ends, to improve visibility at intersections, and taller plants and trees toward the middle of the blocks. 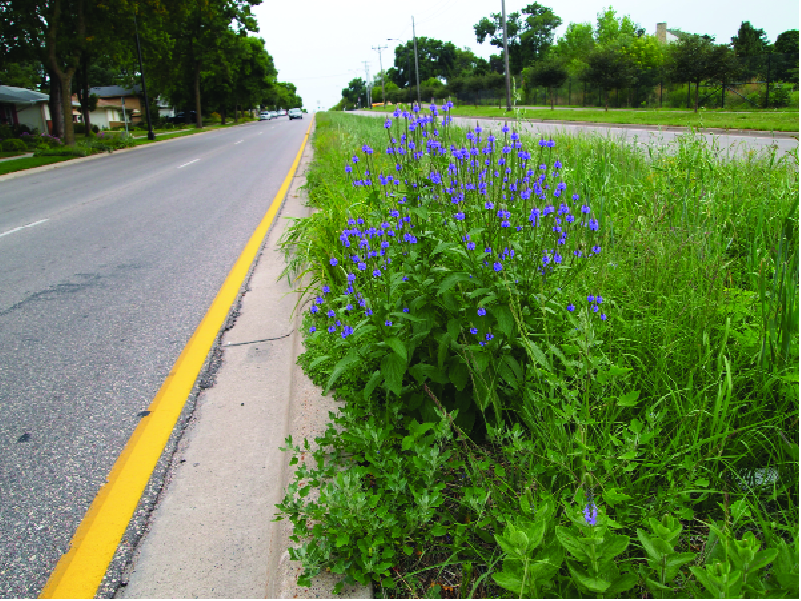