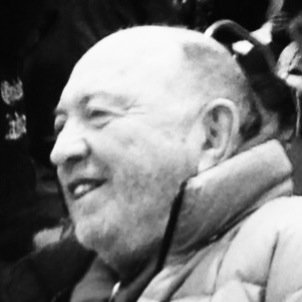 The Tilsen family is amazing, inspiring and a blessing to Minnesota. Kenneth Tilsen died on Sunday, September 1 after a long and distinguished life. Here’s the obituary sent out by his son David Tilsen:

The people of our state, nation and world lost a beloved champion for justice, peace, and the impartial rule of law when Kenneth Earl Tilsen died after a long illness on September 1, 2013  in Hudson Wisconsin with his youngest son Mark, and loving companion Connie Goldman at his side.  Ken Tilsen was a passionate and persistent worker for a more just, fair and safer world.  Ken loved the law.  He was personally offended when it was twisted to serve the rich and powerful at the expense of normal people trying to live their lives.  He was an ally and worker for civil and human rights, and considered his responsibilities as an American citizen to require him to challenge his own country’s policies and actions when they were in the wrong.

As a nationally known attorney in St. Paul Minnesota, he would never stop when faced with clients whose life, liberty or basic human rights were threatened.  Other lawyers knew him as the guy who never gave up, who never closed a case.  He left a lucrative practice as the managing partner of a major Twin Cities law firm to go into private practice in 1967.  He did this because he did not want his work in supporting the anti-war movement, the anti-draft movement and the civil rights movement to reflect on his partners and friends and because he wanted to define for himself a better kind of law practice and be a better kind of lawyer.

He raised the five children he had with his wife and longtime partner Rachel Tilsen with strong values, and challenged them to be competent, independent, intelligent and conscious in their life choices.  He also adopted and fostered additional children, in fact their circles of friends were often as close as family members.  At the dinner table and at the family’s large annual Passover Seders he included clients, and people facing repression, arrest, deportation or economic hardship because of their actions, or station in life.  The conversations at these tables challenged all present to think deeply and feel deeply about questions of choice, responsibility, and privilege.  He was very aware of his advantages as a white, economically well-off American, and was more than willing to use these advantages to confront and weaken their impact on the world.

The list of clients and movements he was part of reads like a history of twentieth century post-war activism.  They include The Mississippi Freedom Democratic Party, The Civil Rights Movement, draft and military resistors, the Minnesota 8, the sanctuary movement including Rene Hurtado who faced death if he was returned to El Salvador after blowing the cover on American involvement in death squads and the murder of Bishop Romero.  They include the struggle of farmers to stop the Powerline in central Minnesota, The Honeywell project, the Women’s movement for fairness in divorces, the 30 year work as legal director of the Wounded Knee Legal Defense/Offense committee.  He was a major player in the Minnesota campaigns of Gene McCarthy, George McGovern, Paul Wellstone and many, many local races.  He worked with Paul Wellstone to get Judge Michael Davis appointed to the Federal Bench, an effort which included many flights to Washington to meet with officials of Congress and the White House.

For all of his efforts he was called a communist, a trouble-maker, audited by the IRS in 10 successive years of “random” audits and subpoenaed by the House Committee on Un-American Activities.

He was also honored by being named one of the Minnesota’s 100 most influential lawyers of all time by the Journal of Law and Politics, one of the 11 Who Care by the St. Paul Pioneer Press, ACLU Earl Larson Award, the National Lawyers Guild Lifetime Contribution to Social Justice Award and many more.

Most important to Ken are the many lawyers and activists (including his children, grand-children) who he mentored and who are now wearing Judges robes, running socially-conscious businesses, working to improve and empower communities and raising more children to continue the work.

[For another obituary, with additional details, see the Pioneer Press article.]