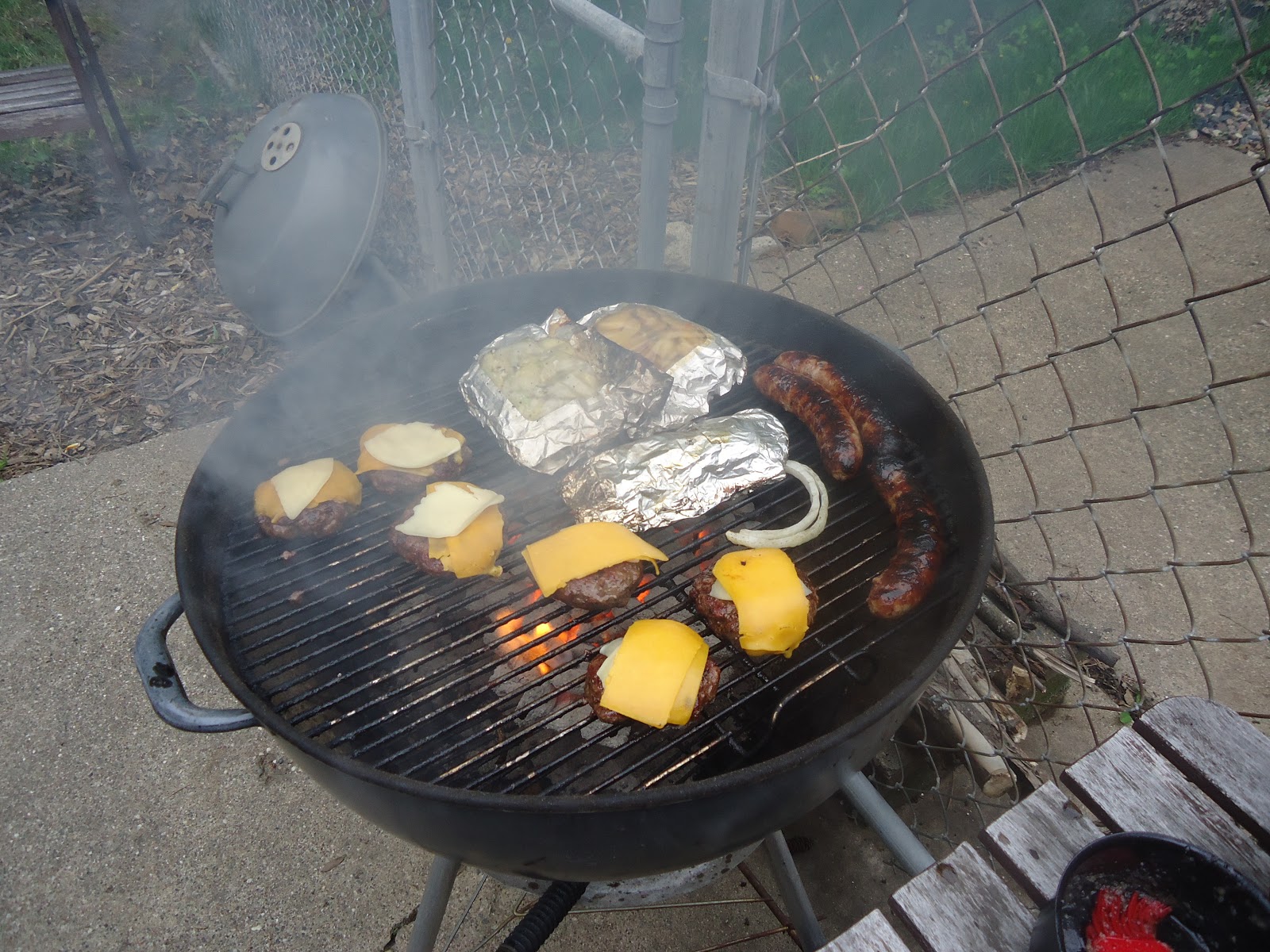 When it comes to outdoor cooking I am slightly bossy, a tad possessive, and yes I admit a bit of a charcoal fascist. I don’t suffer any fool who wants to mess with my fire (although I do appreciate when T places the coals inside of the chimney and lights it). I don’t even want someone else to stack the coals once they are lit. I trust my technique over an amateur‘s.

Another Memorial Day Weekend meant another annual viewing of The Big Lebowski. We mark this beginning of summer with good friends and burgers (a la In-N-Out Burger). We gathered in the backyard and T lit the coals. The men stood back in appreciation. Then they began to assist.

Place a few men around a grill and you’ll soon have too many hands in the charcoal. One guest poked the embers with a stick while T attempted to nudge his way in with additional coal. A fight broke out over the grate brush. Another guest used sharp tongs to put burgers over the fire which left deep sloppy tears in my carefully constructed patties.

By the time I was able to intervene there were flames creeping over the brats and they caught fire. Guest Who Shall Remain Nameless (you know who you are, John) started flipping raw burgers just as I reached him. “NO FLIPPY! NO FLIPPY!” I shouted. He jumped back and relinquished the spatula, head hung low with grill shame. His quest to master the coals had him forgetting Rule Number One of BBQ: Never flip a burger before its time.

As your patio fills with overzealous griller-wannabes this summer, give them something sweet to keep them busy. Ben and Jerry’s announced that they are reviving their White Russian flavored ice cream, and while I wasn’t able to procure any this weekend it did give me the idea for an ice cream cocktail. The Dude Abides is a tribute to the chosen beverages of The Dude and The Stranger. The combination of coffee and root beer is unique and rich. It really ties a summer BBQ together.