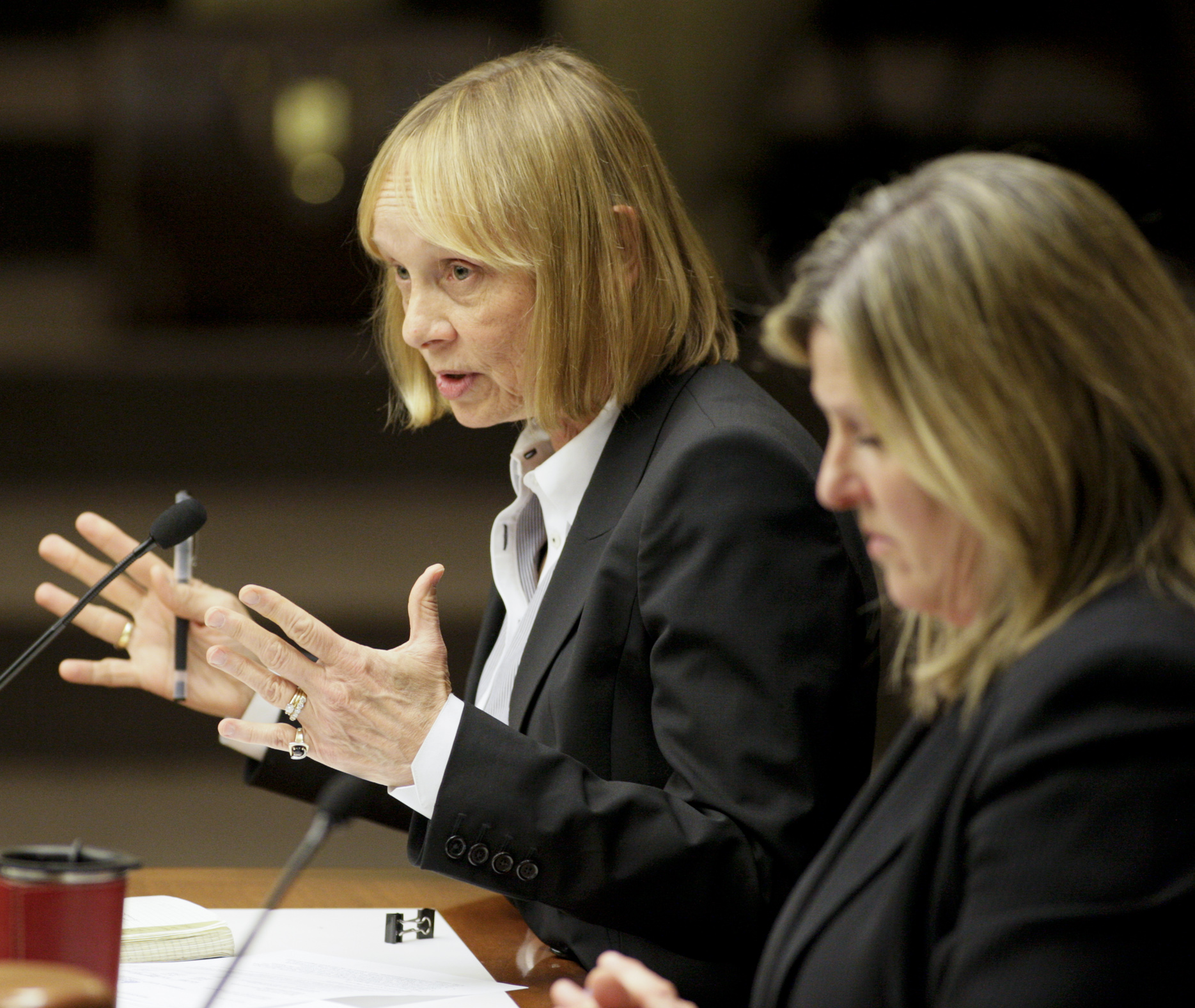 Legislators swallowed hard as they considered a bill Wednesday that, as Rep. Steve Drazkowski (R- Mazeppa) said, is “intended to help pay for a mistake that we made.”

The clock is ticking down to August when state bonds are expected to be let for the new stadium to house the Minnesota Vikings. Projected revenues from e-pull tabs, to be used to pay for the bonds, are falling short of projections. Rep. Ann Lenczewski (DFL-Bloomington) doesn’t think the Legislature can wait around until next year to see if that changes.

“We know we are not going to be here after May 20, and won’t be back until sometime in 2014. … The project is moving ahead. If we want to be responsible, if we see a gap coming, we should solve it now,” she told the House Taxes Committee.

While she didn’t support last year’s stadium measure, and doesn’t want to revisit the issue, she said it is their responsibility to have a plan in place in case revenues continue to fall short to pay the state’s portion of the new project.

Lenczewski, committee chair, sponsors HF1743 that would place a new 10 percent gross receipts tax at the wholesale level on professional sports memorabilia. And also extend the existing sales tax to suites, box seats and seat licenses in stadiums and arenas. The bill was held over for possible inclusion in a committee omnibus bill. It has no Senate companion.

Supporters of e-pull tabs say the revenue verdict is still out, that the devices have been slow to be placed in sites. Lenczewski said they haven’t got the luxury to play wait-and-see. If the bill is passed, she would like to see the taxes implemented immediately.

According to a Department of Revenue analysis, the new taxes could generate nearly $9 million in fiscal year 2014 and over $12 million annually after that.

By all accounts, that’s not nearly enough to pay the bonds, and some lawmakers say this is a long-term problem that needs a long-term solution.

Rep. Pat Garofalo (R-Farmington) commended Lenczewski for trying to address the problem. He called for a larger Vikings contribution to the stadium. “I think this is a reasonable conversation that we should be having. There is strong bipartisan support to have them be part of this solution.”

Some lawmakers questioned why all sports memorabilia should be subject to the tax to benefit the Vikings.

That sentiment was brought forward by representatives from the Minnesota Twins, Wild and Timberwolves organizations, who spoke about the proposed “suite” tax.

“We have some concern about the legislation as it comes down to the accessibility and the affordability of the suite tax. We know what it took to get the (Target) field built,” said Kevin Smith, Minnesota Twins senior director of communications and broadcasting. He said that a public-private partnership was created to fund the new ballpark and that this tax could affect finances.

Rep. John Benson (DFL-Minnetonka) countered, “There is no free lunch — and there certainly wasn’t for the Twins stadium.”