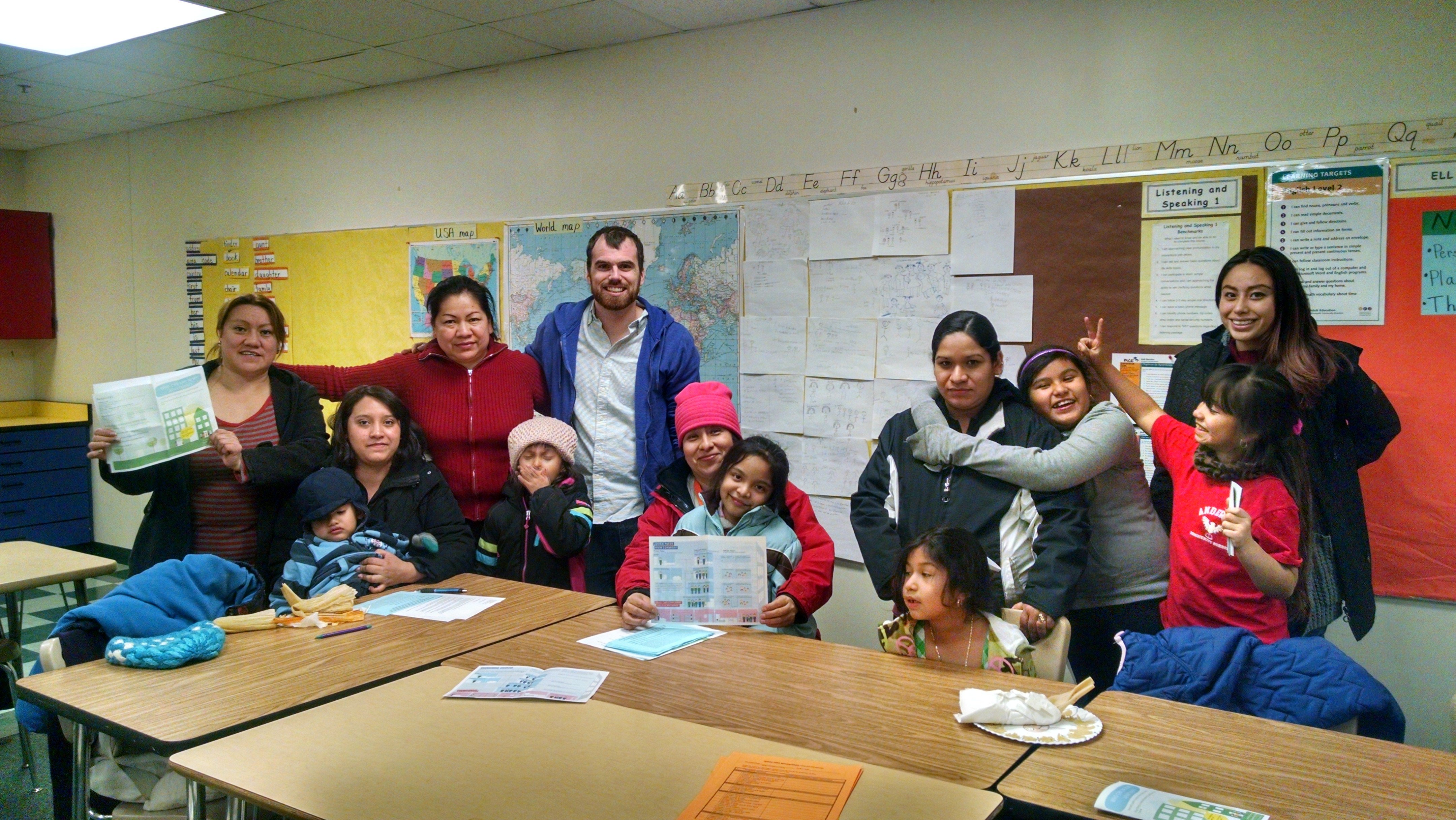 Despite the arrival of snow and winter cold, 5 households attended the neighborhood’s Tenants’ Council on Wednesday, November 12.

Residents discussed continued confusion with their landlord over direct utility billing on gas and water. Thermostats in the apartments do not function, several with exposed wiring. Draftiness is a top concern as most units have single pane windows despite Minneapolis Housing Maintenance Code requiring storm windows or double pane glass.

The bills have also led to a crisis of affordability for family budgets. One in three households have moved out after struggling to come up with $90-$130 in new utility costs and continually getting hit by $50 late fees.

Legal advocates including HOME Line and Mid-Minnesota Legal Aid have advised that the system of billing know as Ratio Utility Billing Systems, or RUBS, is counterproductive to resource conservation as structural inefficiencies that only the landlord can fix are the main cause for high costs. Residents are requesting a meeting with their landlord to discuss conducting an energy audit of their buildings, a similar process that several other Corcoran households have done through the Home Energy Squad program.

Concurrently, a community planning effort known as Partners in Energy has been started by Excel Energy for the Midtown Corridor. Energy efficiency in multifamily housing has been discussed as a priority, and the utility companies are developing new incentives and programs to address this need.

A University of Minnesota staff member Kristen Murray with the Center for Urban and Regional Affairs (CURA) also joined the Tenants’ Council meeting. Kristen shared a draft visual flier that is being developed in partnership with CNO and Lyndale Neighborhood Association to better explain how many people can live in an apartment. 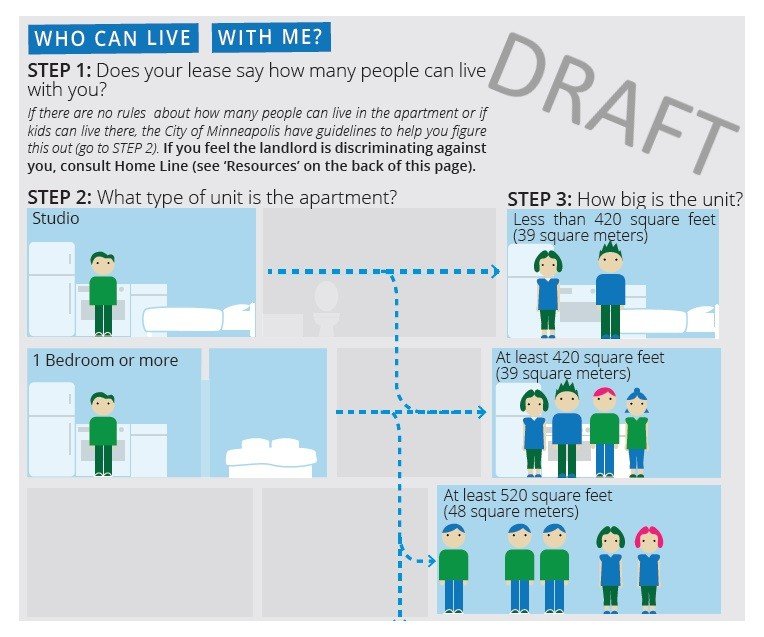 City ordinances and zoning code as well as rights under federal Fair Housing law on top of lease agreements all make the question hard to answer. Residents shared constructive feedback on the project while retelling their own experiences with discrimination based on the size of their family.

City Council Member Alondra Cano has expressed support of this effort to better explaining City ordinances, as well as potential policy changes to how the City defines a family and other housing standards.

CNO will continue to stand shoulder-to-shoulder with our residents on housing issues. Everyone has a right to decent housing that is safe, healthy and obtainable for working families. Community organizing and landlord partnership can make that happen.