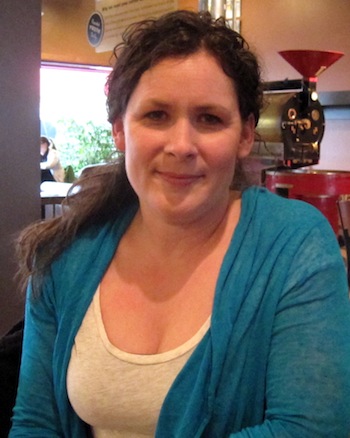 Rebecca Gagnon moved to Minneapolis with her husband and three kids nearly three years ago, but in that short amount of time, she has been extremely active in the community as well as the school district.  Since her family moves frequently because of her husband’s job with 3M, Gagnon is not one to wait very long before she jumps in.  Before she was elected to the Minneapolis School Board last fall, she was on the MPS district Parent Advisory Council, and served on the K-5 Literacy Adoption Committee for the district, as well as co-chairing the Area C Steering Committee and residing on the Whittier PTA Executive board.  Here’s a conversation we had with Gagnon about her hopes for Minneapolis Public Schools.

Twin Cities Daily Planet: Why did you decide to run for the school board?

Rebecca Gagnon: When we moved here from Austin, Texas, I naturally got involved in the schools… I just found parent community engagement was not effective.  For me it was non-existent.

TCDP: How can the district improve community engagement?

RG:  Two years ago my youngest started kindergarten.  This was the first place we’ve lived where parents weren’t invited in.  There was no organized effort in elementary school—that is really unheard of in a lot of places.  We have to work on getting parents into the school to help teachers organize, and building the parent network in to the schools

TCDP: You were incredibly involved when you moved here.  What was your experience as a parent trying to work with the district?

RG: I went to every meeting. I studied up and I researched.  We’d meet and we’d meet and there would be no follow up.  You’d watch the board meeting and see no effect of what we had done as parents and community members. I know they were going through the motions, spending time in the community.  Those meetings were people talking at the board.  There was no interaction and no feedback.

TCDP: Do you think part of the lack of community engagement is that parents aren’t interested?

RG: No.  To me it’s been the district.  I came in as a parent and wanted to jump in wherever I could.  I’m not a person to sit back and be invited.  But that’s not case for Minnesotans.  The culture here is very different.  You can’t just say no one wants to come if they don’t feel invited and it’s not welcoming.  People aren’t going to come back if there are no translators, if papers aren’t translated.  They’re going to feel uncomfortable.  I personally haven’t seen this big percentage of parents that don’t want to be involved.  I’ve seen busy parents.

TCDP: How does marketing fit in?

Marketing is a huge part of everything we do.  Just being available to the community is better than anything we’ve done in a long time.  There’s a fear you won’t be able to answer a question. … If you are out in the community all the time, you clear up a lot of misunderstandings.  There’s so much detail, on the federal, state and local level— property taxes, levies. You can’t expect anyone to understand it. There’s a lot of frustration.  …  Marketing is about being open to the public.  And accessible.

TCDP: How do you build confidence in the school district?

We are focused on the negative.  Kids hear it.  I have gone into high schools. Students hear that they are failing, especially students of color.  We need to really watch our language.  With the achievement gap, we need to state the problem differently.  It’s not the students that are failing.  We haven’t prepared them for high school well enough.  The city hasn’t helped enough.  The city hasn’t helped us.  We can’t solve segregation and homelessness.

…We have a lot of negative perception of some of our schools that have been turned around.  Patrick Henry is doing so well.  People still believe it isn’t.

TCDP: What are some of your goals for your time at the School Board?

RG: There’s still a lot of institutional racism.  Our kids in our schools are treated differently based on race.  We need to do more cultural proficiency training for everybody.  We need to feel like all our kids have an equal voice.

We are 70 some percent communities of color.  We need to move to that reality. Somehow we think we are all white because it always has been.  We are incredibly diverse.