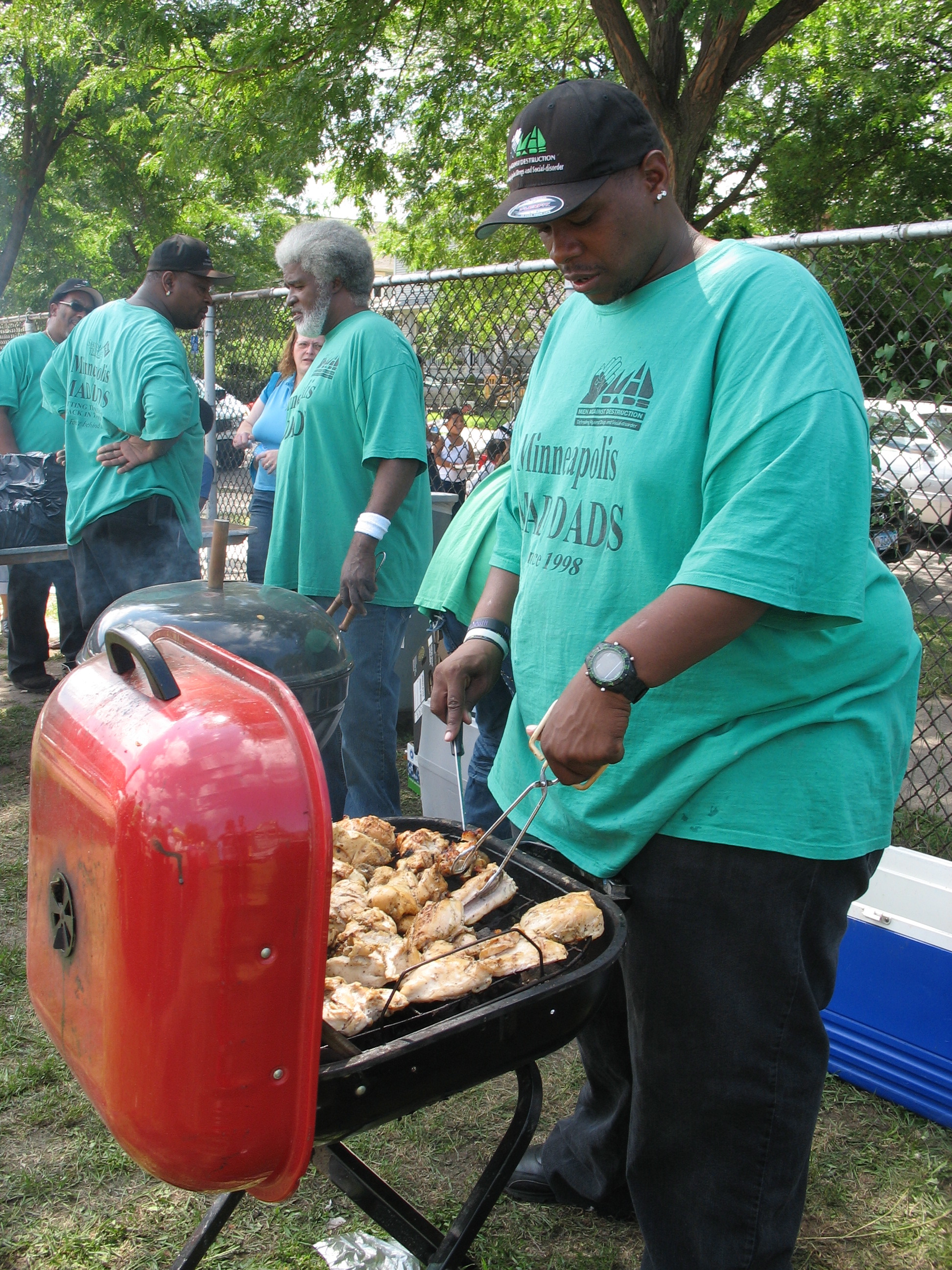 You might notice them first by the bright green t-shirts they wear on the bus, but the MAD DADS do more than just ride the Metro Transit lines.

Smith founded the Minneapolis chapter of MAD DADS, or Men Against Destruction, Defending Against Drugs and Social Disorder, on October 3, 1998.

“In 1996 and 1997, I was going through a lot of negative things in my life—abusing drugs and alcohol. But then I got connected to God and I wanted to give back to the streets because I came from the streets,” Smith explained, “So we started a chapter of MAD DADS in Minneapolis and hit the streets.”

The original MAD DADS was founded in May 1989 by a group of concerned African-American men and parents in Omaha, Nebraska who were tired of seeing their community plagued with gang violence and illegal drugs. The founders presented themselves as positive role models against the negative forces destroying children, families, and neighborhoods.

The Minneapolis MAD DADS chapter was formed to mobilize strong, drug-free men of faith to reclaim their neighborhood, one child at a time. They have expanded to include a “Mom’s Division” as well. 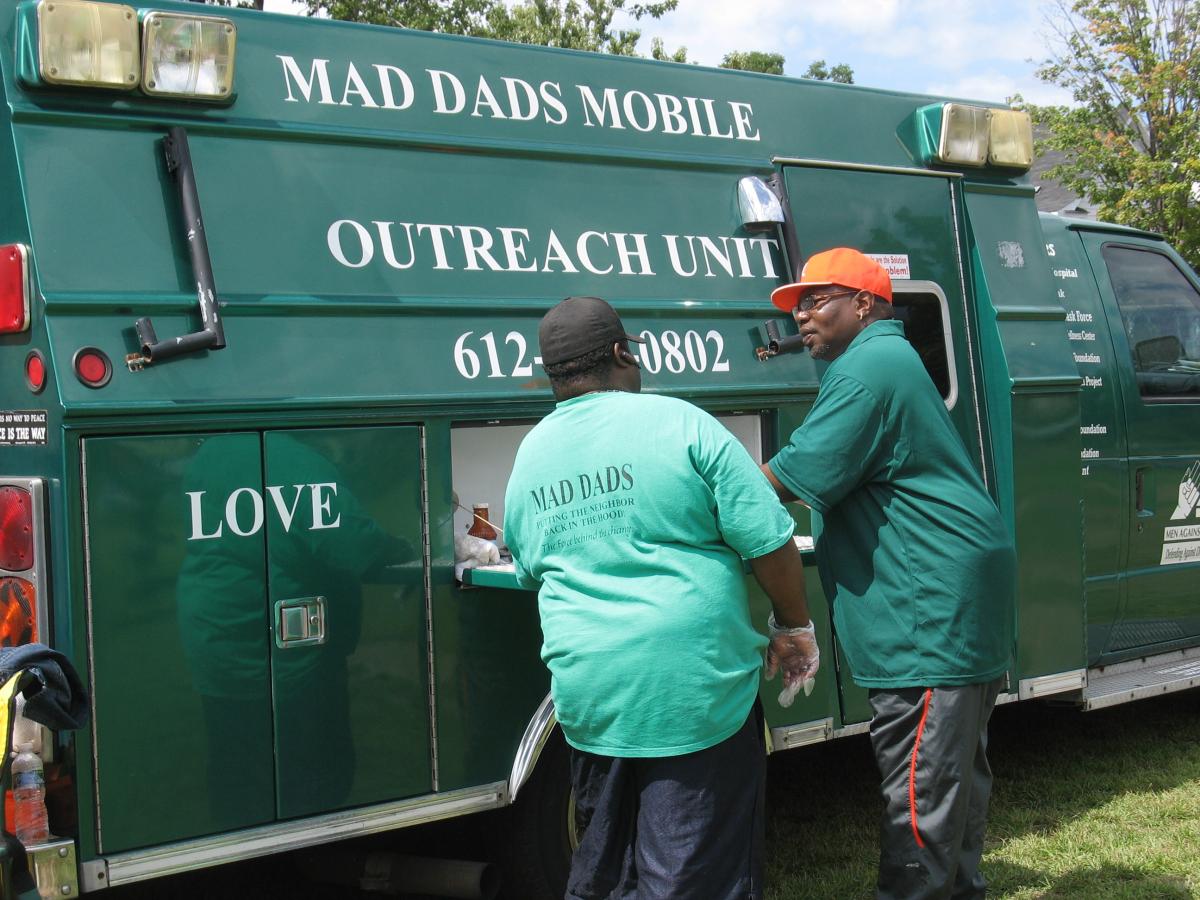 “It’s been a beautiful thing. We’ve been able to change the lives of millions of people since 1998,” Smith said, “This weekend we’re doing a health event. Millions of men are dying from not eating right and not getting check-ups. If our men live longer, our families do better. You need a male role model in the home. Kids have a hole in their heart when they’re missing a dad, so we’re trying to get men to stand up.

Smith knows first-hand what it’s like to grow up without a dad. At the age of nine years old, Smith was placed in foster care after his parents abandoned him. He eventually ran away and became involved with the drug trade. In the 1980s, he was arrested and decided he needed to turn his life around.

According to Smith, crime on the buses they ride decreased by about 38 percent since they started the “Peace Bus” program. Three days a week from 3 pm to 8 pm, MAD DADS don their green t-shirts and ride the Metro Transit to help decrease crime rates on the bus lines. Last year, the MAD DADS Street Outreach Patrol rode over 10,000 hours. The program has received positive feedback from both riders and drivers. Bus drivers have even requested MAD DADS to ride more often.

Unfortunately, MAD DADS is limited by their budget. The Minneapolis chapter of MAD DADS has only six staff on payroll and about 80 volunteers.

“We have a lot of volunteers,” Smith admitted, “Programs are losing funding in a lot of ways. About 12 or 15 of our staff are volunteers who come in without pay.” 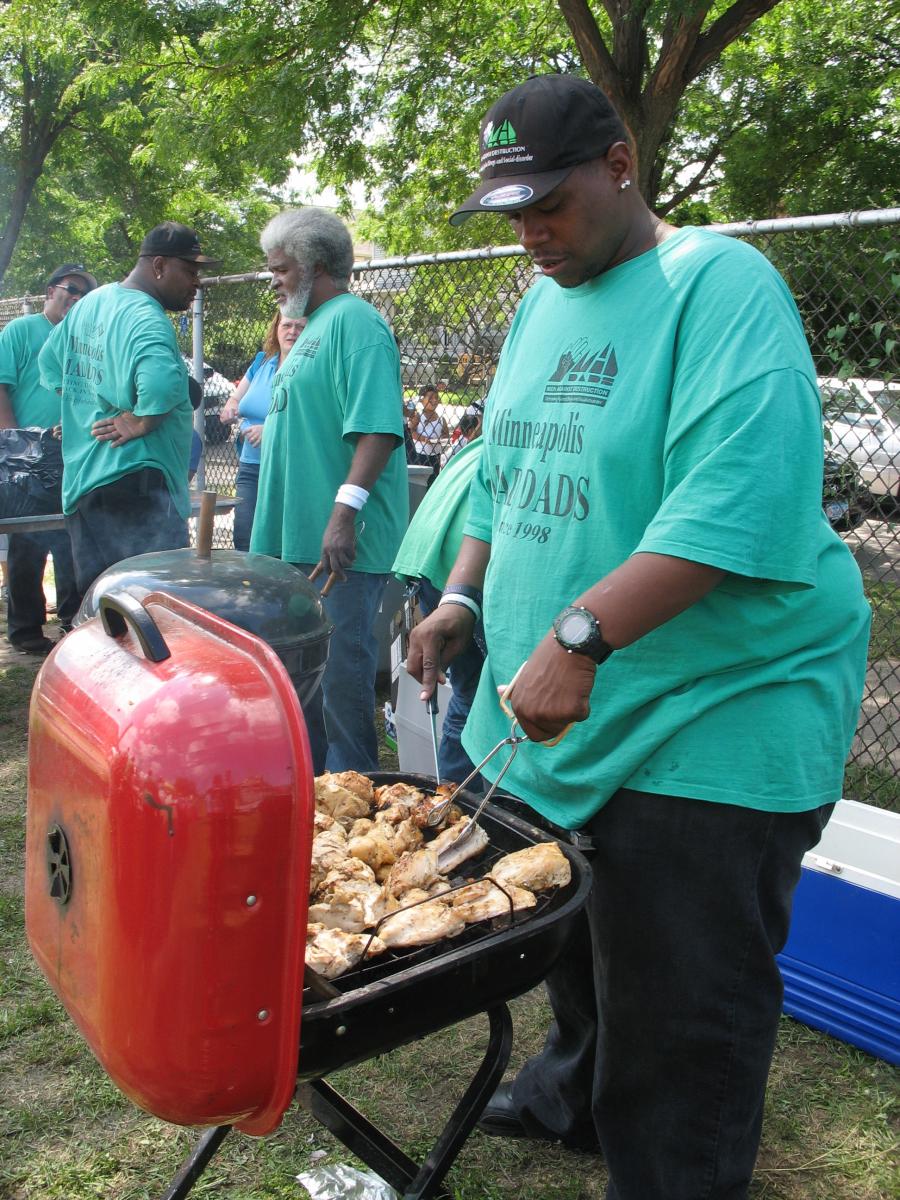 And there is plenty of work for the volunteers when they come. Besides Peace Bus, MAD DADS has a weekly “Street Talk” television show every Thursday on Channel 17 (MTN) at 7 pm, a “Minneapolis MAD DADS Live” blog radio show every Tuesday at 1 pm, and several special events like the recent Hue-MAN’s “Boys to Men” Health & Resource Fair on August 18.

MAD DADS visits the Hennepin County Jail twice a week and encourages inmates to be involved with its programs, especially the Urban Ventures Fathering Center. In 2011, they helped over 1,000 incarcerated adult men and over 800 youth offenders. Volunteers logged 30,000 hours and served 20,000 people in total last year.

Many volunteers say they are inspired to help out because of Smith’s energy and because they have a passion for assisting others. 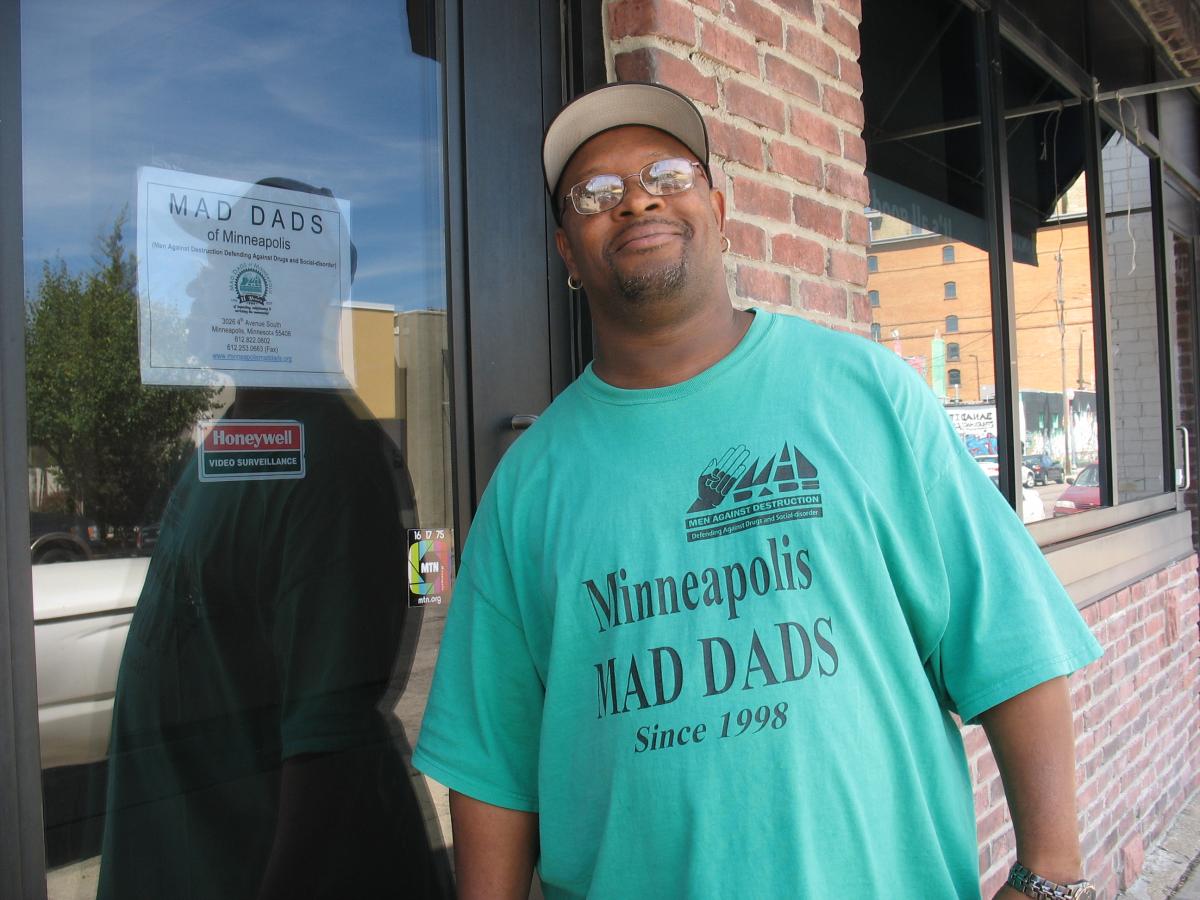