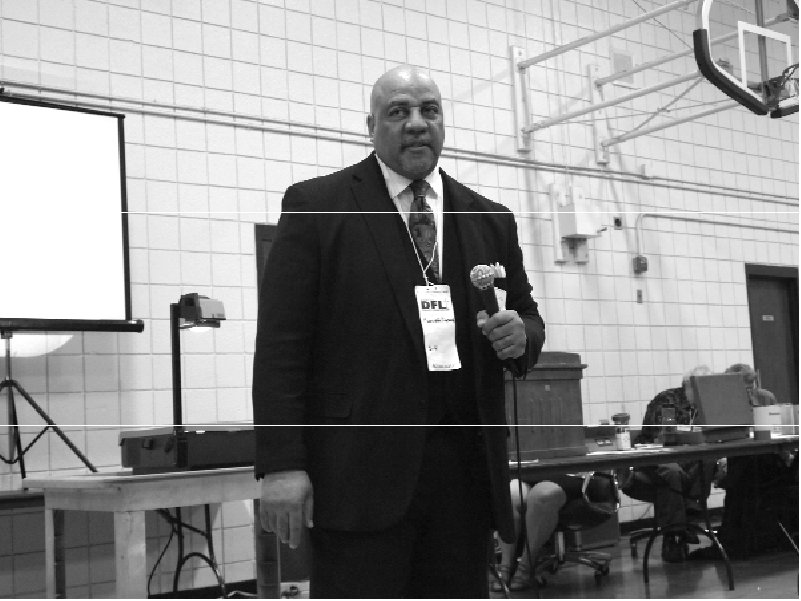 Ken Foxworth says his low profile in the run-up to the Minneapolis 5th Ward DFL Convention stems from his working two full-time jobs: Special projects coordinator for Delta Airlines, and managing the Transition Plus program at the Minneapolis Public Schools (MPS). With school out, he’s ramping up the door knocking, calling, “every church I can. I want to be innovative,” Foxworth said.

His theme, “We’re not divided. We need to be connected.”

Foxworth’s parents were community people, his father was a union representative. He would find it “hard to kiss the ring” but sees networking and creating relationships with other council members to be key, not to “sell your own shirt to get the peace we need.”

His issues are crime, economic development, and housing. “I wish we could find a program like Americorps, to get them into housing. There’s no tax base when you rent.” Foxworth said a small group of people are responsible for crimes; “CODEFOR worked, now there should be a community CODEFOR.”

On economic development: “If Lake Street can do it, we can. We just have to believe, and change how we think.”

Foxworth played football at the University of Minnesota and was an All-American; earned his bachelor’s degree in human services there, then a master’s in urban studies from Mankato State University. He designed the ACE Institute of Learning for MPS and worked in the Minneapolis park system.

Foxworth said he is including students in his campaign; “what I’m trying to produce is to get people to stand up.”