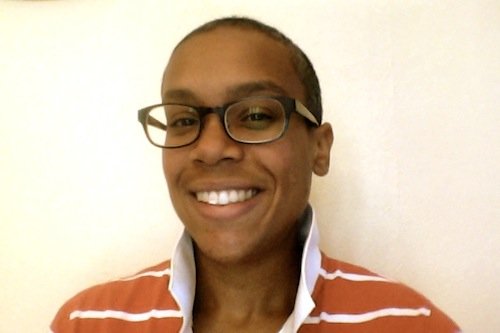 Since beginning graduate school, blogger Erica Mauter has gotten more involved in the political process by volunteering for different campaigns, but now she’s ready to take her civic engagement to the next level by becoming an election judge. We talked to Mauter about her reasons for making the decision, and what she expects.

Is this your first time being an election judge?

Erica Mauter: Yes, it will be the first time.

What made you make this decision?

I have spent the last couple years in grad school as a full time student, which has afforded me some free time. Part of how I spent that free time was to volunteer for a few political campaigns. So I spent a lot of time on the Minnesotans United campaign and spent a lot of time last year volunteering on the Betsy Hodges for Mayor campaign. The combination of doing those things and meeting people that also do those things led me to pay more attention to the administration of the election. Also I have friends who have been election judges, and I just realized during the Hennepin County special elections we just had that I know one of the judges in my own precinct, so it just seemed like a different way to get involved.

What are you expecting as far as what being an election judge will be like?

I’m expecting a pretty interesting gap in turnout between the primary and the general election, so I’m curious to see what that actually looks like in that realm. The other thing I’m expecting is to learn more about the same day registration process. I’ve used it myself in the past- but I’m interested to see what that kind of looks like from the other side of the table as far as making sure you have what you’re supposed to have. Frankly I’m looking forward to seeing people who are interested in voting show up and be able to do so even if they just moved or haven’t registered.

Have you ever had issues yourself with same day registration?

I have not. I actually one time used the “have your neighbor or roommate vouch for you” method of registering. I was skeptical about whether that was actually going to work, but it totally did. Even though I knew I met the requirements, and the person that was vouching for me was actually my roommate, I was like, really? This is really a thing? And it went fine, it was no problem.

So you’re going to be a judge for the primary and the general elections?

What kind of commitment is it?

It’s a two-hour training, and then the day of the election, I will be there from open to close. You can choose all day, the first half of the day, or the second half of the day, and I committed to the whole day, so it will be six in the morning to set up, until poll close and things are cooling down, whenever that is. So for the primary it might be very late, for the general it could be a lot later.

And do you have any idea what specific task you’ll be doing?

I don’t know actually. I can recall from my experience that there’s somebody at the end handing out the stickers, there’s people who give you your ballot, there’s people that verify your address, so I’m assuming it’s going to be one of those things.

Why do you think elections are important and this process is important?

I think that despite Minnesota’s relatively high culture and civic engagement, we tend to not really realize the impact of local elections on our daily lives. Federal elections are obviously a lot higher profile, and more exciting for various reasons, but I think voting is the one way that we all have to have a say in what happens. And sometimes it may not feel like it’s effective, but it’s what we got and we should use it.

Have you ever had the experience where you felt someone you voted for or something you voted for had a direct impact on your life?

I think the closest connection I can think of that’s really at a local level is that I live in Southwest Minneapolis, and airport noise is a thing. My council member, John Quincy, has been really effective, I think, advocating for residents with the airport presence.