Will medical marijuana soon be legal in Minnesota? That’s the question getting more and more media attention as lawmakers gear up for the 2014 legislative session, when companion bills to legalize marijuana for medical use will be introduced in both the Minnesota House and Senate.

Recent surveys have shown state-wide support for legalizing medical marijuana. A poll by Public Policy Polling from early 2013 shows 65% of Minnesotans are in favor of legalization, with another 8% undecided. According to a University of St. Cloud study undertaken in late October 2013, 76% of Minnesotans favor the legalization of medical marijuana, and another 4% are undecided.

But public and legislative support may not be enough to change the state’s marijuana laws. The Minnesota Legislature has actually already approved similar legislation – in 2009, a bill permitting terminally ill patients to use marijuana for medical purposes passed in both houses, but was ultimately vetoed by then-Governor Tim Pawlenty. In exercising his veto, Pawlenty cited concerns over the extent to which legalization, no matter how limited, might compound the “serious public safety and health risks” associated with marijuana. 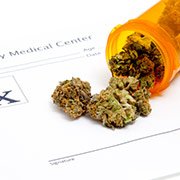 Governor Dayton’s decision to align himself exclusively with the opinion of law enforcement officials on this matter (instead of, say, considering it alongside input from the medical community, Minnesota lawmakers, and his constituents – some of whom are electing to move to Colorado to obtain access to medical marijuana) is puzzling. It’s also downright problematic given the revenues law enforcement agencies generate through civil forfeiture in association with narcotics.

Civil forfeiture occurs when police seize property – such as cash and cars – in relation to a suspected crime (a suspect does not need to be arrested or charged – much less found guilty – before assets are seized). This property is seldom recovered by its former owners, and because law enforcement agencies get to keep the bulk of the proceeds of the properties they seize, critics argue there is a financial incentive to pursue forfeitures.

In 2012, 6,851 forfeitures were reported in Minnesota, and 47% of these were related to narcotics. Since marijuana arrests accounted for 64% of all narcotics arrests in 2012, we can assume that a significant portion of the $6,681,319 generated from asset seizures in 2012 came from forfeiture incidents involving marijuana. Of course, the proportion of this revenue related to medical marijuana is likely small, but if law enforcement agencies are opposing the legalization of medical marijuana at least in part because they fear it will lead to outright legalization, it is possible that concern regarding eventual financial losses is informing this stance. This represents a clear conflict of interest.

If medical marijuana is legalized in Minnesota, law enforcement agencies will certainly play a crucial role in ensuring it is being used in accordance with the law. Such agencies can and should contribute their opinions and expertise on the potential consequences of legalizing medical marijuana, the challenges of regulating it, and the viability of possible enforcement strategies. However, it’s also important that lawmakers consider all the reasons for law enforcement’s stance.