When you buy meat at the grocery store, wouldn’t it be nice to know where it came from? The USDA thinks so, on May 23, they released a final ruling on Country-of-Origin-Labeling (COOL). In the new rule, which will go into effect within the next five months, establishes new guidelines for labeling meat products. However, COOL has drawn much resistance from both domestic and international organizations. 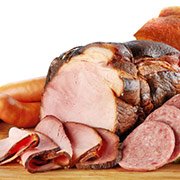 The new regulation requires stores and vendors to label the country where the animal was born, raised and slaughtered. In other words, if the cow was born in Mexico, raised in the U.S. and slaughtered in the U.S., the label must specify all three of these stages. This regulation covers all fresh animal muscle cuts, seafood and perishable agricultural commodities.

On July 8th, eight meat industry organizations filed a lawsuit against the USDA over COOL because they considered it to be overly costly and believe that “… there is no health or safety reason to distinguish among meat from animals born or raised in Canada, or the United States, or Mexico.” Well, there was a slight problem with steroid use in Mexican meat being so high it could have showed up on soccer players’ drug test…

The original COOL rule came in 2009 and was quickly sidelined when Canada and Mexico challenged COOL in the World Trade Organization (WTO), stating that the rule gave unfair advantage to domestic markets. The WTO ruled in 2011 that COOL did indeed violate market fairness rules, and also that the rule was not needed to protect consumers. In 2012, after an appeals process, the WTO overturned the second part, ceding that the U.S. did indeed have the right to protect their consumers with providing them labels, but withheld that the rule was unfair in the market. The final rule released in May was the product of a reworking to fit the WTO guidelines. But its opponents are still unhappy. Several Canadian companies also joined the lawsuit in late July and the Canadian Government released a list of possible retaliatory tariffs.

Despite the criticisms, COOL does have its supporters, including the National Farmers Union, the United States Cattlemen’s Association (USCA) as well as many other farmer, rancher and consumer avocation groups.

The debate over the country of origin labeling rules is representative of a larger debate over how much say the U.S. has over food policy decisions and how much information we are given as consumers. It is essentially a debate between those who would like to follow whatever the cheapest most economic route of food production is and those who want sovereignty over food decisions and to know more about their food.

This debate asks important questions and has implications for what will become an increasingly more globalized food system. With major international trade agreements such as the Trans-Pacific Partnership (TPP) and the Trans-Atlantic Trade and Investment Partnership (TTIP) underway, the future of product labeling and even making domestic consumer protective legislation will be in jeopardy. The question is, what direction do we as a state and a nation want to go towards?