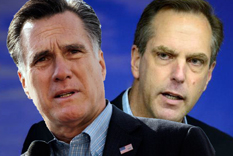 Some of the more control-freakish and ideological employers push their employees to donate to the employer’s preferred candidates. They may stay on a legal line in terms of requiring employees to make donation as a condition of employment, but when the employer pushes for those donations to go through the employer, the message is pretty clear. One such employer is Murray Energy Corp., which is being sued by a former employee on the grounds she was fired for failing to donate to the specified candidates, including Mike McFadden.

Before going into details, just to be clear, I’m not accusing McFadden of knowing about this. The allegation is Murray’s CEO, Robert Murray, directed involuntary donations to his specified candidates, one of which is McFadden.

The allegation from Jean Cochenour, detailed in her suit and well-summarized by the Charleston Gazette’s Ken Ward Jr., is as follows: Cochenour worked at a mine in Marion County as a foreperson. While in that position, which is supervisorial, she received letters from Murray detailing candidates to which she should make donations. One letter, which she received after she’d already been fired, is included in the lawsuit. It ends like this:

At this point, we rewind the clock a bit to late 2012. An article titled “Coal Miner’s Donor” ran in the New Republic, detailing allegations very similar to what Cochenour alleges happened. “The pressure to give begins as soon as employees enter the company” according to sources within the company interviewed by Post alum Alec MacGillis. “At the time of hiring, supervisors tell employees that they are expected to contribute to the company PAC by automatic payroll deduction — typically 1 percent of their salary, a level confirmed by a 2008 letter to employees from the PAC’s treasurer.” That PAC then distributes contributions to primarily Republican candidates.

MacGillis noted that Murray Energy employees also gave directly to candidates, some $1.4 million between 2007 and 2012 — which Cochenour suggests was not always voluntary. “The ritual” of giving to PAC fundraisers, MacGillis wrote, “becomes expensive for Murray’s engineers, surveyors, and accountants.” (According to the Center for Responsive Politics, the total is now over $4.3 million — almost all to Republicans.)

That New Republic link details the intense pressure on Murray employees to donate to specified Republicans, and Murray’s employees have been a big source of cash for some candidates. Presumably some employees are enthusiastic Republicans happy to support their employer in this way, but apparently employees also get that they’re working for a terrible person who knows how much leverage he has over them.

That’s an interesting sentence, “That PAC then distributes contributions to primarily Republican candidates.” “Primarily” suggests Murray’s PAC has given a bit to Democrats, which no doubt will be used to isolate Republicans against the charge they’re receiving donations that were coerced from the donors; Democrats are taking the money too, see?!

Maybe, except there’s no allegation so far that the candidates knew. It stretches credulity that the biggest recipients, like John Boehner, Rick Perry, and Mitt Romney, had no idea. It’s more plausible with the senate candidates specified in Murray’s letter to employees (in case the image isn’t visible, the other candidates, all for US Senate, are Scott Brown in New Hampshire, Terry Lynn Land in Michigan, and Ed Gillespie in Virginia). So again, I’m not suggesting that McFadden knew. I also have no information that McFadden took advantage of his position as CEO of Lazard Middle Management to coerce donations from his employees.

However, now he knows money from Murray employees came from donors allegedly under threat of being fired if they didn’t donate as their employer told them. Even without an explicit threat, employees have it figured out. So McFadden should return any contributions from Murray employees on the grounds they were coerced, and anything from Robert Murray on the grounds he’s a thoroughly corrupt person, apparently relying at least as much on crony capitalism as on entrepreneurial acumen.

I expect the trolls will come out with claims unions do the same thing with involuntary political donations, given that this is a standard piece of conservative propaganda. Like most standard pieces of conservative propaganda, it’s false. Obviously so where unions aren’t allowed to use paycheck deduction for dues collection since they lack the means to coerce donations, but even where workers must pay Fair Share, Fair Share just covers the cost of administrating the contract. Funds for other union activities, like politics, come from the voluntary part of dues. Unions have no means to make members pay that portion; even if someone thinks they would if they could, they can’t. If members don’t like how the money is used, they can remove the union officers at the next election. Think Robert Murray can be held accountable by anyone? So no, no matter what your Republican friends insist on believing, not the same at all.