Last week, Council on Black Minnesotans (COMB) Executive Directory Edward McDonald responded to an audit release by the Minnesota’s Office of the Legislative Auditor’s (OLA) in March (See MSR April 17-23, “Director defends Council on Black Minnesotans: ‘We’re doing it’). Among the four recommendations the OAL offered to increase the effectiveness of the COBM was restructuring the council under the State Human Rights Department. This week, McDonald responds to this recommendation.

“I think that what that [placing the councils under the Human Rights Department] would do for the council is move it into partisan swings. If there is a Republican governor, then the council more than likely will be supporting a Republican agenda. If it’s a Democrat, then you’re supporting a Democratic agenda. If it’s an Independent, Green Party, Communist, then you’re more likely having to align with that governor’s position on various policy issues.

“That may or may not be the agenda of the community that we represent. I think that Jim [Nobles] knows that, and I think that to anybody that’s intelligent and knows anything about social/political deliberations and government structures, that’s probably not a workable intent…

“The other issue with Human Rights is this: The State of Minnesota has made no net increase in funding our State Human Rights Department in the last 20 years. They need an adjustment without us being there, period. If they’re really concerned about compliance with those amendments, the best way to demonstrate their commitment is to enact our legislative policy that we put forth this year that asks for the expansion of our Human Rights Department, and fund it adequately so that it can enforce the protections that all humans deserve in the state of Minnesota.

“We have put forth that legislation. The Senate would not hear the bill; in fact, Senator [Chris] Eaton authored the bill and introduced it, but we could not get a hearing on that bill. In the House, it was authored by Representative [Frank] Hornstein; we got a public hearing on it in [Rep. Michael] Paymar’s committee, but it moved no further than that.

On Senator Hayden’s and Champion’s proposed bill, SF 2903, whose description reads, “Chicano/Latino people affairs council, Black Minnesotans council and Asian-Pacific Minnesotans council transfer to department of human rights; American Indian liaison office in the Minnesota management and budget (MMB) office establishment,” McDonald said, “I would just say ‘ditto’ to what I’ve said before — it is not a workable solution. They’re asking us to basically pick a political ideology.

“In addition to that, I think there’s a bigger issue here: When these councils were established — and I’m only going to speak to the Black Council — this was a serious matter. It was a serious matter because those parties from the African heritage community, and those at the state legislature at the time, understood that this reaffirmed the State’s commitment to the 13th, 14th, and 15th Amendments of the U.S. Constitution, as well as the Civil Rights Act and all other equal access and opportunity policies.

“In the way the law is set up under [MN statute] 3.9225, the only entity that has the authority to amend that relationship is the Council on Black Minnesotans, with the approval of the African heritage community. We do not believe anyone — including the OLA or any senators — have the authority or the right to usurp that former relationship established between African heritage people and the state of Minnesota, our state government. 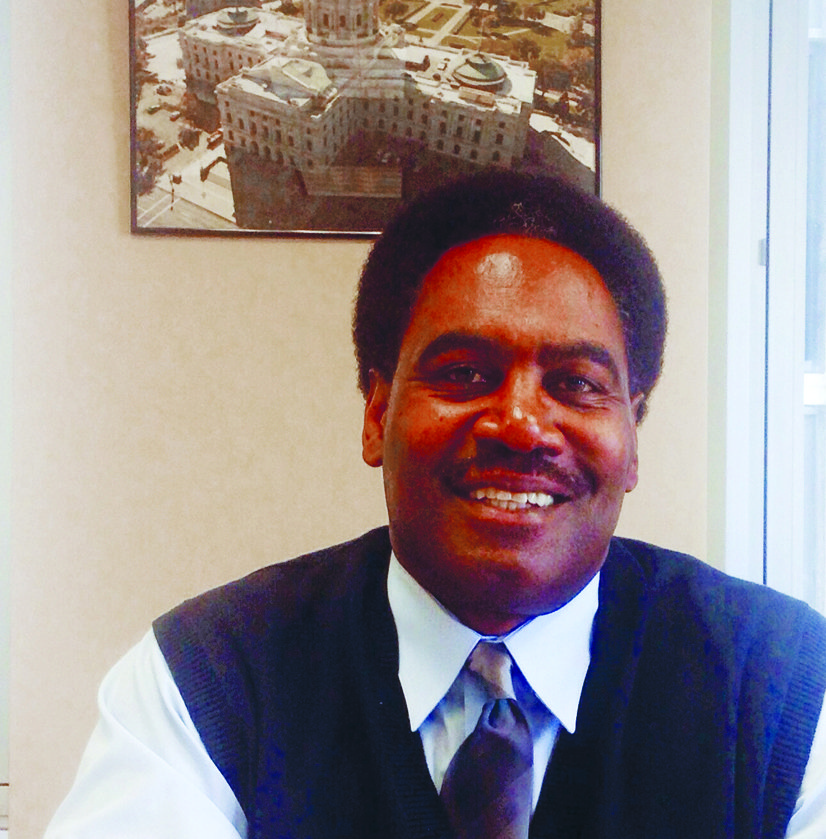 “Any of the options would put him in a position to usurp the authority to modify the council, so that is a flaw in itself. Secondly, by the community saying they don’t want to see it eliminated, they’re fine with the way we’re operating right now.

“The third thing that is clear inside of the Council on Black Minnesotans’ report is that we are meeting our mandates, which is the bottom line. Those are the three most significant things in the report.

Continuing with comments on the Hayden/Champion bill, McDonald says, “We have a better bill that was introduced this legislative session that is driven by our community input on expanding the roles and responsibilities and duties of the COBM. That was carried by Representative Rena Moran and signed on by a number of House members. Our board decided to not move it any further during this legislative session. We want to take it out to the community as a part of our Legacy Tours and discuss it in more detail…

“[That discussion] will start on May 17th. We will have a discussion not only on this bill, but the community has asked us to organize a meeting on the OLA report. And we want OLA to come in and speak only to the Council on Black Minnesotans evaluation — not a general presentation about “all minority councils.” We want them to drill down and basically speak the truth about our effectiveness, or ineffectiveness.

“Once you can get past all of the falsehoods and the hoodwinks and bamboozles, and the pre-Civil Rights era of language that’s in it, the information that traps the reader in a litany of confusing, distorted information — when you get down to it and past that, you see three things that are significant.

The other thing that we need is our Human Rights Department auditing for compliance, particularly those provisions that lead to equal access and opportunity. That is one area of deficiency that exists right now that will be at the forefront of all of the recommendations that the council brings forward, and that is beefing up the administrative applications, Civil Rights, and Equal Opportunity laws.

“Why is that important to us? That’s important to us because those laws are our treaty with the United States. If they are not being implemented in a fashion that adheres to the compliance requirements, then our community suffers.

“Any time that you can have a department that’s charged with the stewardship and implementation, monitoring to ensure that they are being applied right, not being funded adequately for 20-some years, you then get what you get in the marketplace: a cry for equity; a cry for racial justice, disparity reports that are being generated by institutions by graduates from those institutions.

“And then they want to fold us into that?”