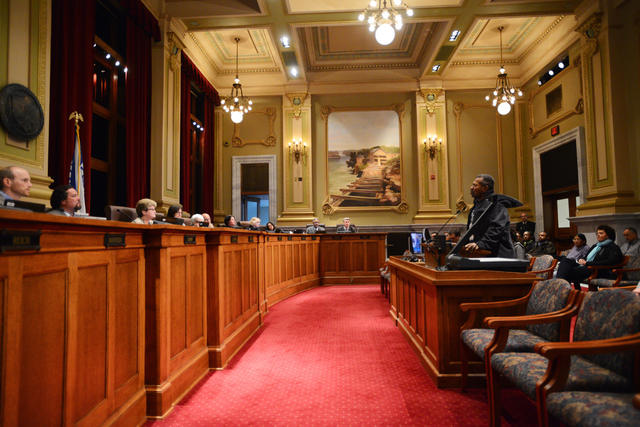 The proposed budget focuses on increasing investments in public safety, infrastructure and furthering the city’s housing and economic development.

It includes a 1.7 percent property-tax increase. However, the majority of homeowners in Minneapolis — roughly 70 percent — will not see any change in their taxes in the coming year.

Rybak and the full City Council listened to public testimony from eight residents before an audience of about 20 community members — a significant decline from the past years.

Two years ago, more than 350 people attended a similar meeting to speak against the mayor’s budget.

The low attendance means the people of Minneapolis have generally approved the budget, said John Stiles, spokesman for Rybak.

Stiles said they haven’t heard many concerns from people about the proposed budget plan because, for the most part, “people’s property taxes aren’t going up.”

The modest increase is due to the city’s stadium deal proposed this spring, which reduces the pressure on property taxes and directs the spending to hospitality-tax revenue.

“This budget represents the pay-off for tackling those things like the Target Center financial challenge,” Stiles said. “I think the mayor is most proud of really tackling those series of challenges one by one and knocking them off.”

The new stadium legislation delivered a $5 million property-tax relief, money that helped formulate the new budget plan, and “kept Minneapolis residents from paying millions more in future stadium taxes for Target Center,” said Rybak when he addressed the City Council about his proposed budget in mid-August.

Since this presentation and the mayor’s final budget proposal, the City Council has been holding hearings to assess the mayor’s plan and make any adjustments they feel are necessary.

“With a real emphasis on public safety and infrastructure — things important to me and the community here — we’re working to make this city the most affordable we can with as many people living in it,” said Ward 11 Councilman John Quincy at an informal presentation of the budget last week.

About 30 citizens attended the casual meeting hosted by Rybak and Quincy in southern Minneapolis at Pearl Park. None of the residential attendees voiced any major opposition to the mayor’s plan for next year.

“These testimonies are like snapshots that I look at when I consider the whole plan,” Rybak said. “It’s sort of like a million dollar jigsaw — I have to decide what money goes where.” 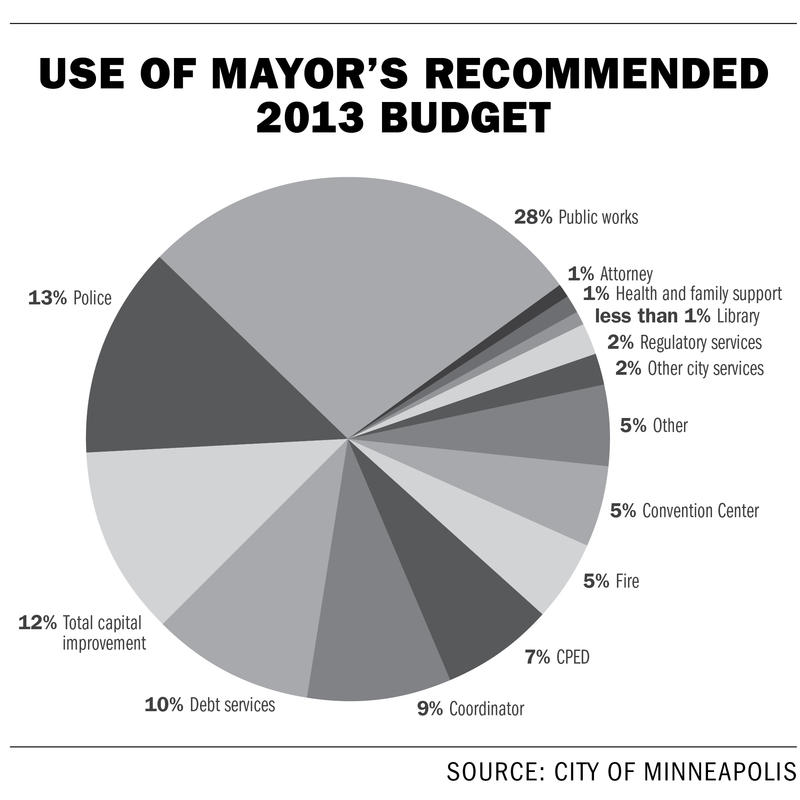 The mayor primed the audience for the budget discussion with a brief overview of the city’s budget from the last decade.

“When I came into office, right after 9/11, the city had a challenge,” Rybak said. “We had some really strong financial times, and sadly, the city built up a lot of debt.”

Since then, the city has paid almost $250 million back in debt, he said.

“That number won’t appear on my tombstone, but I’m pretty darn proud of it,” Rybak said. “I think that’s something we’ve all done together.”

He said by watching the city’s spending and reforming city services — like public safety — Minneapolis will continue to prosper and reach economic stability.

“Looking into the future, the one really big financial challenge is reforming the way city services are delivered,” Stiles said. “That’s probably one of the last major challenges that Minneapolis faces in terms of getting to a stable financial place.”

Wednesday night’s hearing marks the final stop for the mayor’s budget before it is decided by the City Council on Dec. 12. The public can comment on the budget for the last time at the meeting before the Council votes.

“Making the budget isn’t the only thing I do,” Rybak said, “but it’s the most important thing I do.”