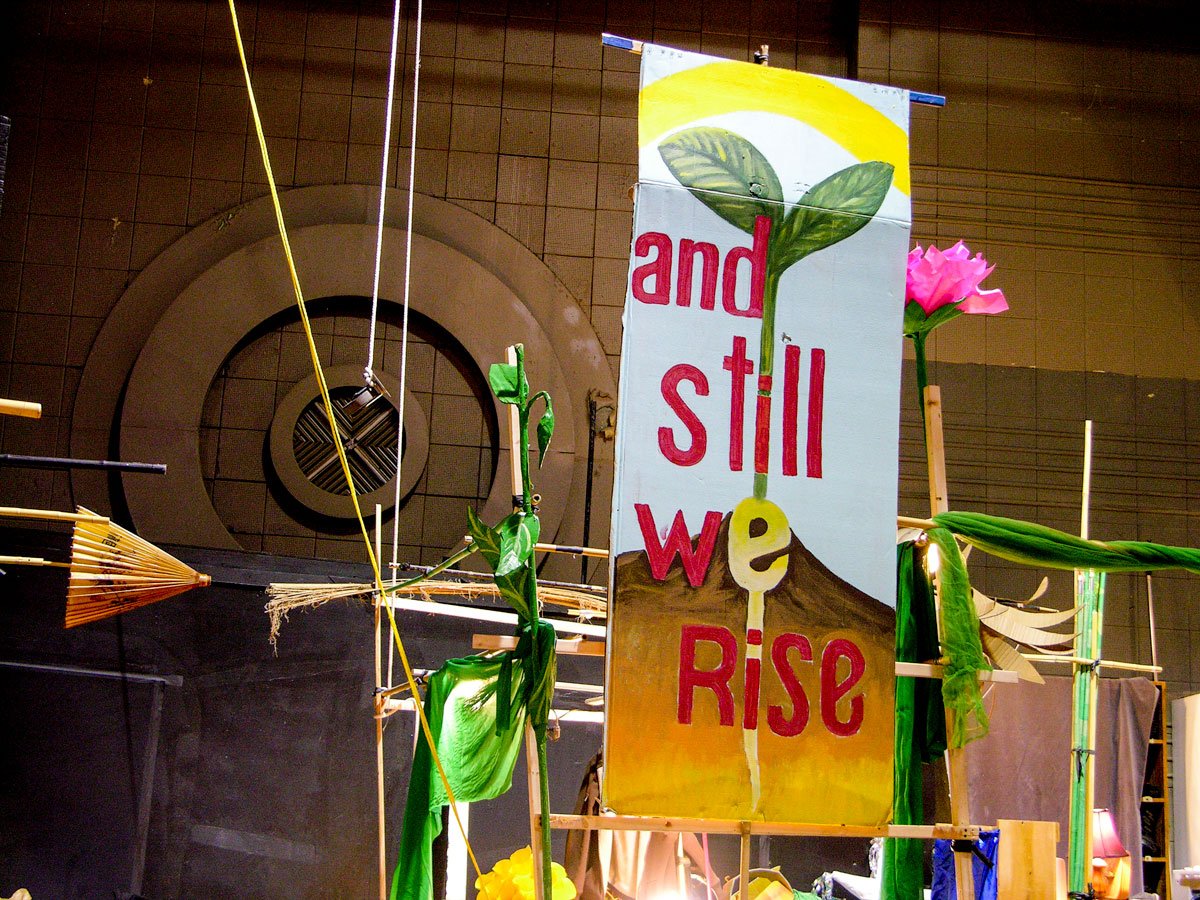 These images are from April 4, 2015, the Saturday morning workshop at the Avalon Theatre, home to In the Heart Of the Beast puppet and mask Theatre (HOBT.org).

If you are going to Parade; parade with people who read good literature. This year’s MayDay theme is based on Maya Angelou’s Still I Rise

You may write me down in history

With your bitter, twisted lies,

You may trod me in the very dirt

—hope the first stanza falls within fair use

A strident, strong, thoughtful, and hopeful poem and fits the fervor of MayDay! 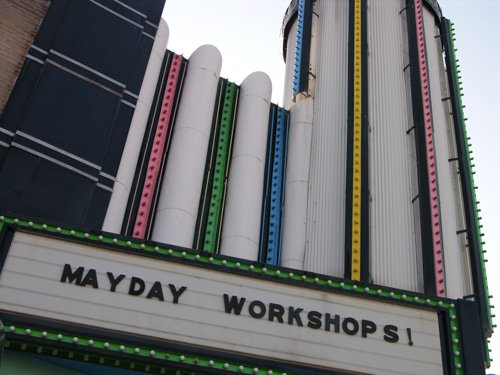 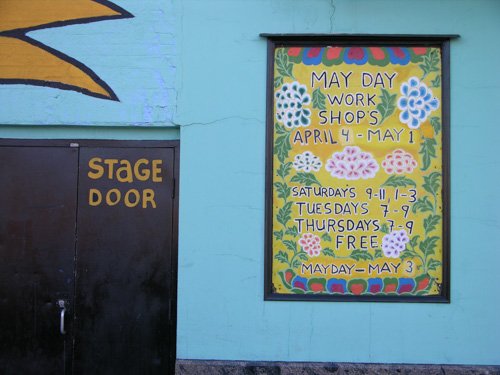 In the Foyer of the Avalon Theatre a storyboard of the year’s theme is explained by a staff artist. MayDay is a celebration of spring, the community, and natural world we inhabit together. Loses are recognized as well …and still we Rise 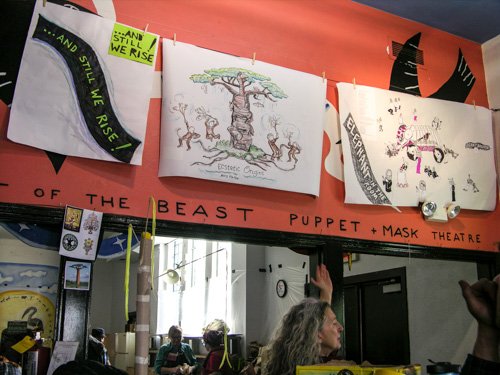 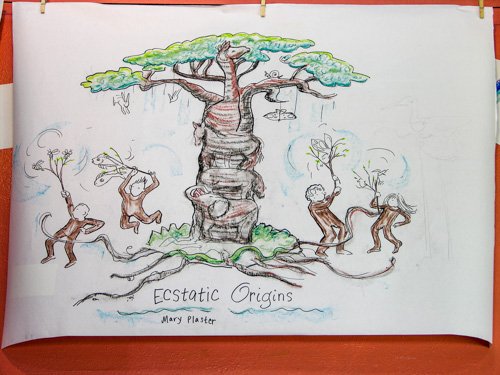 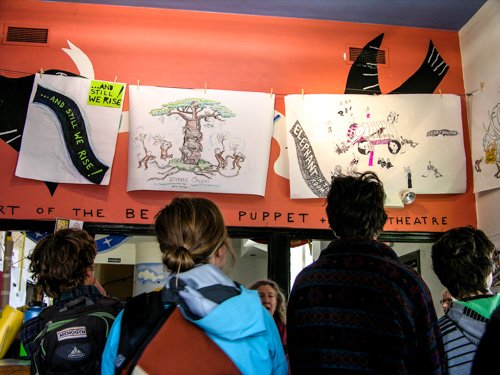 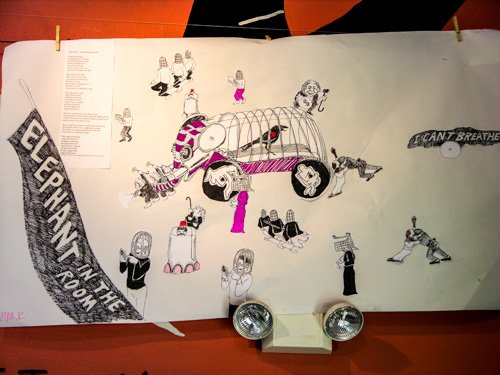 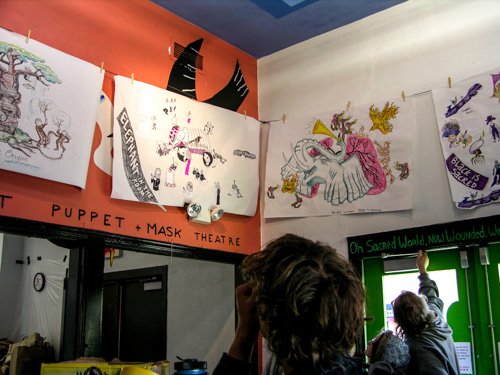 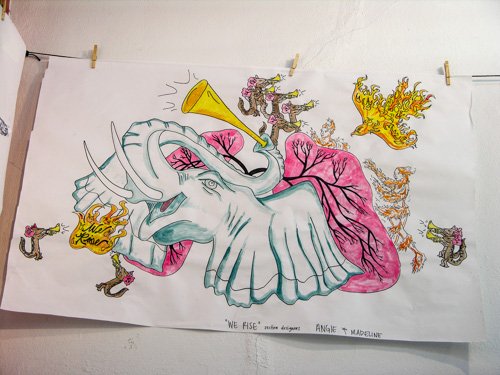 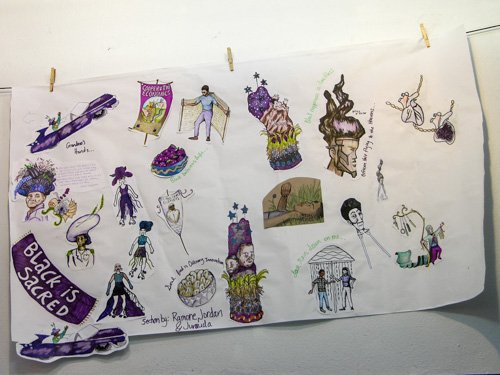 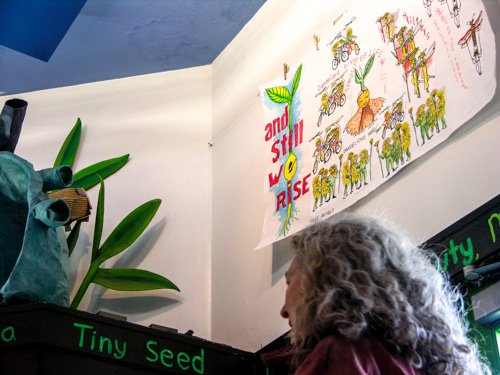 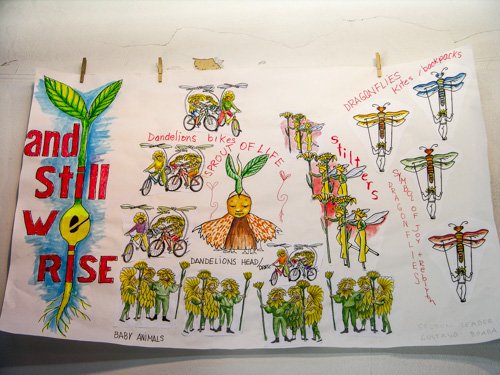 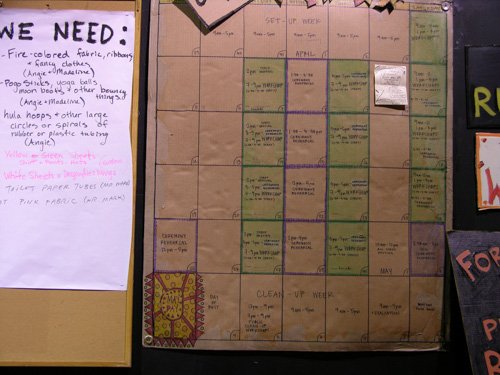 those Ceremony folks sure commit some time toward our entertainment, green = Public Workshops, purple = Ceremony Practice 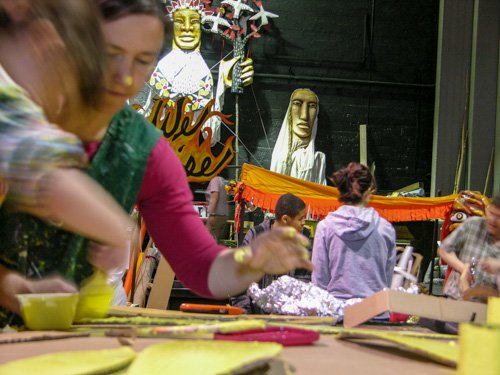 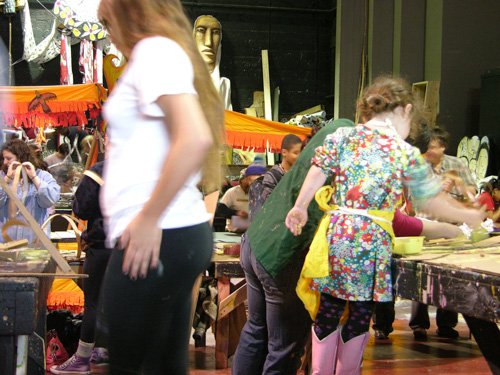 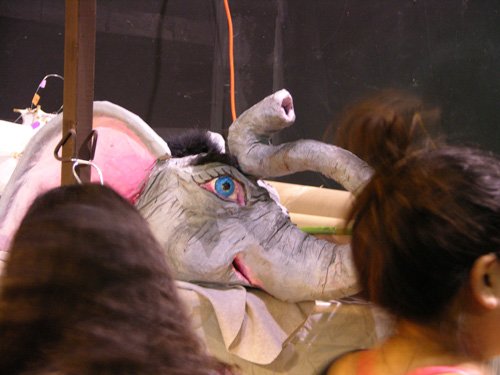 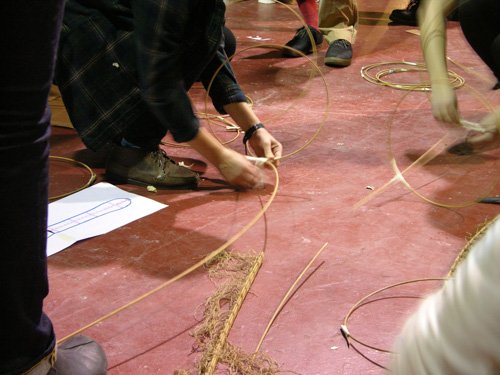 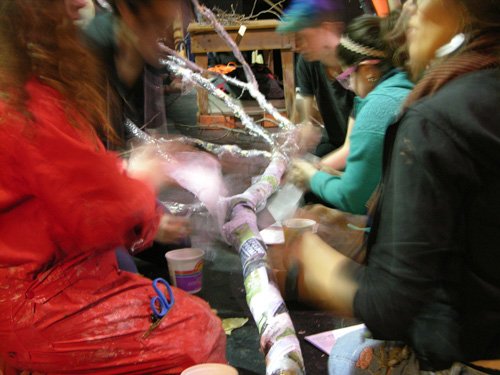 Elephants will be a feature in 2015, Dragonflies kite/backpacks need wood strip frames to form a light weight abdomen shape, a small tree is covered with plastic wrap, to be paper mache over, then split apart from the tree form, repeated, and the two pulmonary arteries for the lungs will be formed. Ingenuity with the help of willing hands, build MayDay.

Help build MayDay. The joy is contagious each Saturday, Tuesday, and Thursday and culminates in MayDay Sunday where a city park overflows with celebration. If you are able, your financial support will be put to excellent use by thoughtful, energetic, socially conscious puppeteers and friends. Your participation makes MayDay. 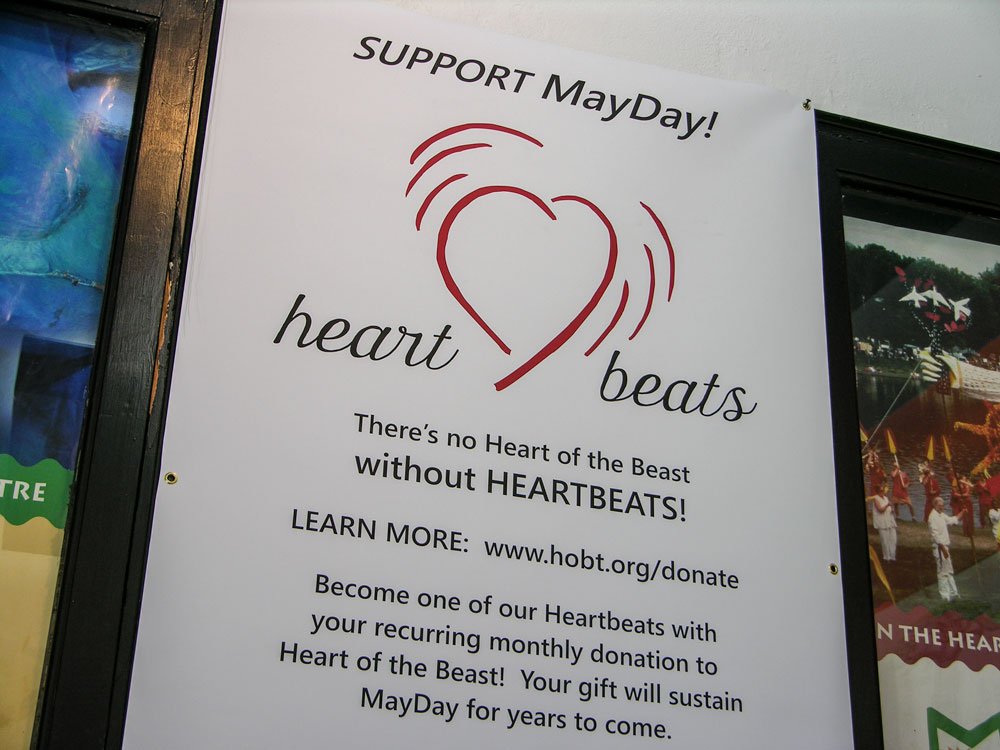