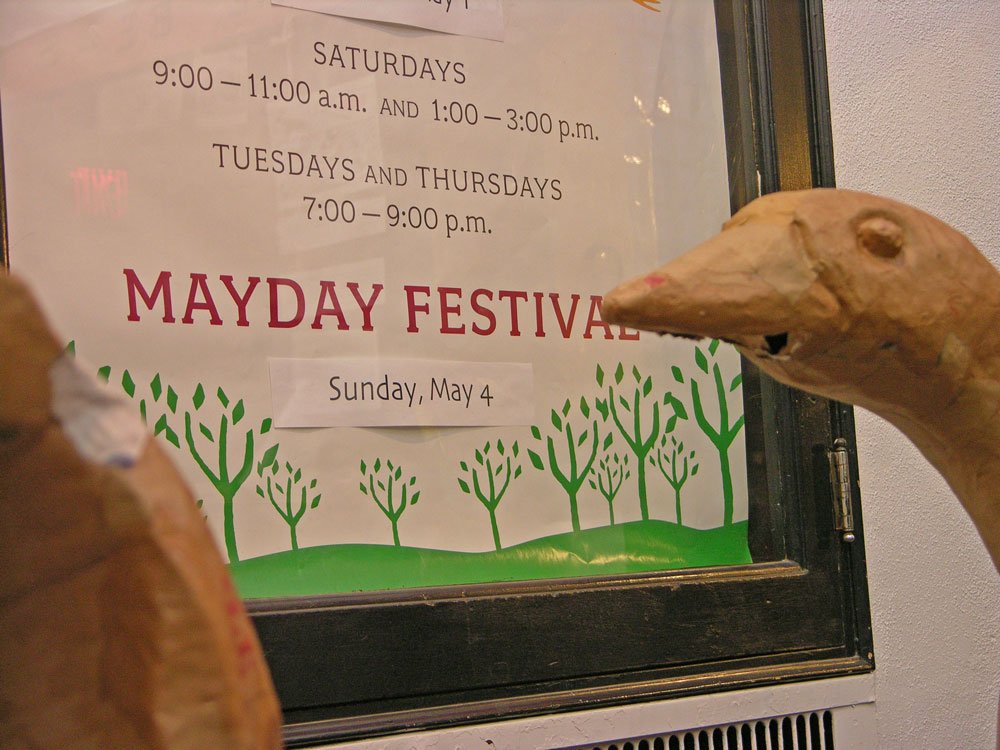 This next Sunday (the first Sunday in May), for the 40th time annually, people will gather together and celebrat the potential of this world, at the MayDay Parade, Ceremony, and Festival. Held in the neighborhood of Powderhorn Park, in South Minneapolis, Minnesota, USA. Starting about ten blocks North of the Park a large contingent of costumed citizens will Parade down Bloomington Avenue to Powderhorn Park. Of special note; this year the Parade starts at Noon.  Activities will be happening all the daylight hours in Powderhorn Park under the auspices of MayDay Festival. As in years past, the MayDay Ceremony will be performed between Powderhorn Lake shore and Ceremony Hill. The starting time will be as in past years, right around 3:30 p.m.

Powderhorn Park is in the midst of a residential area, so vehicle parking can be problematic. Many of the MayDay faithful are bicycle adherents and so that alleviates some of the congestion. To encourage your self-propelled wheeling to MayDay, volunteers from Minneapolis Bike Week organization will conduct a free and easy bike parking corral. They will also offer some basic bike repair, lights, and other giveaways. Do bring your lock, and you must reclaim your bike by 7:00 p.m.

Enjoy MayDay and get that bike out of storage, and in tune. 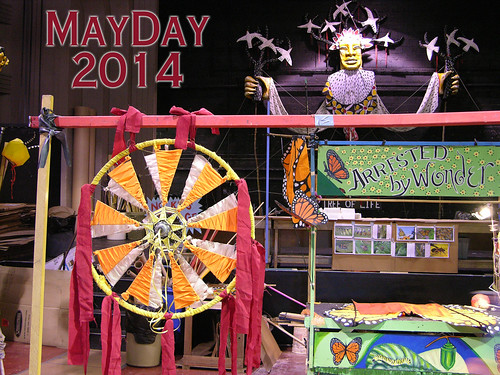 The image above depicts what an artist might do to tune up a wheel, but no functional wheels were harmed in the process. The bike mechanics will undoubtedly be less colorful but incorporate as much or more soul. 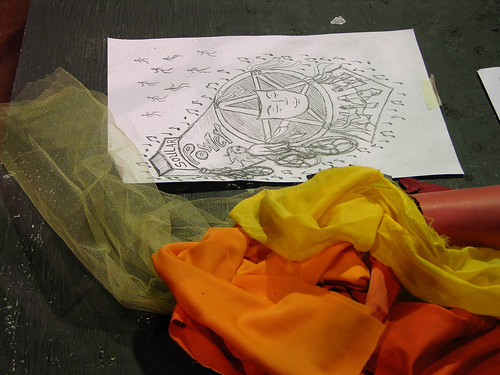 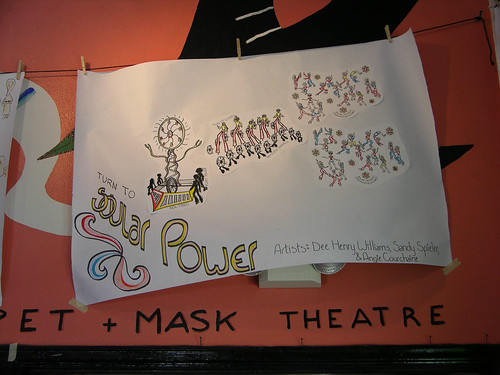 You still have time to help make MayDay. Check out the Volunteer for MayDay page at the HOBT.org webs site. Of course the Parade and Ceremony need Spectators and you may fill that role, and the Paraders and Ceremony pageant players are not the only people to watch. There have been thousands of people in MayDays of the past. Almost every one lit up with a smile. Powderhorn Park is the most spectacular spot to people watch on MayDay. Be a part of this unique celebration. 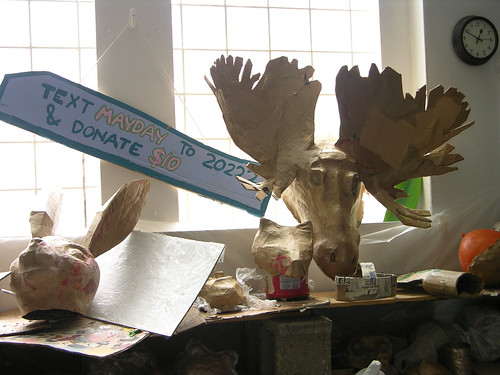 If your private misfortune prevents you from attending this years MayDay, you may still help out with a monetary contribution, or simply with you cosmic well-wishing. We are MayDay 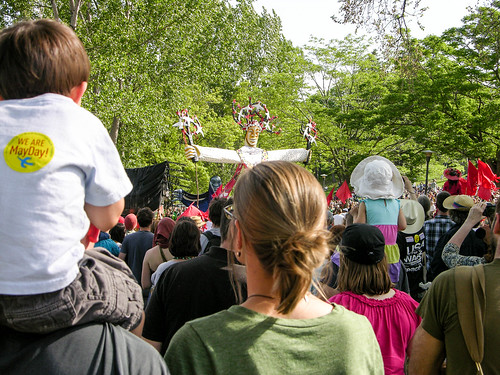 MayDay –all  around Powderhorn Park, in South Minneapolis, in the State of Minnesota, on the planet Earth, with feeling and appreciation

we will do MayDay on the next Sunday in case of rain (or snow), we hope to do this next year and the following 40. Mutual celebration all the time!

MayDay 2014 from the sewing area

MayDay 2014 painting an exoskeleton for MayDay