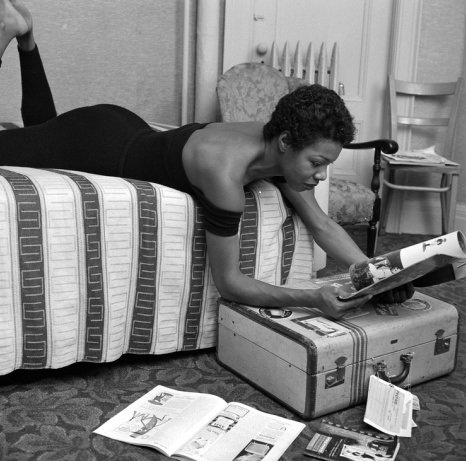 Maya Angelou wasn’t born Maya Angelou. She became her. Quite literally, Marguerite Ann Johnson changed her name to Maya Angelou in the 1950s while starting her career as a nightclub singer. The name change, along with the career, were amongst many instances of reinvention in Angelou’s life, the culmination of which created the phenomenal woman we mourn today.

Though known best for the regal authority of her poetry and performances, her fierce activism, and the heartbreakingly powerful autobiography I Know Why the Caged Bird Sings, Angelou’s legacy was more than the highlights we easily remember. Angelou’s was a life of struggle, reflection, and continuous reinvention.

Born in St. Louis, Missouri on April 4th, 1928, Angelou’s parents divorced when she was only three-years-old. Angelou and her brother were sent to live with their grandmother in Arkansas before returning to live with their mother in 1935. It was during this time Angelou was reportedly sexually molested by her mother’s boyfriend. The boyfriend was later found dead. Still only a child, Angelou was shaken by the experience and believed that her voice had caused the man’s death.  As a result she became a mute and remained so for nearly five years.

Angelou later commented on this period of her life in an interview:

“my voice killed him; I killed that man, because I told his name. And then I thought I would never speak again, because my voice would kill anyone.”

What is striking about Angelou’s response to this experience, is not that she felt responsible for her abuser’s death (many victims of abuse sympathize with the plights of their abusers.) but, that she took it upon herself to somehow control her reaction to the situation in the best way she knew how: silence. Though, one could easily argue that Angelou’s silence was a manifestation of her own powerlessness as a victim, it detracts from the overall control and self-determination necessary to maintain such a discipline. In a way, Angelou’s response to the event negates the possibility of victimhood. In the violence surrounding her own sexual abuse, Angelou ultimately decided that she held the power to control her situation, paving the way for reinvention of her own identity.

During her years of silence, Angelou read extensively—Langston Hughes, Walt Whitman, Frederick Douglass, William Shakespear, Edgar Allen Poe, to name a few. She eventually broke free of her own silence and embraced the creative spirits of her literary mentors. Again, Angelou reinvented herself, reemerging from her own reclusiveness as a bright and promising writer, artist, student, and performer.

Struggle reemerged in Anglou’s life, however, after winning a scholarship to study dance and drama at the San Francisco’s Labor School, she dropped out of school. During her gap year Angelou became San Francisco’s first African American female cable car conductor. Angelou eventually returned to high school only to become pregnant at age 16 in her senior year. Though she graduated days before the birth of her son, Angelou struggled to support herself and her son.

Never abandoning her creative spirit, Angelou tenaciously juggled single-motherhood and various service industry jobs while working to improve her poetry, music, and dance. In 1952 Angelou married a Greek man named Anastasios Angelopulos, from whom the variation on the name “Angelopulos” to “Angelou” was derived.  Though the marriage was short lived, Angelou retained the stage name and went on to have some success, touring with a production of the opera Porgy and Bess in Europe, Studying dance with Martha Graham, and recording her first album Calypso Lady in the 50’s.

It is exhausting simply writing about the many hats Angelou wore before the age of forty. She goes on to (among other things) become fluent in several languages while living abroad for a number of years, teaching and delving herself into a journalism career all the while. This all takes place before any of us know Maya Angelou as she is known and remembered for today. Her life did not begin with the success of poems like Phenomenal Woman or her autobiography I Know Why the Caged Bird Sings.

It began when she, a courageously quiet girl, a high school dropout, a teenage mother, a cable car driver, a waitress, a singer, a writer, a divorcee, a political activist, a dancer, a poet, took all the possible titles and labels we could have slapped on to her and transcended every one of them. Her life teaches, that regardless of how hard life hits you or how plentiful your dreams are, you must have the tenacity to reach for your dreams, and to keep reaching for them. Maya Angelou didn’t become Maya Angelou overnight, she strove to become her over time. And for that, and for all that she has accomplished in her beautiful life, we will truly miss her.