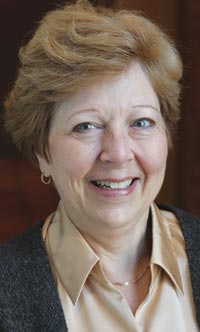 Women’s human rights are a hotly debated topic in the world of academics, policymakers and lawyers. Trafficking, female genital mutilation and forced marriage are among the specific crimes that spark heated discussion in august conferences worldwide.

But for Marsha Freeman, director of International Women’s Rights Action Watch (IWRAW) at the University of Minnesota and a world-renowned expert, it’s not a matter of discussion-it’s a matter of action and results.

Freeman is the principal editor and one of several authors of “The UN [United Nations] Convention on the Elimination of all Forms of Discrimination against Women: A Commentary,” published this year by Oxford University Press.

For 26 years, she has used her legal expertise and intricate knowledge of the convention (CEDAW) to improve the human rights of women and girls. The landmark treaty, described as an “international bill of rights for women,” is the legal framework delineating women’s human rights. (It was adopted by the U.N. General Assembly in 1979; the U.S. hasn’t ratified it.)

“Women are born with these rights,” Freeman said. “You don’t give women these rights-they own them because they are human.” But just because women own these rights doesn’t mean they are guaranteed them.

With the publication of “A Commentary,” Freeman hopes the treaty’s words ring true in the day-to-day reality of women.

The 792-page book reflects 30 years of work by the U.N. committee charged with overseeing CEDAW’s implementation. The committee reviews the progress of governments that are party to CEDAW by “examining what states have-or haven’t done-and tells them what they should do,” Freeman said. “It tells them what discrimination looks like. ‘You see this? Don’t do it.’ “

By compiling a detailed record of the committee’s work, the book provides a framework that advocates can use to apply the convention’s norms.

The book’s release is an important milestone in Freeman’s professional life. She earned a Ph.D. in English, then went to law school to become “employable.” Employable, she was; fulfilled she was not.

In 1986, serendipity led Freeman to international women’s activist Arvonne Fraser and the newly established IWRAW. There, the family law expert and mother of two discovered her bliss: marrying her formidable analytical skills and her mastery of the written word to assess and publicize how the convention was being implemented.

One of IWRAW’s earliest and most significant accomplishments was to launch a new way of reporting on a country’s record. It began producing “shadow reports,” independent appraisals of a country’s implementation of the treaty. When a country came up for review before the committee, IWRAW provided a report that demonstrated whether the country was delivering on its promise to promote and protect the equal rights of women.

Far more than a career, “It’s a passion,” Freeman said of her life’s work. “I want every female child to have the opportunities that my daughter had.”

To that end, Freeman hopes “A Commentary” will help push the ball further down the field of women’s human rights. “Nobody should be able to do to women what has been done to them,” she said. “I hope the book provides a touchstone that says this work is important-it’s serious business.”