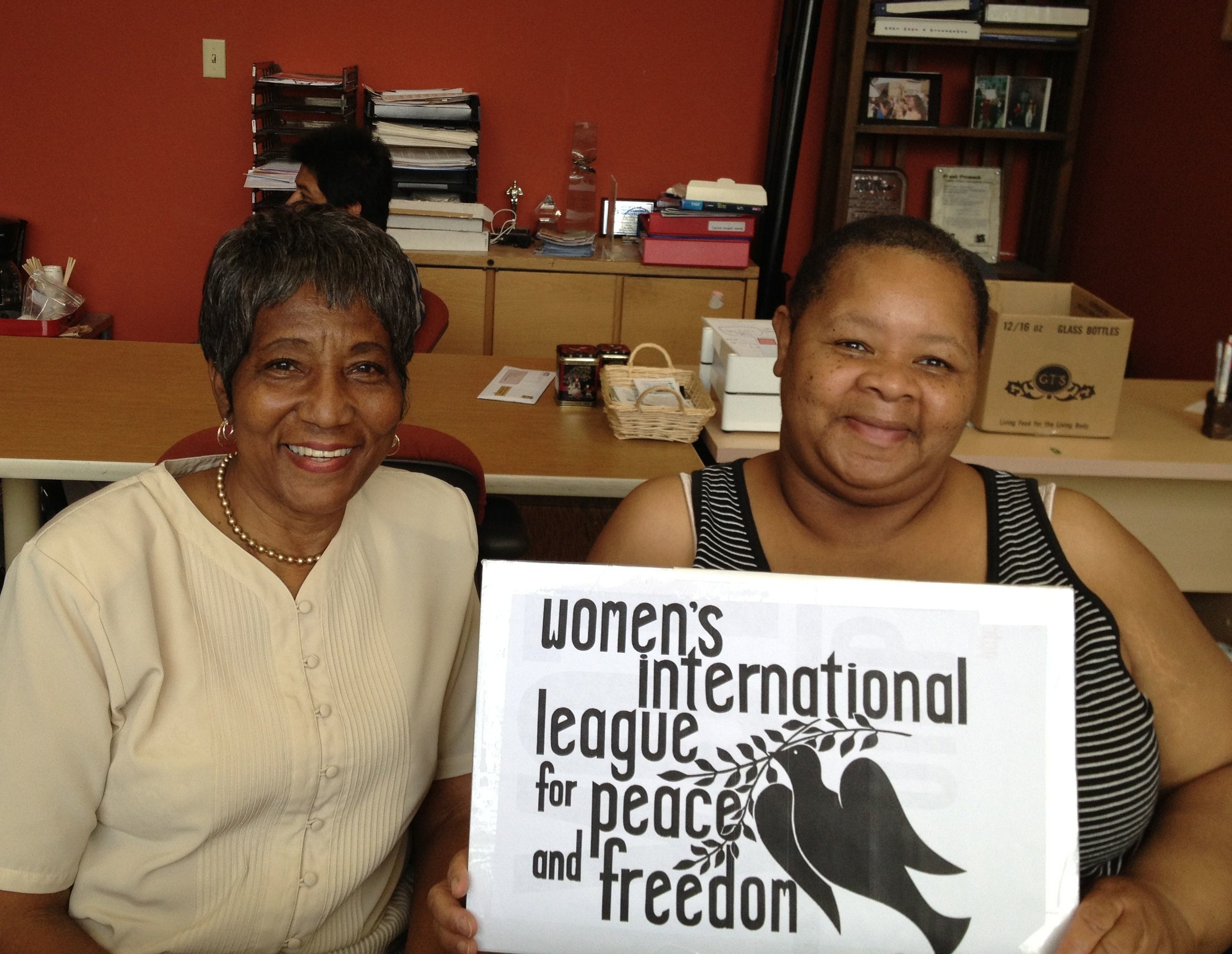 Barnes and Buckner rode the bus from Minnesota, leaving Friday morning and returning after the march, along with thirty or forty other Minnesotans. For Buckner, seeing Congressman John Lewis speak was a high point.

“This was the first time I’d seen him since his wife Lillian passed,” she said. Buckner lived in Atlanta for 21 years and “we both went to Ebenezer, which was Dr. King’s church.”

Buckner was raised in Ohio, but her parents were from Georgia, and she moved back there as an adult. She has lived in Minnesota since 2007.

Buckner said racism is not just a southern thing and not just a “back then” problem.

“When I first moved up here,” Buckner said, “I would hear the phrase about ‘Minnesota Nice.’ I also hear ‘Minnesota Ice,’ and that’s more appropriate. It’s racism iced over.”

She doesn’t want to tell specific stories that could “put my relatives and friends out on Front Street,” but she has seen them encounter racism at work and in the community.

“Same old, same old,” said Buckner. “At least they’re open about it in the South. They cover it up in the North.”

“As far as I’m concerned,” Buckner said, “we still march for the same things: jobs, voting rights – we marched for that in ’63 for the right to vote for the southern states. … In 2013 – the same agenda. It’s deja vu!”

Buckner does more than march. She has stories about door-to-door voter registration in St. Paul, activism in the DFL party, and work with her church, too.

What’s remarkable about Lucy Buckner’s story is that it is not unusual. Many people worked for civil rights, for jobs, for freedom, for justice from the 1950s and 1960s and on through today, in Minnesota as well as in Mississippi. Many continue to work, whether out front and in public or in quiet ways and behind the scenes. This week’s anniversary was a time to pause and remember what has been accomplished over 50 years time, the passion and dedication and work, the lives lost, and the continuing task that belongs to all of us.

To Lucy Buckner and Val Barnes — thanks for stopping in and sharing part of the story.