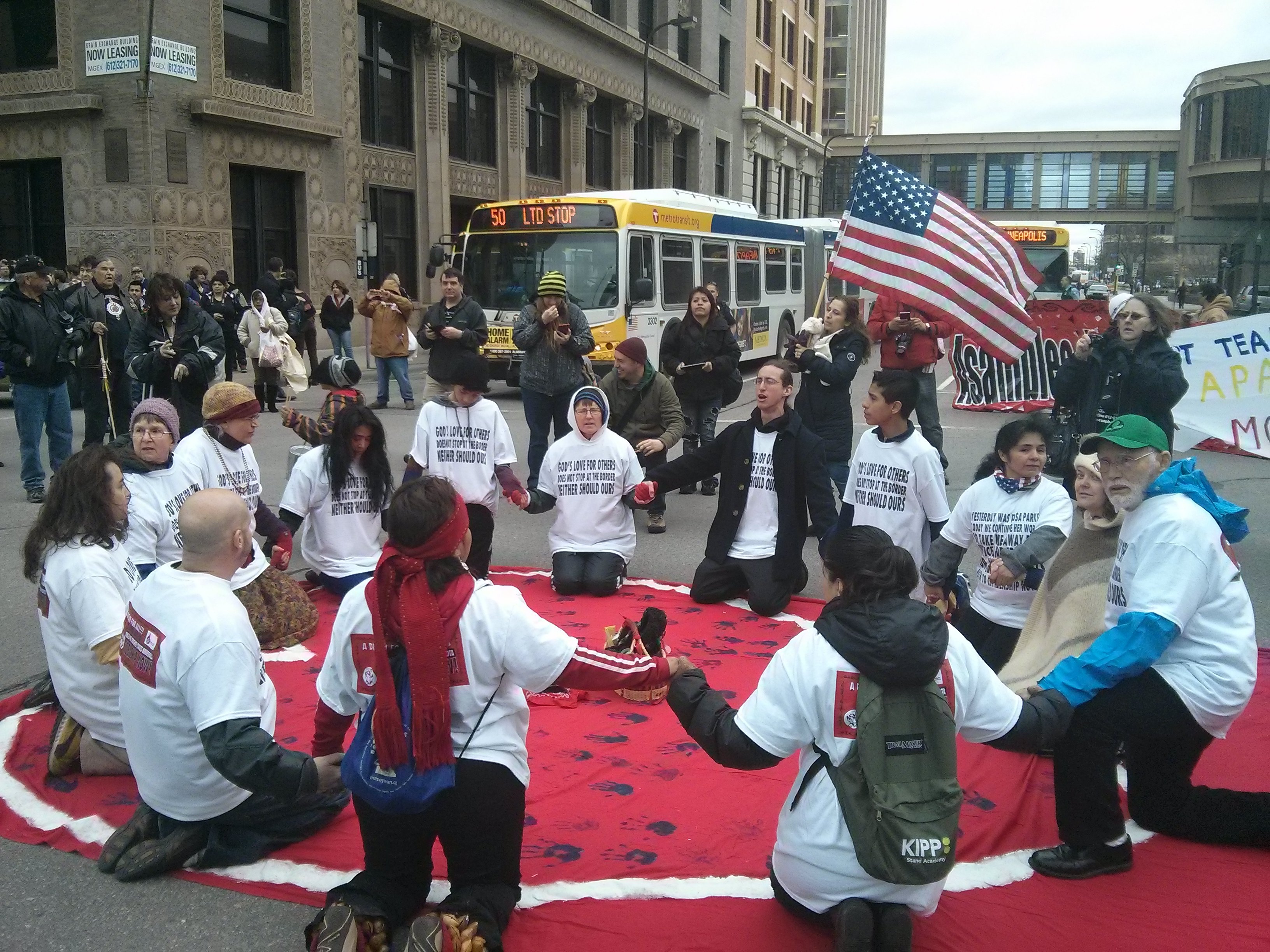 Photos and video by Paige Elliott

Members of Asamblea de Derechos Civiles (“Assembly for Civil Rights”), faith and labor groups, civil rights activists, including American Indian Movement leader Clyde Bellecourt, and a host of others, gathered at the Hennepin County Government Center in Minneapolis May 1 to call for comprehensive immigration reform and the end of deportations.

The event kicked off in the morning with a bus tour of congressional offices aimed at pressuring key U.S. Representatives to sign the discharge petition for immigration reform legislation in order to allow a vote on comprehensive immigration reform. The demonstrators came together at the Hennepin County Government Center in the afternoon.

Native American drumming and dance, and singing and chants in Spanish and English, helped warm up the crowd, as banners and flags blew in the biting wind. The size of the rally, roughly 100 people or so, didn’t match the groundswell at the St. Paul rally the same day. But what the marchers lacked in numbers they made up for in determination and grit, evidenced by the event’s dramatic close, an act of civil disobedience.

Protesters took to the streets, shutting down the intersection of Fourth Street and Fourth Avenue during rush-hour, to the chagrin of police and commuters. Police eventually directed traffic around the protestors, and the event ended without incident or arrests. 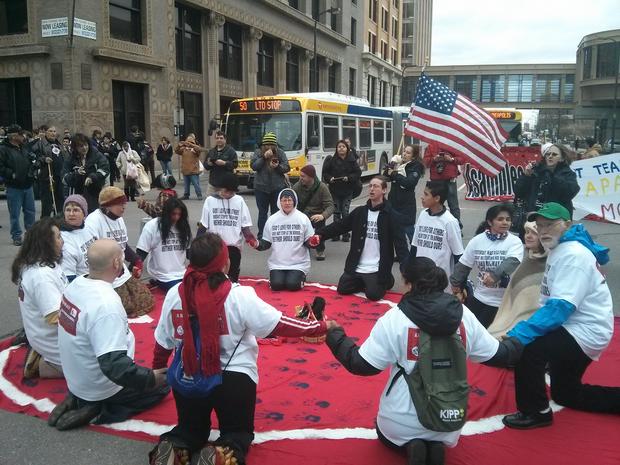 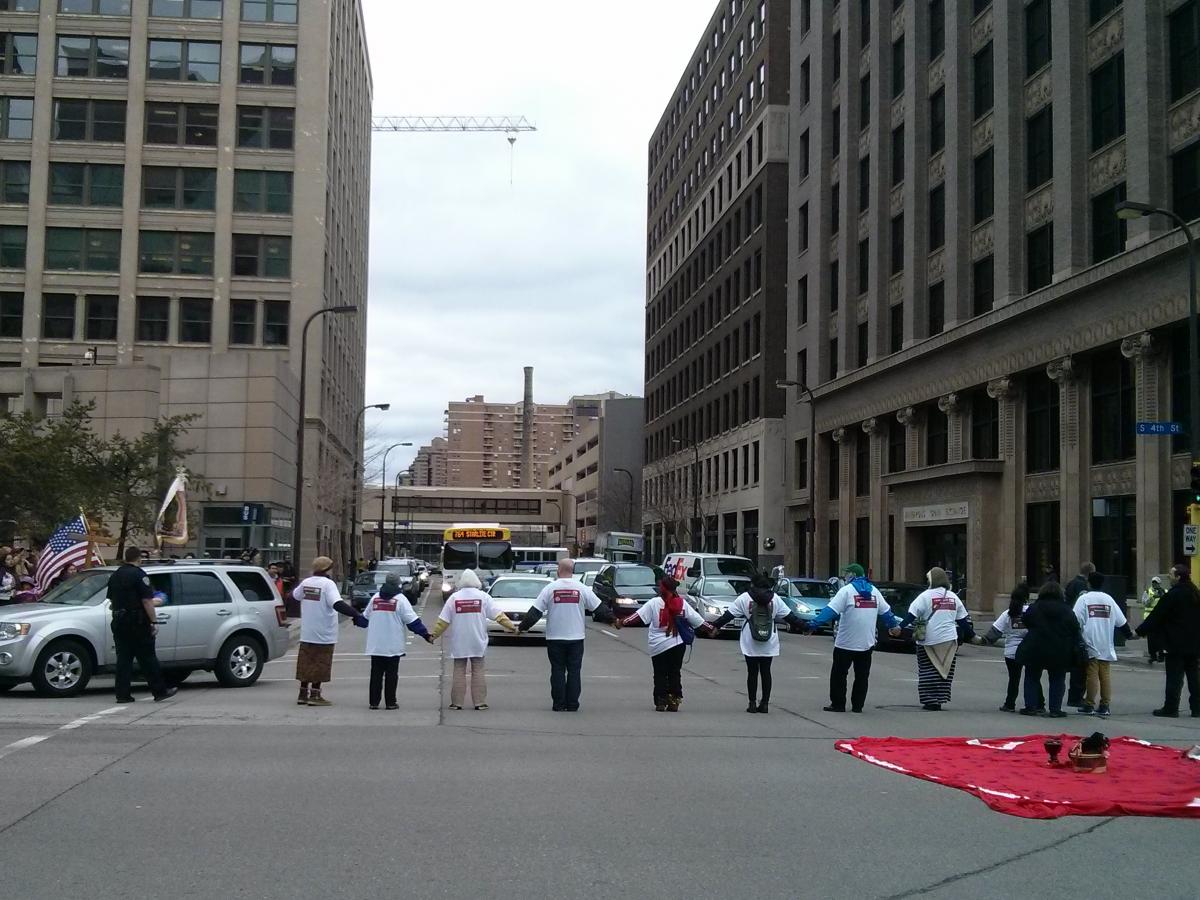 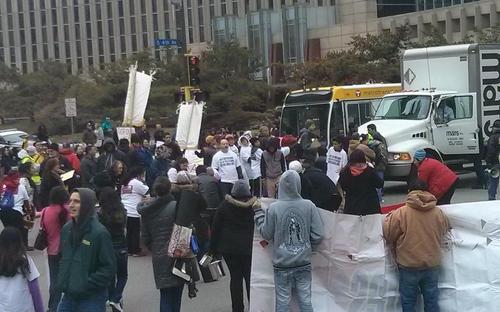 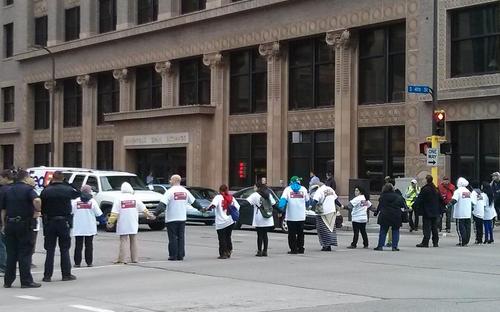 Above: In an act of civil disobedience, protesters took to the streets at the intersection of 4th Street & 4th Ave., Mpls.

Below: Clyde Bellecourt and protesters gathered for a rally at the Hennepin County Government Center before the civil disobedience. 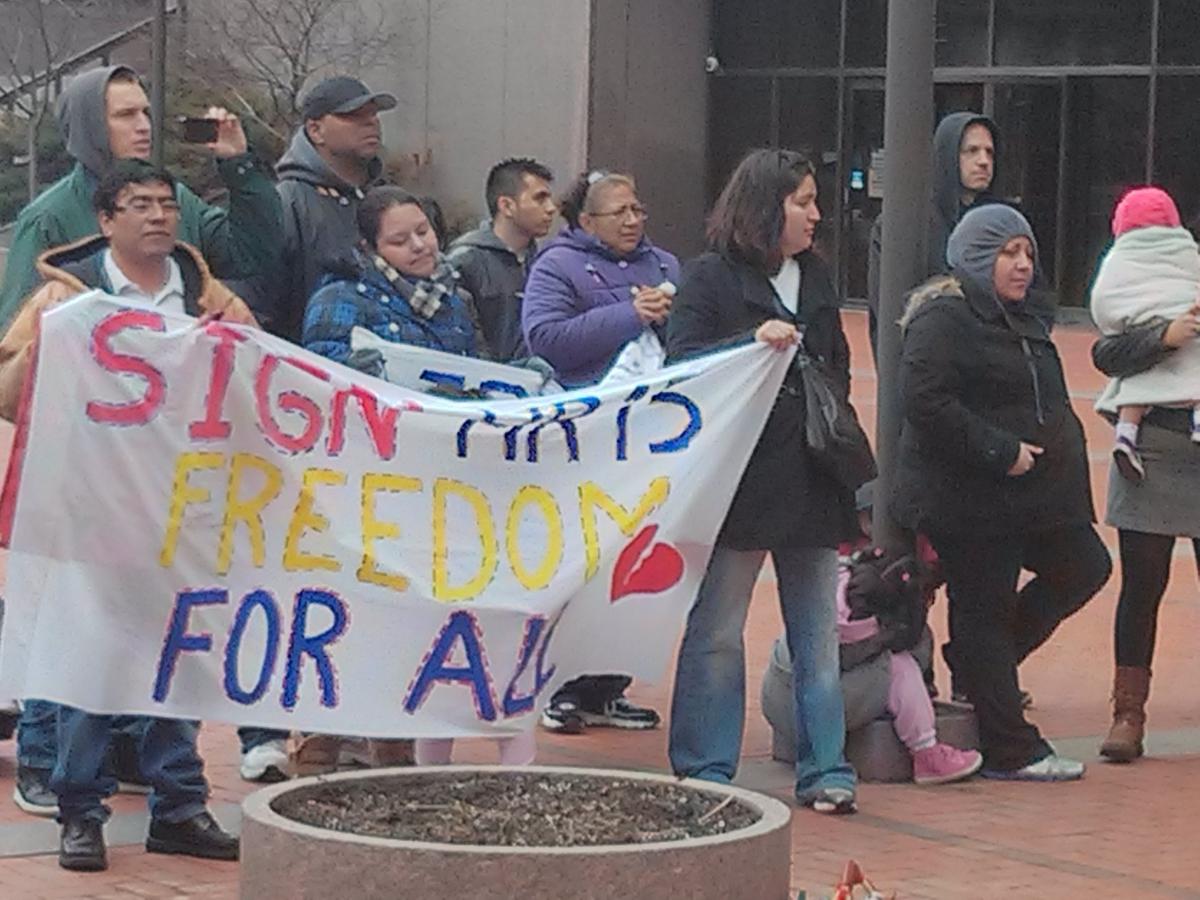 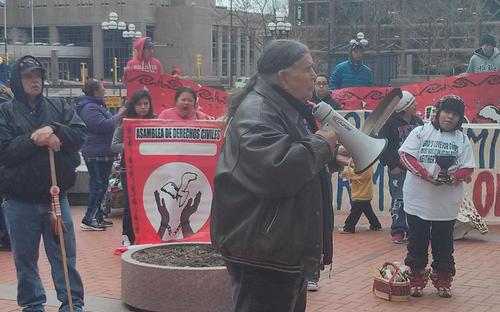 FULL DISCLOSURE: Cirien Saadeh, interviewed in the video, serves on the Twin Cities Media Alliance board of directors.