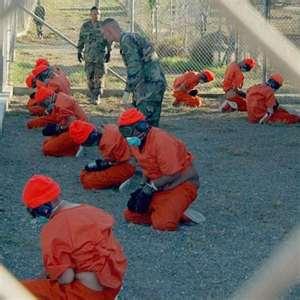 At 11:00, we will begin a silent march through the skyways to St. Thomas University School of Law.

Once at the law school, we will go to the library, to browse through some of the many recent books written by John Yoo and St. Thomas’s own Professor Delahunty, and to offer our own opinions regarding the legitimate use of presidential power and the treatment of prisoners. At noon, there will be a demonstration with banners and protest speeches outside of STU (11th Street and LaSalle Ave).

Robert Delahunty is currently a professor at St. Thomas University School of law.

Prior to becoming a law professor at UST, Delahunty worked in the Office of Legal Counsel in the Department of Justidice, for president George W. Bush. In that capacity, John Yoo and Robert Delahunty wrote ‘legal’ opinions which gave the Bush administration cover for the harsh treatment of prisoners, which was being practiced.

Ten years ago, on Jan 9, 2002, John Yoo and Robert Delahunty wrote the infamous memo which argued that the Geneva Conventions did not apply to the treatment of prisoners who were Al Qaeda or Taliban or “non-state” or rogue state combatants. This memo had the cornerstone effect of providing a green light for the harsh treatment of detainees in Abu Ghraib, Guantanamo, and CIA “black sites” worldwide.(now also Somalia )

Why do we march?

Guantanamo is still open, 10 years after the first prisoners were sent there Jan 11, 2002. There still has been no accounting for or prosecution in high places of the war crimes, including torture and waging aggressive war.

This failure to prosecute is a crime in itself, because of the treaty obligations of the U.S., including the Convention Against Torture, which we have signed. Torture is still practiced in Afghanistan by our client state military forces, with our tacit knowledge and approval. Abuse of prisoners is very much with us in the U.S. 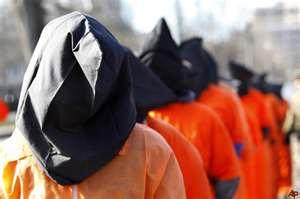 A most notable example is the abuse of the whistle blower prisoner Bradley Manning. Our rights are under attack. The brand new Defense Authorization Act, which allows citizens accused of terrorism to be locked up indefinitely without trial is just one example. Additional context is extreme militarism and impending war with Iran. We can’t fight all the battles at once. This time we are just saying torture is always wrong. Torture doesn’t work. Torturers should be held accountable. We are Tackling Torture at the Top, a sub committee of WAMM