In Minnesota, coal and natural gas reign supreme, but wind energy is on the rise.

Coal and natural gas power plants accounted for over two-thirds of Minnesota’s overall energy production in 2010, according to the U.S. Energy Information Administration. 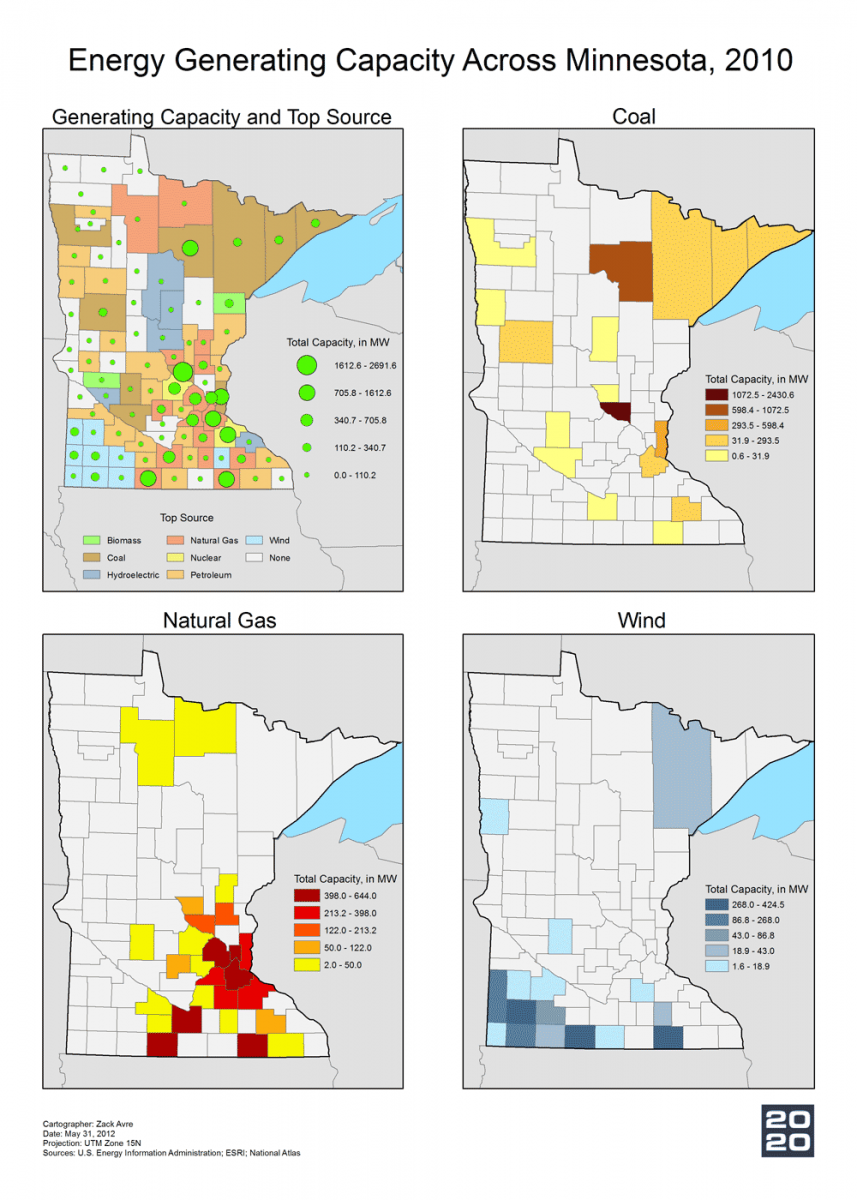 Out of all fuel sources, natural gas power plants produced the greatest amount of energy for Minnesota in 2010. Power plants using this fuel source are centered in the southeastern quarter of the state around the Twin Cities, with the seven-county metro accounting for nearly 43 percent of the state’s megawatts.

Coal power, on the other hand, is scattered across the state. As the map illustrates, plants utilizing coal power tend to be skewed to the north. In addition to the counties bordering Lake Superior, Itasca and Washington Counties are hot-beds for coal, generating over thirty percent of Minnesota’s coal power combined.

However, Sherburne County, shaded in the darkest brown, is in a league of its own. Xcel Energy’s Sherburne County Generating Station, located in Becker, produces around 2400 megawatts alone. This equates to over 45 percent of the coal power in the state and nearly 15 percent of Minnesota’s overall energy production.

While natural gas and coal dominate Minnesota’s energy landscape, wind energy has seen promising progress in the past decade.

Between 2005 and 2010, nearly 800 wind turbines were added to the state’s arsenal. Counties with existing turbines saw their stock greatly expand, with some adding well over 100 turbines in this time frame.

This trend suggests that wind is providing a viable supplement, if not alternative, to coal and natural gas in southwestern Minnesota.  As it stands, wind power production capacity across the state has nearly tripled since 2005 and its proportion of total capacity has risen from 5.2% to 12.1% in just five years.

As the Department of Energy releases more recent data in the coming months and years, it will be interesting to see if wind energy has kept up this momentum and continues to hold its own in Minnesota.