The public positions on this November fifth’s Minneapolis municipal ballot to which candidates will be seeking election will include the mayor, 13 city council seats, and two seats on the Board of Estimate and Taxation.

All nine Minneapolis Park and Recreation Board (MPRB) seats are on the ballot as well. 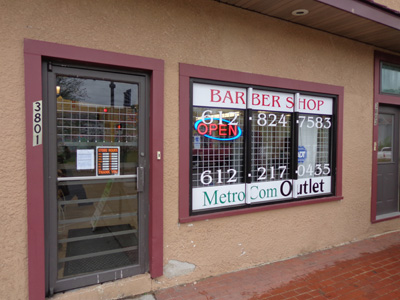 The MSR recently randomly asked a few of our man-in-the-barbershop sources the following question: “What do you know about the Park Board, including the election of its commissioners?” Here’s what we heard.

“Who are the commissioners? Where are they from?” asked Cameron Cook, 36. “When it comes to governor or something like that, you know about that. But when it comes to local stuff, you don’t hear that much about it.”

Chris Oliver, 34, said he was involved with the Park Board as a kid, “but other than that, I’m not really sure exactly what they do.” He did admit he knew the board’s commissioners were elected officials.

“I think they should be trustworthy with the money,” said Oliver.

These comments are representative of responses we have received from many citizens when asked about the Park Board and the election of the commissioners who oversee its activities. Yet, as MPRB Communications and Marketing Manager Dawn Sommers points out in this week’s front-page story on the Board’s inner-city work, among other things they oversee 47 recreation centers in the city that provide critical services to thousands of inner-city youth.

A majority of these youth are of color; yet of the current nine commissioners, none identify as a person of color. As the Minneapolis Park and Recreation Board works to bring greater diversity to its management staff [see ”Park Board as ‘hostile workplace’ revisited,” MSR, May 9], the citizens of Minneapolis can help increase the cultural competencies of those in charge by becoming more familiar with the MPRB and using the electoral process to increase its diversity as well.

Every four years, the nine commissioners are elected to the city’s Park Board — one from each of the city’s six park districts and three at-large members. The group is “an independently elected, semi-autonomous body responsible for maintaining and developing the Minneapolis Park system to meet the needs of citizens of Minneapolis,” according to the MPRB website.

As with the other offices on the 2013 ballot, any person wishing to seek a Park Board commissioner position must be eligible to vote in Minnesota, have not filed for the same or any other office for this year’s primary or general election, be at least 21 years of age and have lived in the district for at least 30 days before the general election.

Candidates can file from July 30 to August 13 at the city’s Elections Office at City Hall. The filing fee is $20.

For further information, go to the city’s election website, www.minneapolismn.gov/elections/candidate, or to the Park Board website: minneapolisparks.org.