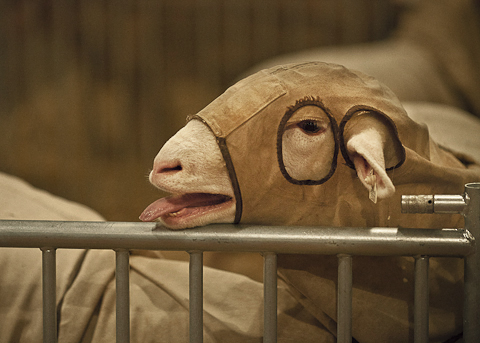 Agriculture is still the foundation of the Minnesota State Fair, with people coming from all over the state to showcase livestock, horses and crops. More than 30,000 meals are served to 4-Hers and staff during the 12 days of the fair.

What do livestock judges look for?

Sheep, for example, are evaluated on the basis of breed type with the emphasis on traits as: color of face, ears and legs, size and carriage of ears, and wool covering face and legs. Their meat productivity is judged by size, overall dimension, scale and frame, weight for age and muscle content. Wool productivity is evaluated; average sheep produce about 15 pounds of wool a year.

Livestock competition takes place in several barns, the Exercise Ring, the Judging Arena, and the Warner Coliseum. Sheep judging takes place on the west side of the Sheep and Poultry Barn.

The mother sheep is called a ewe, the father a ram, the baby a lamb. Sheep’s gestation period is 152 days and the number of lambs born at one time is one to three.

Starting in October 2011, a new arena for equine and livestock shows on the fairgrounds is being constructed. Plans are for a 27,000 square foot structure with a 15,000 square foot oval show ring. A groundbreaking ceremony is Saturday, Aug. 27 at 5:30 p.m. at the current Judging Arena.

Originally built in the 1960’s, the new building will have improved access for the public and multiple entrances for exhibitors and animals. The structure will include enhancements, exhibitor improvements, and a 600-seat spectator area. Substantial completion is expected by April 2012.

The $3 million project will complement activities at the Lee and Rose Warner Coliseum and the Horse and Cattle Barns. The non-profit Minnesota State Fair Foundation administers the Arena Campaign. The public is invited to donate.

The new facility is named AgStar Arena after contributions from AgStar Financial Services. Tribute gifts starting at $300 will be recognized with a paver in Star Plaza. A $100,000 contribution will give you your name or logo over entryways.

(Above) Image of the new AgStar Arena scheduled to begin construction in Oct. 2011.

The 2011 FFA Livestock show runs for four days, from Friday, Sept. 2 through Monday, Sept. 5. Entries are open to Minnesota (and Wisconsin sections 1, 2, and 3 in beef and crops only) students, grades 9-12, who are regularly enrolled in an agricultural education program or are active members of a chapter of FFA that is in good standing in the state FFA Association.

The handy, easy-to-use daily schedule of events, called a Brochure Rack, makes it easy to plan your trip to the State Fair, and is available online or at the Fair. For the complete livestock judging schedule, refer to the daily schedule. The types of animals on the grounds change throughout the 12 days of the fair. 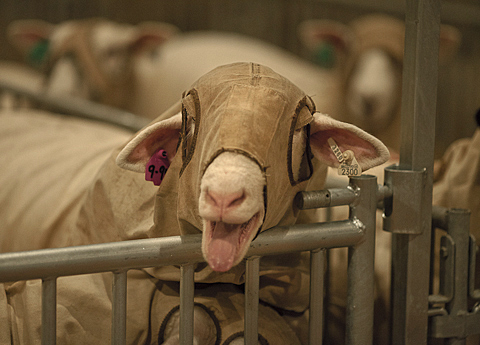 (Above) How would you judge this sheep? Ears are part of the competition. (Photo: Jeff Rutherford) 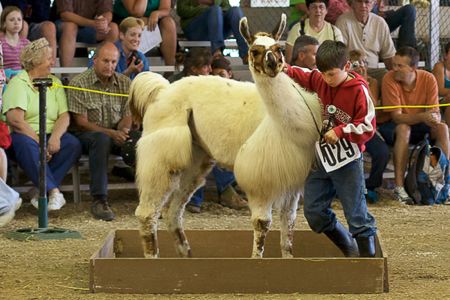 (Above) A young handler at the Llama competition. (Photo: Minnesota State Fair)