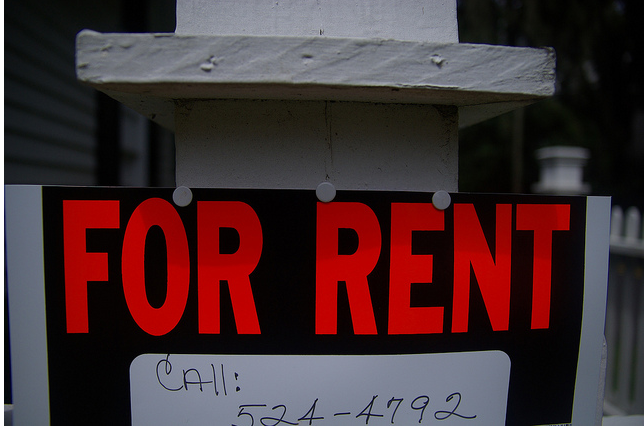 Densely populated with rental properties, St. Paul’s Union Park neighborhood is often home to clashes between homeowners, tenants, and landlords. Some landlords have taken an active role in the neighborhood, and many residents see the involvement as important in defusing tensions.

“When I moved into my home,” Union Park resident Carole Chabries says, “one of the first people to knock on my door was the landlord of the property next door. He gave me his name and number and said to contact him if the kids next door gave us any trouble.”

Chabries’ experience is not unique. “One of my properties is almost right next door,” landlord Teri Breton says, “These are my neighbors, too, and I want to make sure we have a good and safe environment.”

Landlord and twenty-year resident of Union Park, Ken Fowlds takes a similar approach with his properties, “I live on a block where I’m surrounded by student rentals so I am aware of the pitfalls. I try to be very hands on in monitoring my units and tenant behavior.”

According to a neighborhood profile done by Minnesota Compass, tenants outnumber homeowners in the neighborhood, with around 53% of homes rented out.

A majority of rental properties are occupied by Saint Thomas students, and the recently instated housing ordinance has been pointed to as a backlash against poor tenant behavior.

Many landlords are active members of the neighborhood, attempting to mediate or even head off possible conflicts.

“Landlords aren’t always perceived in the most complimentary of lights here,” Neighborhood Liaison for Saint Thomas University John Hershey said. “There is a perception that since students aren’t as selective about housing, the landlords don’t maintain their properties too well.”

Property Manager Beth Richardson said, “A lot of times these rentals are ‘mom and pop’ rentals,’ so the person who owns it doesn’t hire a manager. There isn’t anyone to help make sure the lease is honored or to say, ‘Hey, your behavior is unacceptable.’”

Union Park resident Thomas Rupp labels the relationship between homeowners and landlords on his street as “poor.”

“In my neighborhood, bad tenants from rentals litter on and around the property and detract from the community,” he explained.  “Landlords are only notified by the code enforcement officer of violations because there is no other way to contact them.”

Tracy Goodrich, a tenant organizer HOME Line, a nonprofit Minnesota tenant advocacy group, said,  “While not all landlords are bad, it can sometimes be easy for them to evade or put off a problem.”

Out of the 2046 calls received from the Saint Paul area to HOME Line’s tenant advice hotline last year, around 17 percent came from the Union Park zip code.

“The number one reason people call us is because the landlord isn’t fixing, something,” HOME Line’s managing attorney and hotline Mike Vraa said. “But I always keep in mind that, with the foreclosure explosion still rippling, it is much better to have a neighbor with a renter than a neighbor who has been foreclosed on.”

For many landlords in the neighborhood, the rental properties are seen as an investment.

“We wanted diversification and also the possibility of controlling and enhancing the investment,” landlord Ferdinand Peters said on one of the reasons why he chose to become a property owner.

Breton has also evicted tenants with poor behavior. “A neighbor once complained that our tenant smoked. We have a no smoking policy and when the tenant refused to cooperate—we booted him.”

“We don’t have any trouble renting out our properties,” Breton says, “so we don’t need to deal with that sort of behavior.”

Hershey says, “I’ve found for the most part that landlords are more than willing to work to solve any tenant issues. As a group they are very responsive to the idea of being an active presence around their neighborhood.”

Rupp adds, “It is a civic duty to be a good member of a neighborhood whether you are a student, tenant, owner, or landlord. Providing a safe, clean, and respectable neighborhood should be the priority for everyone.”