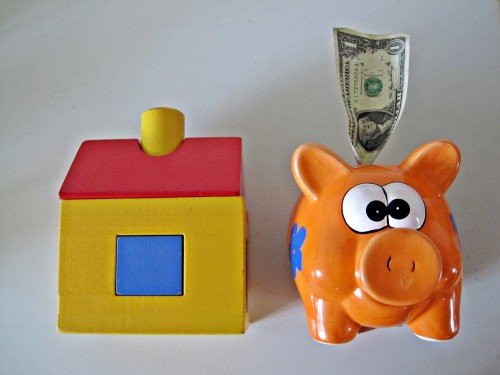 The Healy Project’s quixotic lawsuit to save 2320 Colfax hit a major snag earlier this week when a judge denied their request for an injunction. And for anyone who’s followed the saga, there were some interesting and amusing tidbits in the judge’s ruling (p 4-5).

The Healy Project’s two “experts” were each judged unqualified to give expert opinions. What I find just as problematic is that they both “rehab old houses for a living.” I have little doubt they do good, honest work. But surely they get paid. Old houses are their livelihood. To paraphrase an old saying, If all you have is a hammer, then every problem is a fixer-upper.

And then there’s the Rehab Addict, Nicole Curtis–hero to local and international house fans alike–who analyzed the neighborhood housing market this way: “We need another apartment building in the Uptown area like we need a hole in the head.” That statement makes more sense when you consider that a reality TV show about apartment buildings sounds pretty unwatchable. I’m sure if her below-market offer on the property had been accepted, 2320 Colfax would have made for wonderful TV.

That’s not to say that any of the above individuals don’t have a genuine love of history, old houses, and apple pie. But we should take their clearly biased perspective, as the judge did in her decision, with a grain of salt. And maybe preservation maximalists can stop being “shocked, shocked” at the sight of money in real estate–at least until they quit their day jobs.

Which brings us to the No New Housing crowd’s cries about the corrupting influence of money and profit in the development process. That’s a reasonable thing to be cognizant of, as long as we’re not throwing around baseless accusations of corruption masquerading as arguments. But profits, in and of themselves, are no reason to oppose development. No house ever built itself. And only Jimmy Carter will build them for free. I’m sure even T.P. Healy cashed a few checks in his day.

There’s money to be made as a real estate developer. But my sleepless nights spent watching Armando Montelongo infomercials have convinced me it may be possible to make money from pre-existing buildings. For example: I pay money every month to a landlord in return for a place to live. Sometimes it can be hard to stop myself from imagining all the creepy, corrupt things that go on with that money once it’s out of my hands (just kidding; I love my landlord).

Do you need to replace a historically inaccurate chimney? Want to repair or replace your gutters or porch, or paint a newly replaced surface in your home? The Lowry Hill East Neighborhood Association will pay for half the cost using a pool of $235,000 worth of taxpayer money, and call it a “loan.” But don’t worry, this “loan” is more like a gift. If you manage to stay in the house for 10 years, you never have to pay it back; and there are no maximum income limits to participate. Just make sure you do these home improvement projects (and a long list of others) in a “historically accurate” manner. And don’t get greedy: Jacuzzis are off limits–that would just be unseemly.

So, we’ve got an organization run by property owners, who pay each other with tax dollars to do home improvement projects. I mean, I know I’ve been rough on these guys recently, but I really had no idea. And though it’s all perfectly legal, it’s hard for me to see how funneling free money to its wealthiest residents is good for the neighborhood as a whole.

There’s no doubt that money moves people–and not just developers. As long as we’re examining the financial incentives of the people who think our neighborhoods need more housing, we should also be questioning the financial incentives of homeowners and some of the neighborhood associations they dominate. Are they serving entire neighborhoods, or just helping themselves? It’s property owners–my neighborhood’s top 15%–who benefit from appreciating home values and rising rents that result from restricted supply. It’s the 85% of renters at the bottom who get slammed. When it comes to setting our city’s housing policy, it’s obvious we need a process that extends beyond the very narrow financial interests of many neighborhood organizations.