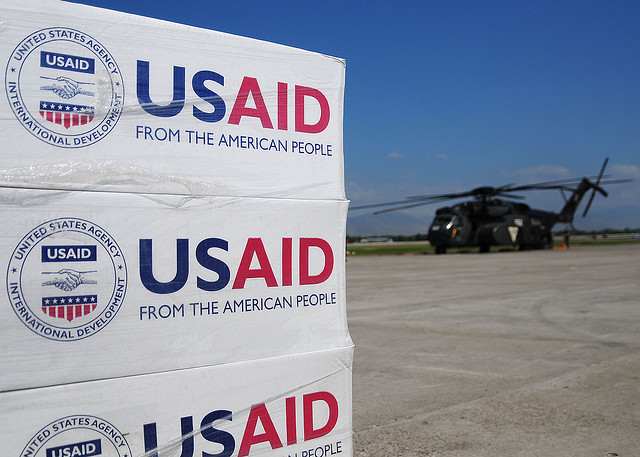 IATP joins many NGOs, academics and policy experts today in celebrating a move that could make U.S. food aid more efficient and responsive to the world’s hungry. Obama’s budget for fiscal year 2014 proposes to shift close to half the food aid budget to procuring food aid from local and regional markets rather than the shipping U.S. grains on U.S. ships halfway around the world. With local and regional purchasing, food aid can get to those who need it faster and cheaper while also building local capacity to deal with an increasingly unstable international food supply. It’s a big move, especially when you consider U.S. food aid makes up more than half of all food aid worldwide.

So why are some upset about a move that saves money and gets more food, faster, to those who need it? Enter the “iron triangle”— U.S. shippers, grain companies and a handful of humanitarian NGOs. Scared for their jobs, jealous of their profits, or concerned that Congress will not support more effective forms of aid—the members of the triangle had different reasons for supporting widely discredited programs. (See Kevin Drum’s aptly titled article “Obama Proposes Making Food Aid Less Insane” published by Mother Jones earlier this week.) None of those reasons was persuasive, though. And now the White House has joined the chorus for change.

Thinking about food aid in this way is nothing new though, and there are many who have seen its merits for a long time, even if the U.S. government is only now catching up. In 2005, IATP produced U.S. Food Aid: Time to Get It Right pushing for cash-based aid over shipping U.S. commodities. And, many anti-hunger advocates like CARE and CRS (themselves food aid providers), American Jewish World Service, Oxfam, and many others in the faith, farm and development communities, have made huge strides in advocating for a more effective aid deployment system. The Bush administration tried to make the shift in 2006, but Congress (under intense lobbying from vested interests) only approved a small pilot project. Let’s hope implementation goes more smoothly this time around..