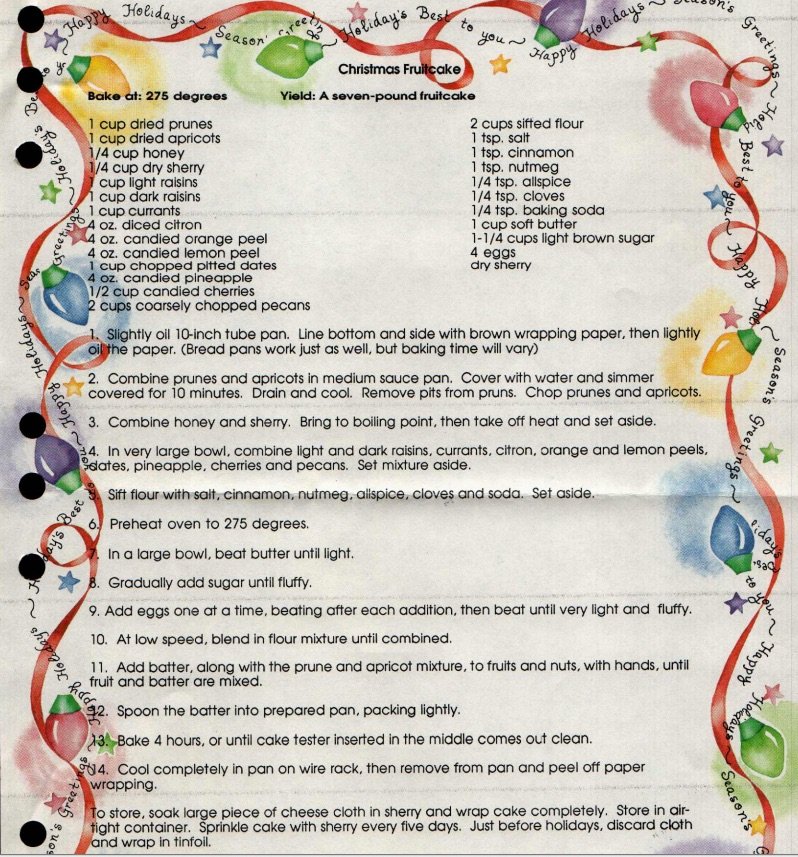 It is Friday and Fridays are for fun. There are a lot of people who do not like fruitcake. In fact we could even say most people don’t like fruitcake. I am not most people. There is a lot of bad fruitcake out there that is dry and mostly inedible. My mother made fruitcake and we all liked it. She would soak it in sherry and then in rum for weeks before Christmas. I believe she got the recipe from my grandmother.

My mother can not make fruitcake anymore. It is too hard for her to do anything that requires several steps because she would likely forget what it is that she is doing before she gets to the second or third step which is OK because I found the recipe. I will just add that it is best if the cake is soaked in the sherry for five days and then kept in a rum or sherry soaked cloth for a month or so. It is actually better if the cake can be cured for a few months but it is probably too early to make one for the 2015 holiday season.

I also found an article about how to soak the fruit in run ahead of time and then making the cake and soaking it. This fruitcake is for the grown up pallet and makes an excellent gift.