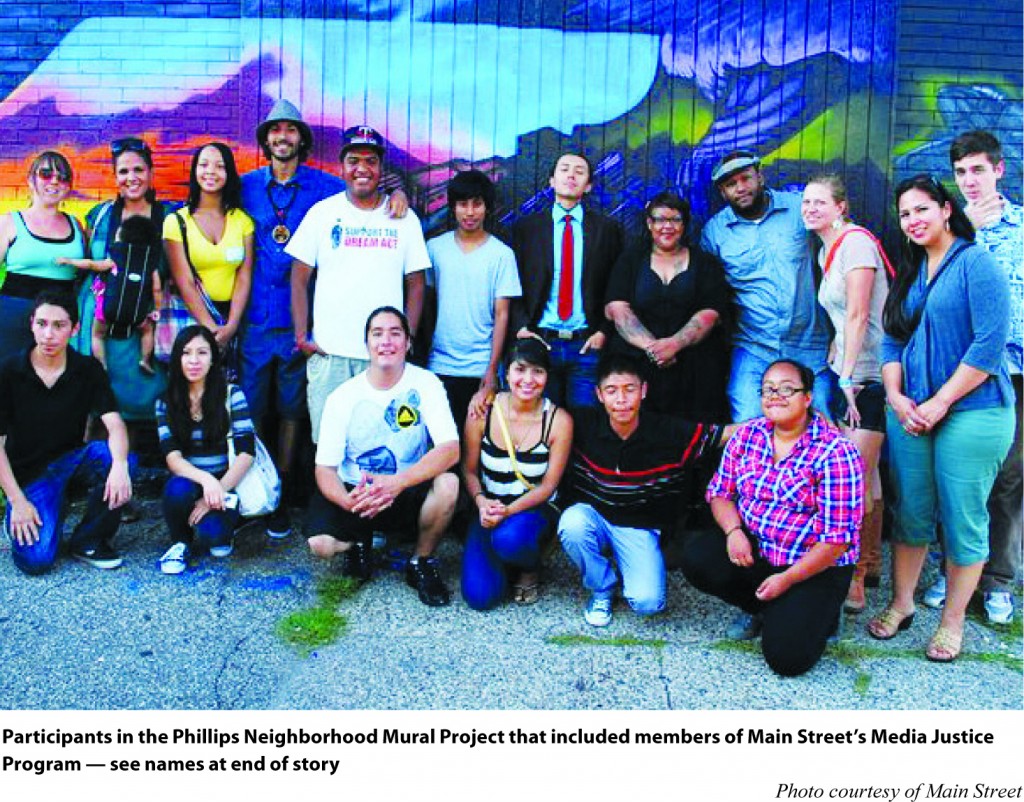 For about 25 years Ritchie has done rural community organizing work from both a political and economic development perspective. In 2005, Main Street Project responded to a Northwest Area Foundation initiative to encourage leadership in four states that represented their geographic territory — Minnesota, Iowa, Oregon and Idaho. They would assist immigrant populations in rural communities that did not get the same attention as urban communities or have the same access to philanthropic resources.

Main Street’s stance was that improving the economic success of immigrant populations increased the likelihood of their participation in civic life and becoming more involved in their children’s education. Main Street was successful in reaching out and providing support to non-English speaking communities by producing materials and hosting conversations in multiple languages.

As a result, they found themselves involved in immigration control issues during their second and third years. Ritchie explains that it was nothing specific to the work they were doing that caused immigration controls to focus on these communities, but rather the fact that immigrants were often attracted to towns with food industry jobs led to the towns being targeted.

“So we went from doing training and technical assistance to doing triage and legal work trying to help families figure out where people ended up after being arrested and detained,” Ritchie says.

Several years ago a staff member introduced Main Street Project to the importance of being involved in media policy. “Media justice for us started with our work challenging the use of language in the newspapers and on television talking about undocumented persons and immigrants as ‘illegal.’ So for us it was trying to educate the publishers and the editors about what we perceived to be the incorrectness of the use of this language,” Ritchie says.

This led to addressing issues like how people such as immigrants in rural communities get opportunities to tell their stories and how their stories are told. Main Street gravitated to the media justice issues because they knew that rural areas were both more likely to have gaps in access to high-speed Internet, and because non-English-speaking immigrants, particularly non-citizen immigrants, were more likely to use mobile devices as a primary source of communication.

Main Street wanted to influence policy that would “create affordable access to high-speed Internet, which is increasingly linked to all sorts of things — filing application for work, all manner of government programs, the simplest of things these days — and almost exclusively in some cases, things are being done online,” Ritchie explains.

Approximately three years ago, Main Street Project, along with several hundred other national organizations, formed Media Action Grassroots Network (MAGNET) working to educate and engage everyday people in the issues of media policy, the digital divide, and media justice. This led to networking with allies in the Twin Cities on issues surrounding federal communications policy and antitrust issues, “organizations who share the same concern about the direction of U.S. policy, which is pretty much a straight line in corporate interest and rarely in favor of consumers,” Ritchie says.

Since becoming involved in media-related issues, Main Street has acquired staff with skills and training in the issues of media justice with a grassroots, community-focused approach. Danielle Mkali, who has been a community organizer in the Twin Cities since 2002, spent several years working as a youth organizer through the Center for Democracy and Citizenship.

In the summer of last year, Mkali joined Main Street as a media justice program organizer. Though Mkali admits that before the position she knew little about issues like Internet neutrality, after learning more she realized how significantly it affected all communities — particular people of color.

“We know that stories and storytelling is the way that [people of color] make culture and the way that we reestablish culture. And if we would just leave it up to the mass media, we would think that people of color don’t have any culture or ideas or knowledge or ways of doing things,” Mkali says.

“We also know that the brunt of the most difficult problems facing the United States [have been] falling on the backs of people of color for a very long time in this country… Solving anything from the education justice issue to crime and violence, the stories have got to come from us.”

Currently, fewer than 10 corporations own all of the major media producers in television and newspapers. The Internet has become an inexpensive way for people to both access information and services and offer their own, yet there is legislation being presented to curtail Internet access.

Main Street advocated against and organized around the AT&T/T-Mobile merger. A high percentage of T-Mobile employees are people of color, and because of their competitive rates a higher percentage of their consumers are as well.

The media justice program has also been working on Lifeline, providing low-income and homeless people with free cell phone use. Working with the Public Utilities Commission, they have negotiated with telecom TracFone up from 67 free minutes to approximately 600 minutes. They filed comments to the commission this past Friday, January 6 with guidelines for the program.

In the spring of this year, Main Street Project will be launching an initiative to fight against prison phone call rates, a national problem with Minnesota effects where the rates charged by private companies to administer outside phone calls made by prisoners are both unregulated and exorbitant.

The media justice program also helps leaders of grassroots community organizations get their message out through filmmaking, social networking, podcasting or digital storytelling. They offer once-a-month free training and workshops for leaders, organizers and activists, called People’s Tech training. On Saturday, January 21, their theme will be “Amplifying Your Voices Through Social Networking,” training on how to use tools like Twitter and Facebook in organizing campaigns.

As a result of working with immigrant rural populations, Main Street’s economic justice program now has a group of organic, free-range chicken farmers in Northfield, Minnesota. Their work in Northfield “is an effort to try and reconnect people with skills and experiences and maybe the aspirations that they brought with them. And trying to create the infrastructure to support their ability to become small-scale producers,” Ritchie says.

Though Main Street Project grew out of Midwest experiences with a heavily rural and Latino focus, they looked to the models of the Federation of Southern Cooperatives, a co-op representing and supporting small-scale African American fruit and vegetable farmers in the South. They manage 10-12 community credit unions across the U.S.

“We’re trying really, really hard to link as much of what we do in every way possible with people who are working on food systems, food work, immigration policy, media justice, [and] community development everywhere in the country all the time,” Richie says.

“The sooner we are able to move ourselves out of isolation and into relationships based on shared values and trying to improve the conditions of people not at the top who are doing just fine, we think the better we’ll all be.”