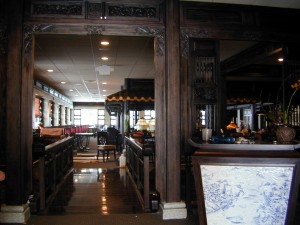 The doors of the pinnacle of Little Mekong, Saint Paul’s Asian Business and Culture district, will remain open thanks to an intervention by the Hmong American Partnership (HAP).  Mai Village, a Vietnamese restaurant renown not only by locals and metro area Vietnamese, but by state legislators and City Hall officials, will not be closing it’s doors as was once feared.  Thanks to a combination of debt forgiveness and the HAP, Mai Village will remain at the center of Little Mekong.

Mai Village began with an initial $4.2 million paid for the construction of it’s signature elaborate interior including a pagoda-like motif and bridged Koi pond.  In April of 2003 Mai Village then secured a $400,000 loan from the city’s Housing and Redevelopment Authority (HRA), but rising interest rates caused that loan to grow to $512,000.

Initiating foreclosure in 2010, Western Bank instated a payment plan for Mai Village, however, falling behind on payments yet again caused the bank to reinitiate the proceedings.  The lack of ability to pay on Mai Village’s part was due to not only the recuperative state of the economy following the recession our nation faced in 2008, but the Green Line construction that threatened many businesses along University Avenue.

The restaurant that began as a small operation in a home basement, Mai Village, and the city of Saint Paul, viewed a future that could have included the building falling into foreclosure and vacancy.  It was a point at which the city, as a third-party lender, would find no compensation, and Little Mekong’s growth would have been slowed, or worse, reversed.

In saving grace, Hmong American Partnership will pay $25,000 toward the $512,000 Mai Village owes to the city, and St. Paul HRA has decided to accept the remaining $487,000 loss.  Melvin Carter of HRA council commented, “What we’re getting out of this is more than just $25,000,” also noting Mai Village as a ‘symbol improvement and important gathering point’.  Given it’s popularity among legislators and the local communities at large, Carter is spot on with the idea that losing Mai Village could, and likely would, wreak havoc on the Little Mekong area.

Once all is said and done, Hmong American Partnership will take ownership of the building, leasing the lower level to Mai Village while moving it’s Mekong satellite office to the second level.  Bao Vang, HAP CEO and President, summated the deal for HAP, “(The)main goal is to keep mom-and-pop businesses on the avenue.”  The HAP intervention will keep one mom-and-pop on the Green Line, but it does not end there.  The HAP intervention into the matters of Mai Village may not have saved only one of the most notable pieces of Little Mekong, but Little Mekong itself.