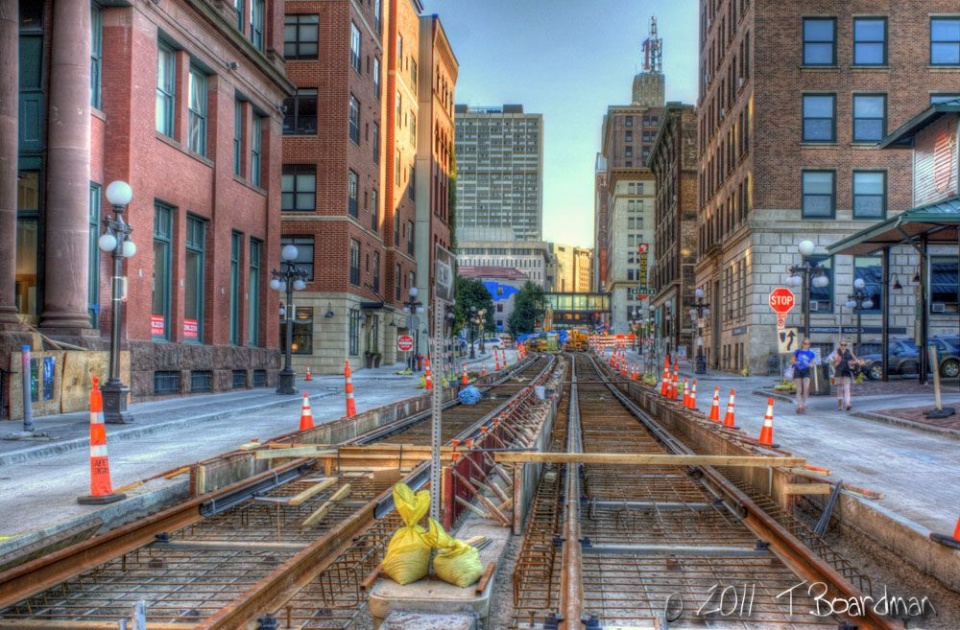 I have been trying to provide photographs of the progress on the Light Rail Line in St. Paul.  There are rails on E. 4th Street in downtown St. Paul which is an important mile stone and the first hard evidence I have seen that they really are working on light rail and not just tearing up the streets and patching then up again.

The businesses along this street are open for business and the evening I was out taking photos I was happy to see that people were out and about and even spending money.  Please don’t let a little construction keep you away from downtown.

Also see 4th Street now and then and Capturing history.

Kellogg Blvd at the corner of Jackson next to the post office will never look the same again and maybe that isn’t such a bad thing.  The building on the East corner is gone as is most of the parking area.  This block of Sibley street has been closed for months but Kellogg Blvd is open all the way. 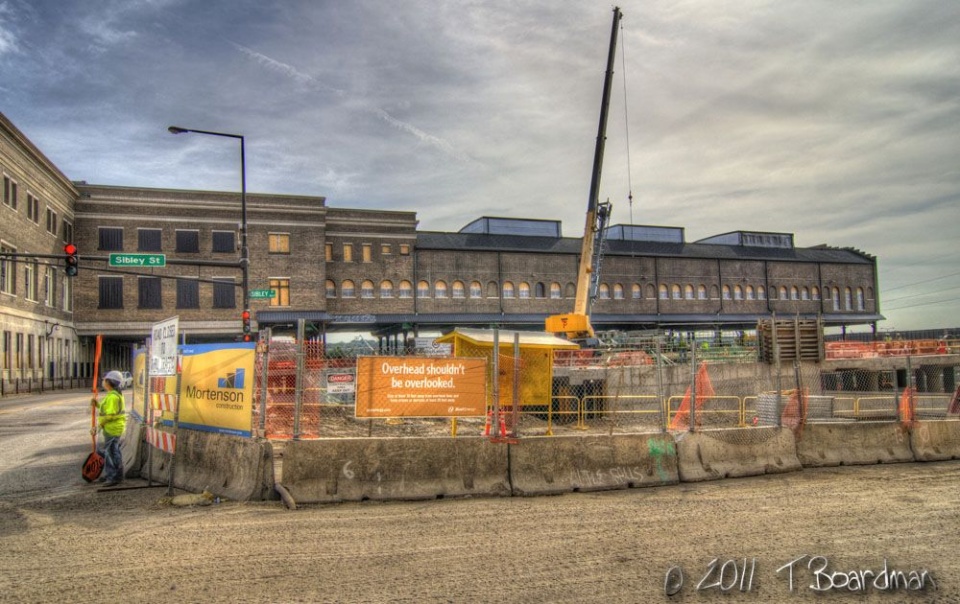 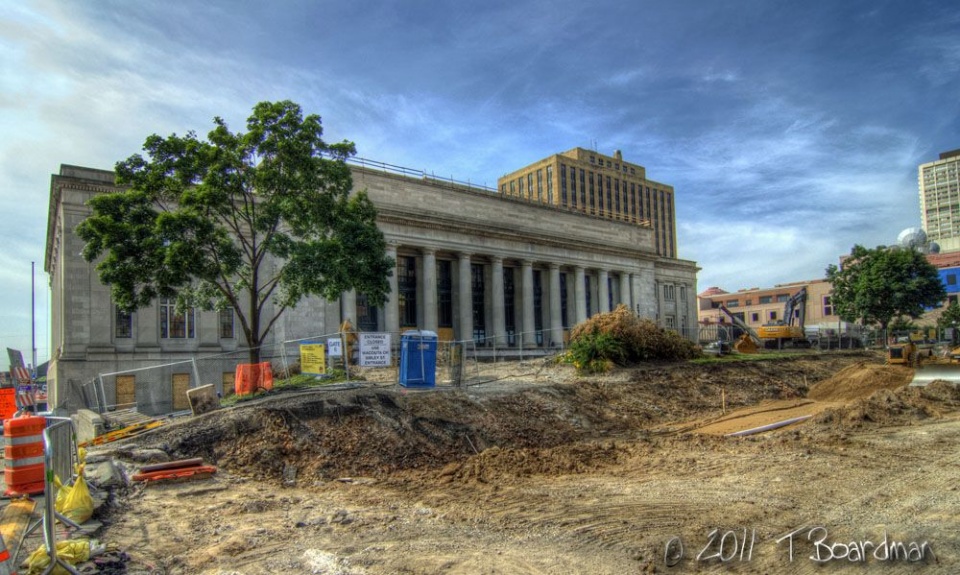 The historic union depot will become a transit station and as a St. Paul native I have to say I am thrilled that it will be put back into service.  The angle I chose for the photo is an unusual one but it is hard to get close to the front of the building now with all the roads and walkways dug up and closed.

LRT construction has created some jobs and they are living wage jobs.  When people have jobs they spend money which usually helps other people keep their jobs.  Most people would agree that this is a good thing.  At the same time LRT construction is hurting some local businesses and the create jobs too. 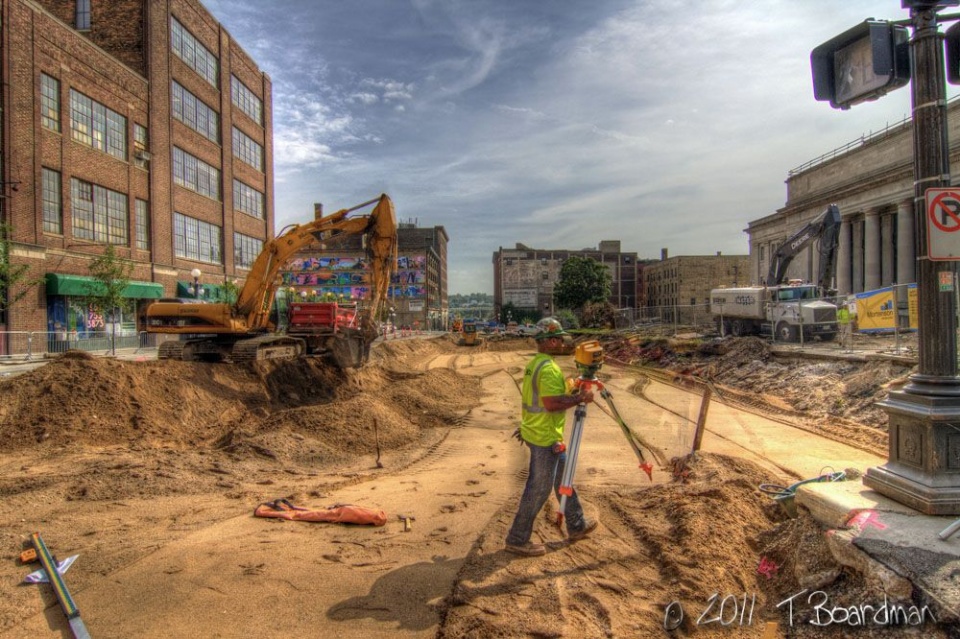 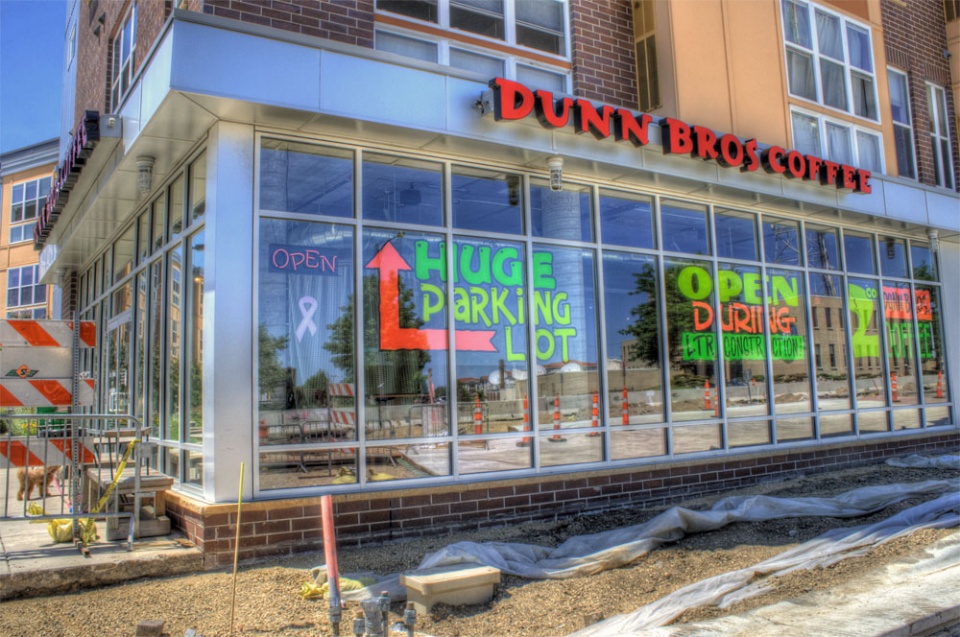 This is my final installment of the LRT updates.  I will take some more picture next month and maybe there will be some more progress.  More tracks are going in as I write this.