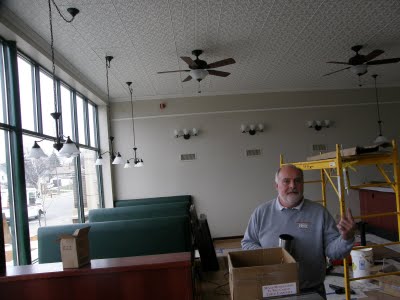 Today, Johnny Northside blog was specially invited for a sneak peak inside the Lowry Cafe, (click here for their Facebook page) which is set to open in early May. The last time I was inside, the place had studs instead of walls. Now it’s so close to finished, some cooking ingredients are already stocked.

From its cherry-stained oak bar, to its 12-foot ceilings and 1920s style interior, the new restaurant shows what is possible when you have AN ENTIRE HARDWARE STORE AT YOUR DISPOSAL to finish a space and make it perfect… 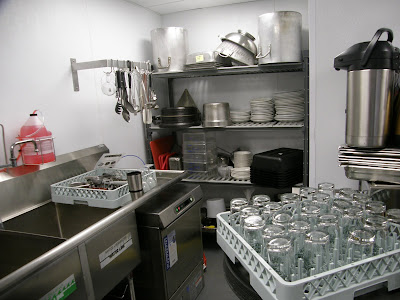 The brand new kitchen is like an artist’s canvas waiting to receive a masterpiece. I am told the menu will consist of “comfort food with a twist” which could also be described as “home style classics turned up a notch.” For example, meatloaf with bourbon onion sauce and shoestring onions, on Texas toast. The pork tenderloin is expected to be “a staple.” Bottled beer and wine will be available.

Though the walls are newly finished and empty at the moment, in the future they will feature the works of local artists. 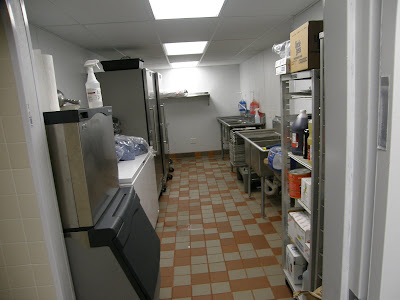 This is not the same kitchen as the previous photo, but the “prep kitchen” in the basement. 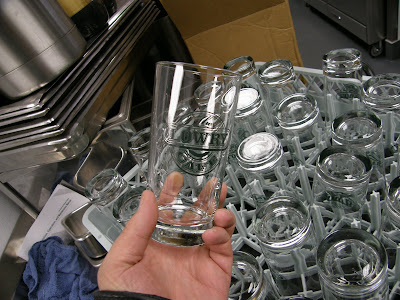 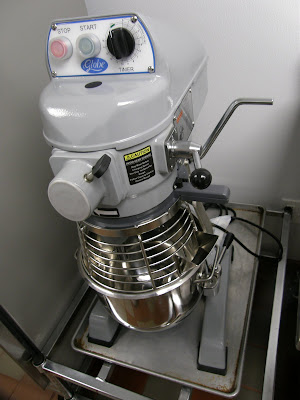 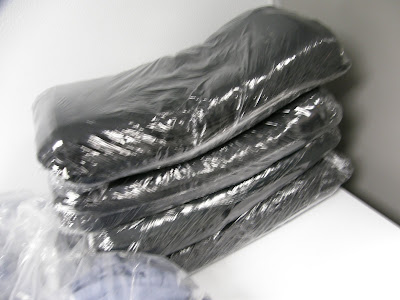 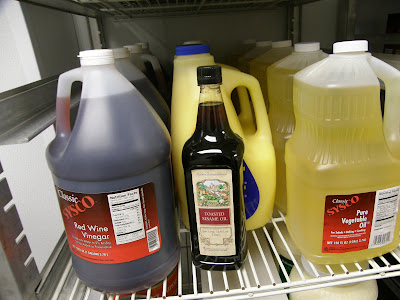 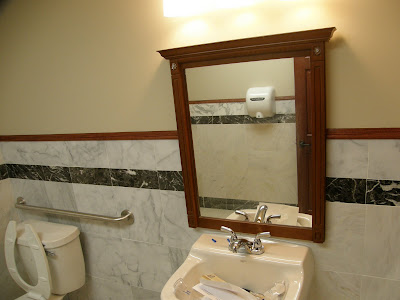 One of the rest rooms. Yes, that’s real marble tile. 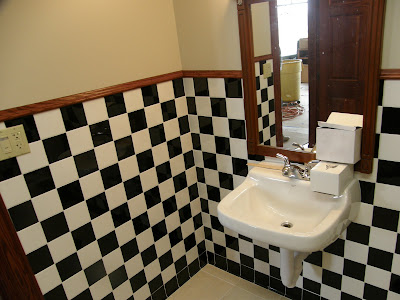 The other rest room. Darryl did all the tile work himself. 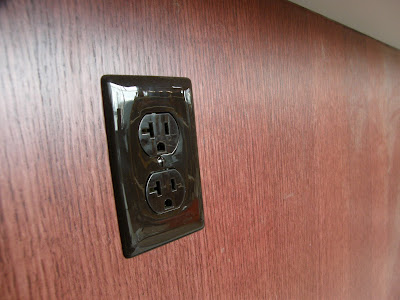 Extra outlets have been installed at the bar to accommodate customers with laptops. Johnny Northside blog LIKEY LIKEY. 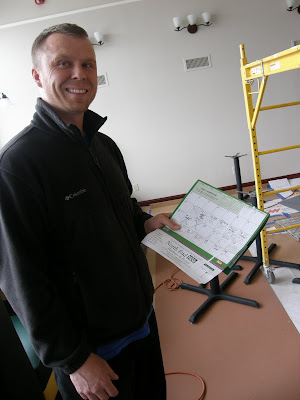 Here’s the chef, Steve Swinney, who has previously worked for independent restaurants, corporate restaurants, and franchises. He’s very well-rounded in the food service industry. In addition to “comfort food with a twist,” Swinney hopes to have wines of “affordable quality anybody can enjoy” and a local emphasis with the ingredients for the cuisine; including produce from farmers markets when available. The bread used at the Lowry Cafe will be from Franklin Street Bakery, and the coffee will be B & W which is a local “fair trade” company, click here for their website. 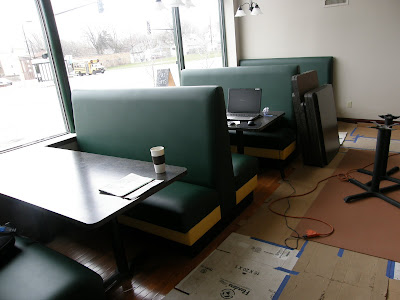 The booths will be named after the five North Minneapolis neighborhoods that line Lowry Avenue and will be identified by little brass plaques. Extra big and comfy, the booths seat six. The table tops are huge and will work well to unfurl maps and plot further neighborhood revitalization.

Visible from the windows of the Lowry Cafe are large, open areas of land just itching to be developed. Pouring so much money and effort into the Lowry Cafe is an act of faith in the bright future of our neighborhood.