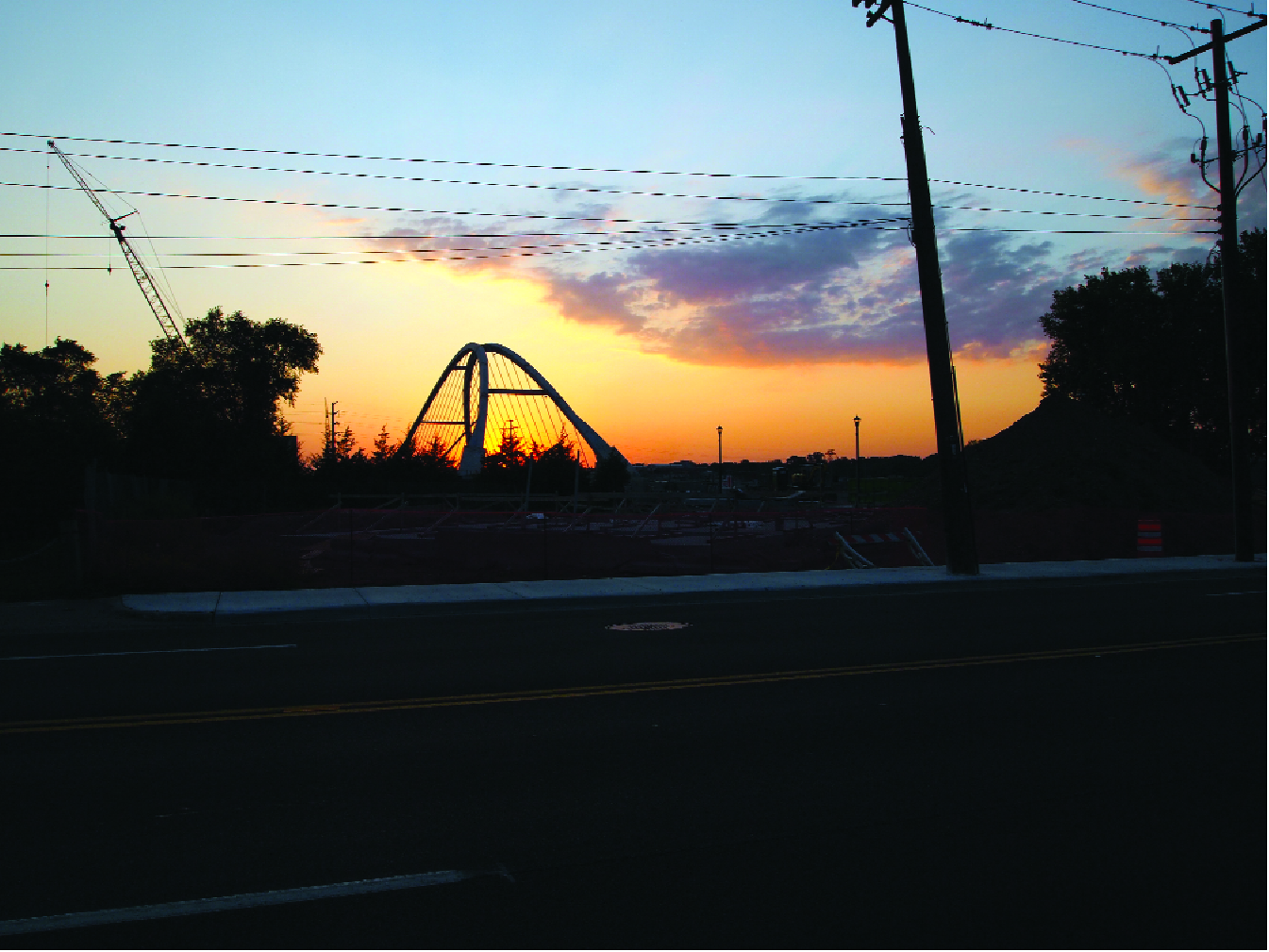 Drivers on both sides of the river look forward to the day when the construction cranes won’t be in this picture. They’ve been working on the final layer of cement since Sept. 10 and it will take until the end of the month. The most recent projected opening date for the Lowry Avenue bridge is Oct. 27. (Photo by Margo Ashmore)

It was hoped that the Lowry Bridge would be open for Lowry Avenue “Open Streets.” Not quite.

Hennepin County has set Saturday, Oct. 27 as opening day for the new Lowry Avenue Bridge over the Mississippi River. Festivities are planned from 10:30 a.m. until 1 p.m., and the bridge is scheduled to be opened for traffic that evening.

Hennepin County Construction Project Engineer Paul Backer said recently, “There isn’t any delay. We’ve been focused on delivery this fall,” and they intend to meet that deadline.

“A lot of details” need to be worked out, he said. “We’re trying to focus on the end of October.”

“We did have some high water in the river earlier in the summer, he said, but they are “working six days a week and putting in some long nights,” and the work is getting done.

“The project is going really well,” he said, calling it “just into the ‘ninth inning,’” with finishing touches, railing system work and electrical work getting a lot of attention recently. He said the final layer of cement is being poured, with installation work lasting until the end of this month.

One of the final touches, he said, is painting the arches. The final coat, he said, will be bright white. “It’s

really fun to see it come together,” he said. “It’s looking really nice.”

The previous bridge was closed in 2008, and imploded in 2009, after attempts to stabilize a shifting pier were unsuccessful.