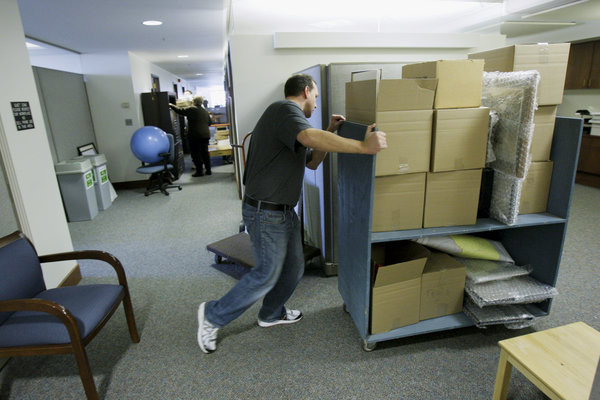 When there’s a shift in party control after an election, House members find themselves moving to new offices. Historically, the fourth and fifth floors of the State Office Building are reserved for those in the majority, while the second and third floors hold the minority members’ offices. Now that the DFL has taken control from the Republicans, there’s a whole lot of moving going on.

According to House Rules, members not re-elected are to vacate their offices by Dec. 15.

The members-elect roster is scheduled to be updated next week with the new office and phone numbers.