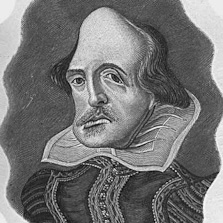 Lost in Shakespeare by Harmony Theatre Company and School

Okay, so…I’ve taken some flak, over the years, for my criticism of children’s shows.

Basically — I have endeavored to hold them to the same critical standard that I hold all theatre to. My reasoning for this is twofold:

1) The fact that they’ve chosen to apply to a public Festival, and charge money to all and sundry to see their work, suggests to me that they actively desire that level of scrutiny; and

2) I recall being a child actor, and that I was intensely grateful to those who held me to an adult standard, and deeply annoyed with those who chose not to because of my age.

…basically, I regard writing criticism of children’s theatre as a way of demonstrating respect. That said — for the first time in six years of writing theatre reviews — I’m not going to review this one.

I found myself waiting at the box office for a while, behind several people who were bewildered at the process of buying a button — in my experience, this indicates a body of people who aren’t planning to see more than one Fringe show. After I’d received my ticket — as I entered the theatre and sat down, several other members of the audience glowered at me suspiciously — presumably wondering who this strange man watching their children was.

The basic conceit of the show was clever, and several of the performances (both adult and child) were quite charming, and suggested potential. But this wasn’t a performance for me — it wasn’t a performance for curious strangers to wander into. This was a performance that existed to create an experience for the children who were a part of it. I don’t want to dismiss or devalue that by applying a deep level of critical analysis to it — so I’m not going to.

My question, rather, is for the adult who made the decision to present this show in such an environment. Why would you take a process and performers so vulnerable — and hold them up to public scrutiny in this manner? Particularly to douchebags like me?