Oregon state agriculture officials are doing toxicology studies on dead bees found in a parking lot near Portland to learn what is killing bees by the thousands. 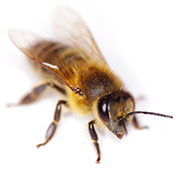 Officials pretty well know. What’s to be discovered is the why. From that, state and federal officials may logically deduce what regulations, laws and further research are needed to protect bees so they, in turn, may help us secure foods and flowers that sustain us and enrich our lives.

Linden trees around a Target store at Wilsonville, Ore., were sprayed in mid June with an insecticide to control aphids while the trees were still in bloom. Shoppers were horrified to find an estimated 50,000 dead bumblebees lying on the parking lot and near the trees. A June 25 editorial in the Oregonian newspaper noted that a second bee kill-off, numbering in the hundreds, occurred in downtown Hillsboro, Ore. where Linden trees were also sprayed with the same insecticide.

These are two recent events that have beekeepers, food scientists and entomologists worried throughout North America, Europe and on other continents as bees keep dying. There may be several reasons but the use and timing of insecticide applications are chief suspects in the mass killings.

The Oregonian newspaper editors explained why this concern should be shared by all of us. They cited UN Food and Agriculture Organization (FAO) research showing bees pollinate 71 of the 100 crops raised to produce 90 percent of the world’s food. This means that the honey crop produced by bees is almost a byproduct; the overwhelming economic importance of bees comes from pollination provided for other agricultural and horticultural endeavors.

Minnesota has a huge stake in finding ways to keep our bees healthy and working in our fields, orchards and gardens.

First off, few people have contributed as much to America’s food supply in recent decades as Dr. Marla Spivak, the University of Minnesota entomologist who is a world leader in bee research. A MacArthur Fellow in 2010, she and university colleagues have bred what scientists and the bee industry calls “hygienic behavior” into queen bees that is helping bees survive various threats including Varroa mites that have killed bees by the millions in recent decades.

That Spivak’s work and the University of Minnesota Bee Lab are of such great importance is evident by the salute given by Glenn Apiaries, a major California supplier of bees to the West Coast beekeeping and agricultural industries. It specifically mentions her work in developing “Minnesota Hygienic Italian” bees’ resistance to diseases causing widespread death and destruction to bees.

Of more parochial importance, the University of Minnesota notes that Minnesota is the fifth largest honey producing state while neighboring North and South Dakota rank second and fourth among honey producers. What’s more, the university has been an international center for bee research since 1918 and the Department of Entomology has been the bee research and extension center for the five states of Minnesota, Wisconsin, Iowa and the Dakotas since 1992. Professional and hobby beekeeping groups from these states have supported the university’s research over this period of time.

There is a food chain that comes into play. Home gardeners and we consumers depend on bees for their pollinating services. The bees depend on researchers to help them adapt and survive threats such as habitat loss, alteration and fragmentation; pesticide use, and the constant changes and introduction of diseases.

Finally, it should be obvious that researchers need financial support from state, federal and international bodies that have obligations to sustaining food production. Topping that list at this point is the so-called federal farm bill languishing in the U.S. House of Representatives.