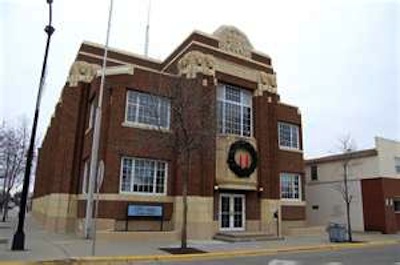 One of the rationales for eliminating LGA from Minneapolis, St. Paul and Duluth is that they each have a local option sales tax.  But on closer inspection, Duluth is the only city where revenue raised by the local sales tax option can be used entirely at the city council’s discretion.

Historically, state lawmakers have resisted allowing cities to have a local sales tax option, unless it goes towards funding designated capital projects like civic centers, airports and riverfront developments.

However, in the face of continual LGA cuts, some Minnesota cities are pushing back against the state lawmakers resistance in allowing a local sales tax option.

In his first year on the job, Grand Rapids City Administrator Shawn Gillen experienced the first wave of LGA cuts. He then got busy with “shifting the budget down” for the city.

“I don’t like to use the word cuts – that implies reductions in services. We could reduce by a million dollars a year very easily, but people aren’t going to get anything – the snow plowing will slow down, police response is going to be lower.  Cuts are quick, short term solutions, what we’re doing is looking at a longer-term approach,” he said.

Long-term approaches like sharing resources among departments, implementing electronic payroll, and creating a leaner operation. But long-term solutions take time to develop. So one thing Gillen did was set up a special revenue stabilization fund which lets the city borrow against itself on a short term basis during an economic recession.

“Now that bought us time, but we can’t borrow from ourselves forever,” he said.

Gillen, who also serves on the board of the League of Minnesota Cities, has been working with lawmakers on creating a local sales tax for the past few years, and is hopeful that it may actually happen this legislative session.

Grand Rapids is a regional center for shopping. A vast majority of Itasca County’s almost 50,000 people come to Grand Rapids to shop.

“Plus we are a tourist destination for hunting and fishing and boating and we have hundreds of thousands of people who come here over the year to do those kinds of things we’re known for up here,” said Gillen. “Our tax base strength is not in our land, it’s in those intangible draws.”

Gillen estimates that a 0.5 percent local sales tax would generate approximately $1 million for the city.

But it’s been a hard sell to some of the area businesses, who worry that consumers will go elsewhere to shop.

“The argument of consumers driving elsewhere for lower taxes doesn’t work – Bemidji, an hour’s drive from the area – already has a .5 percent sales tax. In the other direction, Duluth has a one percent local sales tax,” says Gillen.

While business owners trust that Gillen and the current city council will stay committed to keeping property taxes down, they’ve voiced concern that two councils from now, those elected officials won’t feel the same way. Given the changing climate and attitudes around LGA, Gillen admits the fears are reasonable.

Nonetheless, he’s looking forward to a day where Grand Rapids has no need for LGA.

“The more autonomy the cities have, the better off the state and the cities will be. If you give cities more home rule authority, the lower the tax burden will be in each individual city,” he said. “It’s those inter-governmental funding transfers that are historically problematic.”

Cloquet Mayor Bruce Ahlgren isn’t so optimistic about the local sales tax options, and worries about going back to the age of haves and have-nots that resulted in LGA being created in the first place.

“The trouble with a local sales tax is that many cities would benefit from that, some cities would be neutralized, but there’s many cities like the Cohassets of the world that don’t have enough economic base in their communities to collect the taxes needed.  But with local government aid, they benefit by getting a percentage of it to cover the same core services that the cities do,” he said.

Glencoe Mayor Randy Wilson agrees.  He thinks that Glencoe may have the tax base to make it, but worries that many cities won’t.

“And if we’re going to have haves and have-nots, it means that potentially you go on vacation in northern Minnesota in a smaller area and someone in your family has a heart attack, well maybe they no longer have the financial resources to provide emergency services in that area,” said Wilson.

That’s one scenario that no one wants to see occur.