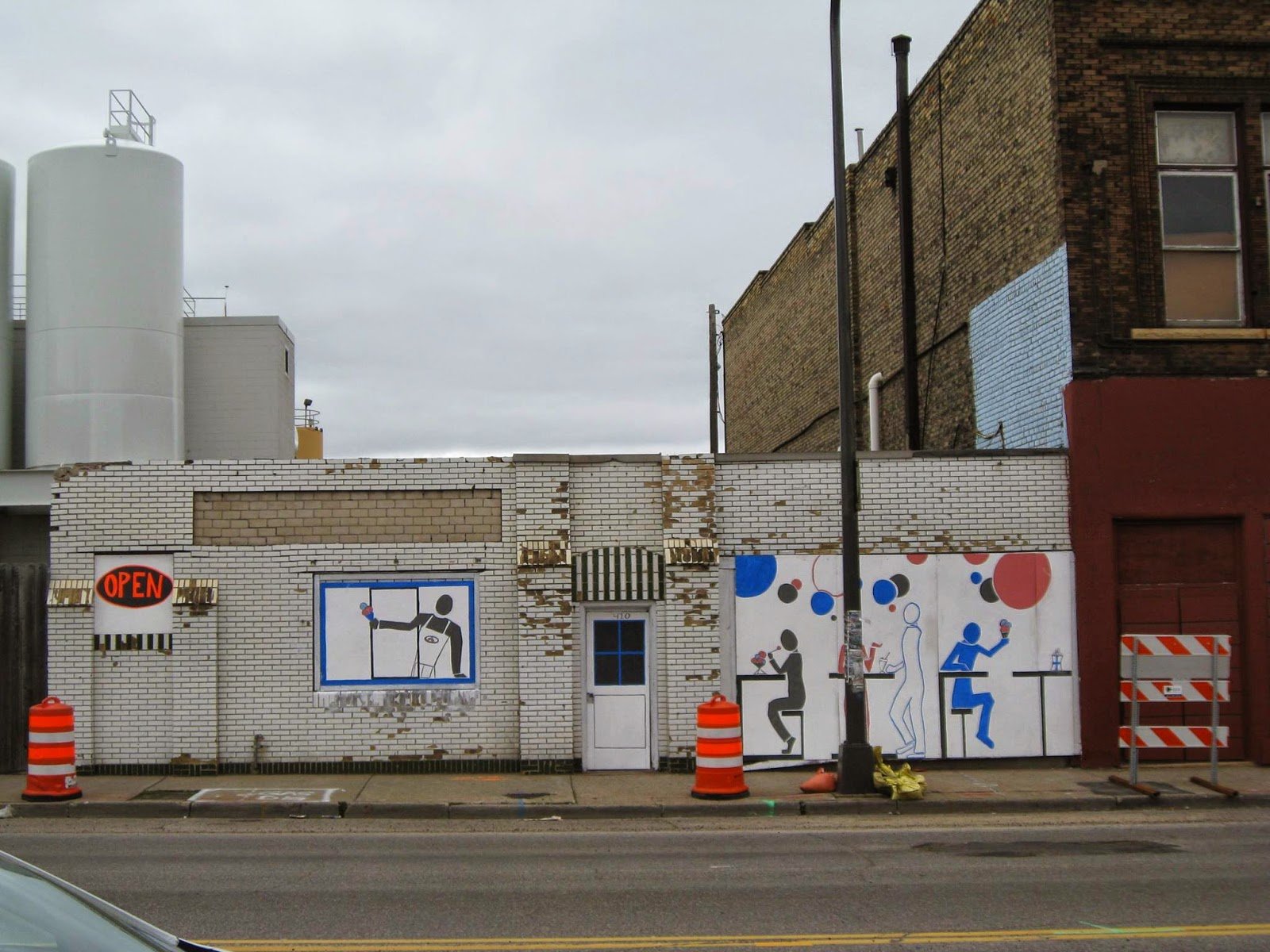 I can’t say I entirely blame Kemps for taking down the GIFT facade improvement. After all, they want to tear down two buildings on West Broadway and it doesn’t help their position if people are actually excited about potential. Oh no, it’s much easier to keep the buildings looking like blight so people are more inclined to favor demolition. But it does show their true colors, in that they are willing to make a prominent section of West Broadway look worse in order to further their agenda.

To make matters worse, there doesn’t seem to be any public knowledge of what that agenda even is–aside from demolition. Rumors and speculation have ranged from Kemps wanting to create a new turning/entry point to their facility so that they don’t have to contend with cars on 4th Street, to just wanting a little extra parking lot space but no curb cut along Broadway, to Kemps thinking that they would buy and tear down these buildings to be a “good neighbor” and keep a bad owner away, to the supposition that they want to slowly buy up more and more of that quadrant of Hawthorne until they’ve essentially taken over.

I’m going to dismiss the latter two possibilities out of hand, on the grounds that if either are Kemps’ positions then there really isn’t much point in dialogue. If they want more parking space just…because, there also isn’t much to be said other than “no.” However, if they are trying to address some perceived greater good by acquiring and tearing down the old White Castle and International Order of Oddfellows structures, there may be some solutions that both sides could work with. 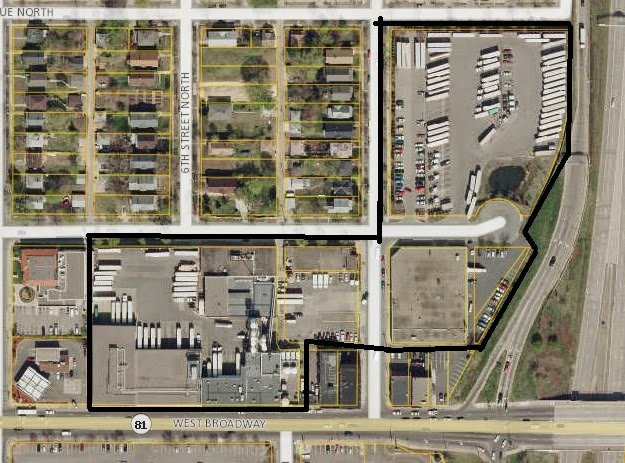 Here is the Kemps site as it currently stands, with a rough outline of their property. If they are looking for a better way to at least enter their facility, then why not take a look at where 21st Avenue North ends at their parking lot? On the other side of that fence is the freeway exit ramp. Why not take a look at having trucks enter the site directly from there? Sure, it would mean having to deal with MnDOT and perhaps even the federal government. That can’t be easy. But if demolition is taken off the table entirely, it’s amazing how much easier those seemingly impossible options suddenly become. If they need better access to their property, other alternatives exist that do not require the demolition of two West Broadway historic streetfront structures.

What to do with the buildings themselves? Well the Hong Kong/Oddfellows building was a functioning business pretty much right up until Kemps bought it. So that one should not be much of a challenge to bring back into working order. The old White Castle structure presents something more of a challenge. (Again, if demolition is completely off the table, you’d be surprised at how much less of a challenge renovation becomes.)

The calls in the community and the impromptu facade improvement present an immediate use once the place is fixed up: an ice cream shop. And whose ice cream might one sell there? Why, I think I have an idea. But wait, there’s more. Everyone loves the Cookie Cart, right? Great cookies and jobs for local youth, what’s not to love? And there’s plenty more youth that could benefit from such employment opportunities, but Cookie Cart doesn’t have the capacity to bring them into the fold. So why not take that model and expand it as an “ice cream cart”?

We can do better than tearing down these buildings for a parking lot. 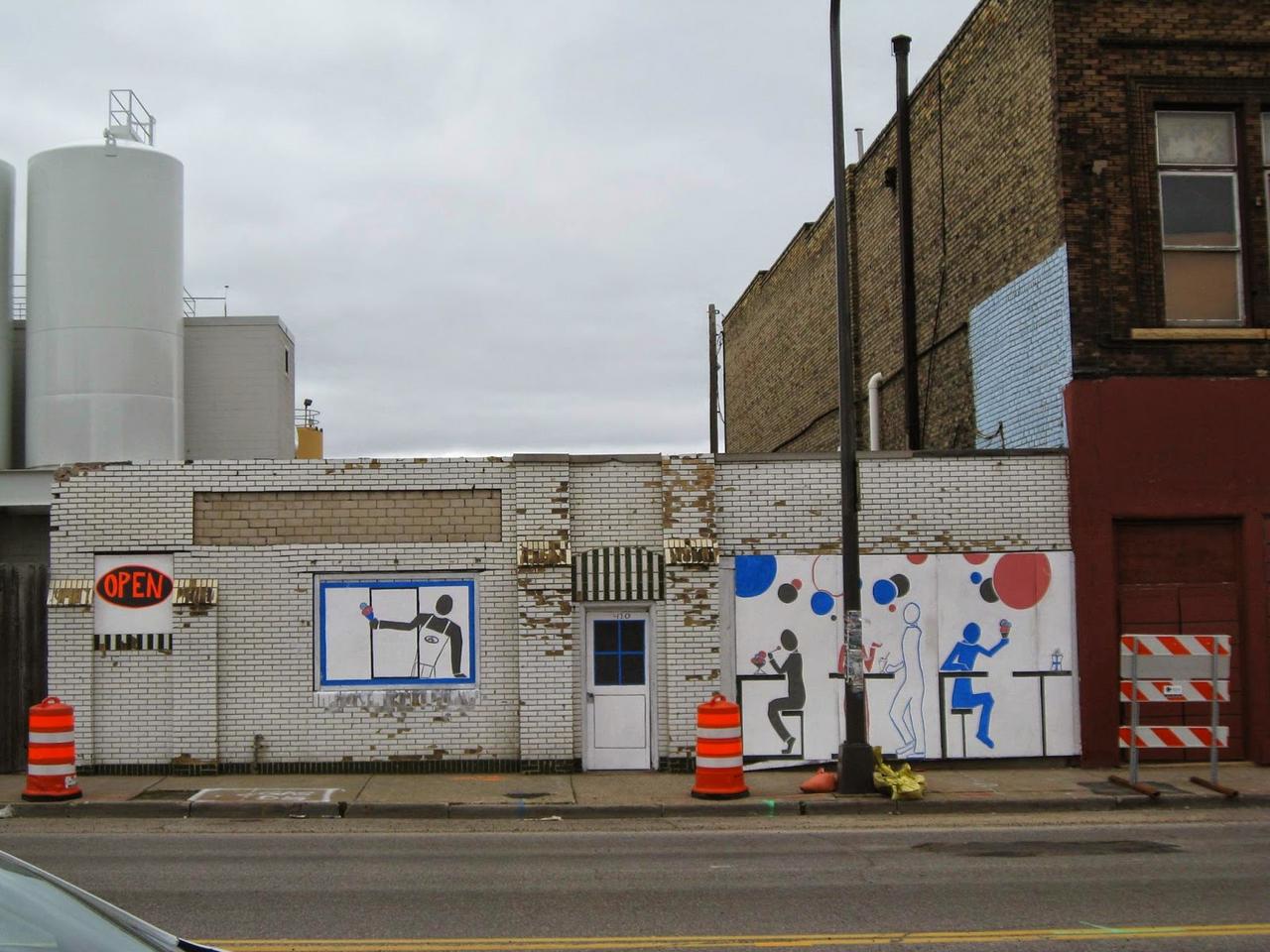 Kemps with a GIFT facade improvement 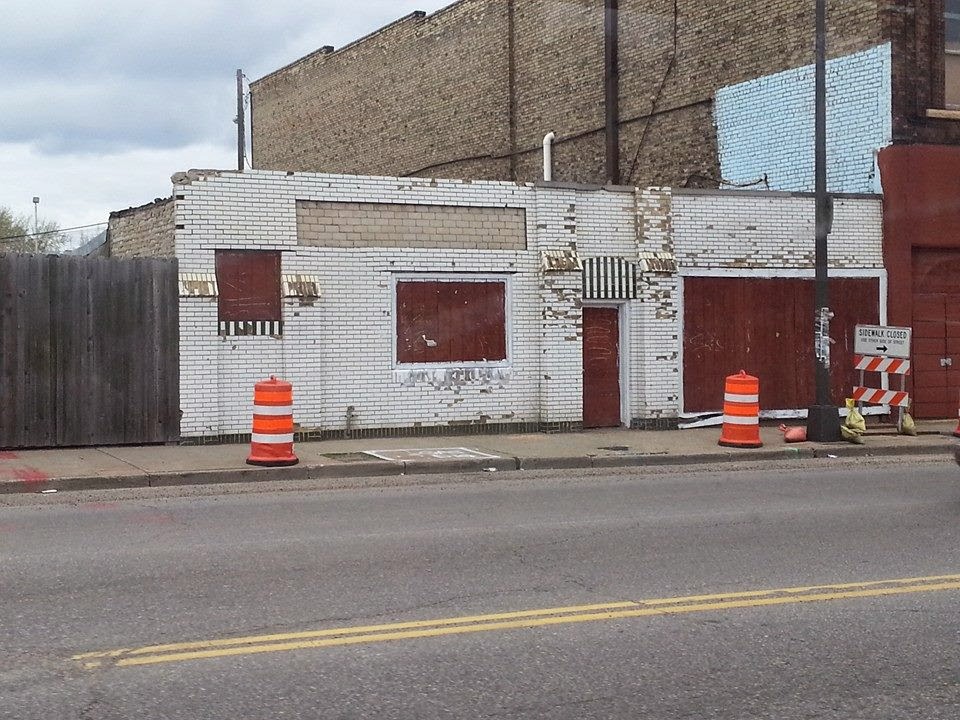 Looking a GIFT Cow in the Mouth