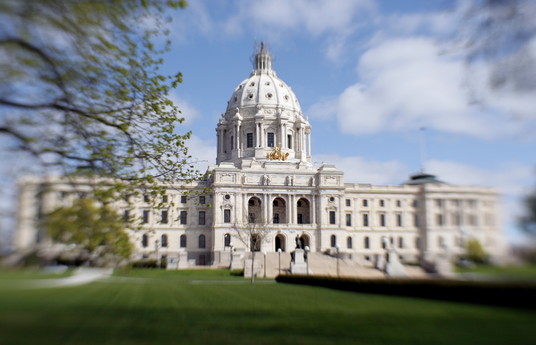 The first committee deadline has passed in a flurry of bills and late-night hearings, and the 2015 session will keep picking up steam next week with the release of two key pieces to this year’s legislative puzzle.

First comes the Republican transportation plan, set to be released during a 9 a.m. news conference on Monday. Funding transportation has emerged as one of the key issues of the session, and how far apart plans put forward by Gov. Mark Dayton and Senate DFLers are from what is announced by Republican leaders could have a big impact on the next two months at the Capitol.

The governor and Senate have expressed support for raising the state’s gas tax to pour billions of dollars into fixing Minnesota’s roads and bridges, as well as upping a metro-area sales tax dedicated to funding mass transit projects.

Republican leaders, on the other hand, have said they want to construct a package that spends existing state dollars and focuses on roads and bridges, not transit.

Tuesday is the deadline for the House Ways and Means Committee to OK a budget resolution bill. Rep. Jim Knoblach (R-St. Cloud), committee chair, told Session Daily last week that the Monday release of Republicans’ transportation bill was one reason he expected the committee would act on the deadline day. After Tuesday, each finance committee will have a budget target — essentially, a maximum for the total spending in the bills they approve.

Monday on the House floor lawmakers are scheduled to take up HF 1027, a bill sponsored by Rep. Pat Garofalo (R-Farmington) that would set a lower minimum wage for tipped employees, such as waiters, who earn $12 per hour or more in combined wages and tips in a pay period.

Chris Steller contributed to this story.