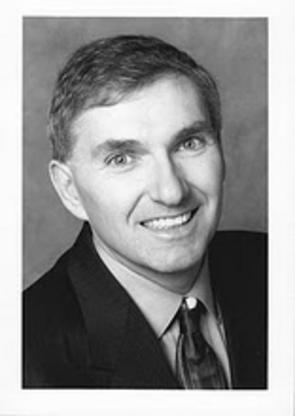 Policing in America has been shaped from its early days by a military structure, a war mentality and a cloud of racism that continues to repeat itself over time.

The shooting of Michael Brown in Ferguson, Missouri, raises many troubling questions, among them: How did we come to militarize the police? The answer reveals a powerful history that ties race, class, policing and the military together.

The shared history goes back to the Reconstruction era. After the Civil War, federal troops were used to enforce civil rights and the Reconstruction in the South. But as a result of the disputed presidential election of 1876 between Republican Rutherford Hayes and Democrat Samuel Tilden, Democrats conceded the electoral votes to Rutherford if federal troops were withdrawn from South.

Passage of the 1878 Posse Comitatus Act ended Reconstruction and barred federal military personnel from enforcing the laws. The Act does not apply to the National Guard, and over time they have been deployed repeatedly to keep the peace. A couple of examples: The 1894 Pullman strike saw 12,000 federal troops deployed to break up a workers’ strike. In 1957 Eisenhower nationalized the Arkansas National Guard to enforce integration in Little Rock.

Prior to the Civil War, only a few American cities had police. Post Civil War, policing grew along several fronts. There were the Pinkertons, who were created as private police to bust unions. In the South, police departments emerged to maintain order against the freed slaves. In the North, they grew to check immigrants and unions.

Reformers such as August Vollmer in the beginning of the 20th century sought to professionalize the police by reforming its structure and organization along a military model of authority and hierarchy, creating uniforms and command structures that exist to this day.

Yet the modern militarization of police in America owes it origins to several events. First, reaction to the urban riots of the 1960s led to President Lyndon B. Johnson signing into law the Omnibus Crime Control and Safe Streets Act of 1968. The Act created the Law Enforcement Assistance Administration, which made available grants to local governments to develop and purchase military-type resources to suppress the riots. The money facilitated the development of SWAT and other heavily armored police forces which had developed in Philadelphia, Los Angeles, and other cities to counteract so-called black insurgency.

Second, President Richard M. Nixon’s declaration of the war on drugs and its reemphasis by President Ronald Reagan further enhanced the militarization of the police. It did so in its rhetoric — the war metaphor — sanctioning that a military-style response was needed to address drugs. But also underlying the war against drugs was a racial overtone — the urban riots of the 1960s and drug usage were often associated with blacks. This was seen later as punishment differentials between drugs such as crack and cocaine more heavily punished racial minorities than whites. American prisons and jails incarcerate far more people of color than whites for drugs.

Third, the war on drugs encouraged the police use of civil forfeitures. This was the confiscating of property of convicted and sometimes suspected drug dealers. The theory was it would take the profit out of crime and prevent drug dealers from using their money to enrich their businesses. Civil forfeiture was upheld by the Supreme Court in 1996; it gave local police departments the money to be able to purchase even more military equipment from the Pentagon.

Finally, the events of 9-11 and reaction to it led to the collapse of the distinction between criminal policing, intelligence gathering and protection of national security. Laws such as the Patriot Act effectively turned the police into agents in the war against terror, again providing both a war metaphor to support aggressive policing and, with the creation of the Department of Homeland Security, new resources and funds to fight that fight with military-style weapons.

Thus, policing in America has been shaped from its early days by a military structure, a war mentality and a cloud of racism that continues to repeat itself over time with racial profiling, the death penalty and shootings like that of Michael Brown in Ferguson. The only surprise is the degree of press and visibility it has received. Hundreds if not more Michael Browns have existed, and the question now is what America will learn from this latest tragedy.