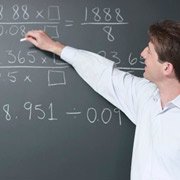 The paradox of teaching is that it’s seen as noble, missionary work when it isn’t the refuge of the lazy and incompetent. We see this in how teachers are portrayed in movies—especially movies about teaching —as well as in the rhetoric pervading all sides of our current reform debates. But has it always been this way?

Well, maybe not always, but certainly for a long time. That’s the conclusion of Dana Goldstein’s new book The Teacher Wars, which provides some historical perspective to the development and treatment of the teaching profession in the U.S. Different reviews have highlighted different aspects of the book, but the running theme is that criticism and (occasionally overwrought) concern about teachers have been with us for decades, if not centuries.

One review extrapolated Goldstein’s description of teachers’ symbolic role in moral panics about education to compare the popular portrayal of teachers (and their unions) with that of “welfare queens” since the 80’s and post-9/11 Muslims. These are groups of people who are made to represent, and sometimes asked to answer for, social problems that are much broader than these groups’ actual impact.

Goldstein’s book also describes the intentional feminization of teaching (one part gendered moral essentialism and one part economics, what with women costing taxpayers 50 percent less at the time) and the destructive removal of many African-American teachers during school integration after Brown v. Board. She also discusses the rise of unions, tenure, and pensions, including the surprising-to-today’s-eyes collaboration between teachers and good government reformers of the time to create those tenure and pension systems.

She also lays out the past attempts to use testing to improve teaching, with their decidedly unimpressive results. As Goldstein put it in one interview, “In the 1920s and 1930s, we saw a huge push to evaluate and judge teachers based on kids’ test scores, and then saw it happen again in the 1960s and again in the 1980s…. And each previous time, it failed.”

Moving past rhetoric and symbolism to empower teachers and to encourage collaboration between excellent teachers and those still in the early stages of growth would serve everyone better than repeating the mistakes of years gone by. Teachers should be trusted allies, not scapegoats.