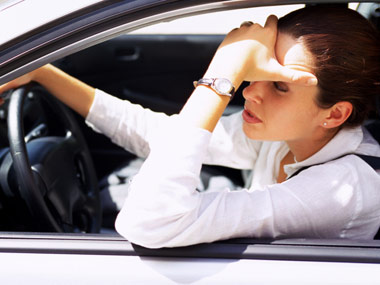 Despite the economic downturn and exurban foreclosures, counties north and west of the Twin Cities are expecting to see significant population and employment growth over the next 20 years.

A new MnDOT study anticipates nearly 13% combined job growth in Benton, Sherburne, Stearns, Wright, Isanti, Kanabec, and Mille Lacs Counties, outpacing a projected 8.7% statewide increase, with warehousing, shipping, and manufacturing providing many of those jobs. By 2030, population growth projections range from 120% to 150% in Wright, Sherburne, and Isanti Counties, according to the MnDOT study.

With this population and job clustering, along with growing congestion on I-94, I-35 and Highway 10, MnDOT sees transit potential in these northern and western counties. Still, it’s going to be a tough sell. The state’s transportation agency conducted a series of commuter and employer surveys, which found an overwhelming majority, nearly 90 percent of people in the seven counties mentioned above, travel by themselves in a car. “Some carpool or ride with others, and a very small minority use transit, walk, or travel by bicycle to work,” MnDOT’s surveys found.

“In suburban, rural and small communities, fixed route public transit may not always be the most cost-effective solution;” however, there may be an opportunity to pilot carpool, vanpool, employer sponsored mobility, or other commuter programs, to move residents between cities or towns, in an effort to reduce congestion on major highways.

The study also identified a number of inter-city bus and rail options. While North Star suffered a slow start, MnDOT sees great potential for the line.

A key hurdle expanding any kind of transit program is funding. The state and many individual municipalities already invest in transit along these corridors. Still, there’s no one district-wide taxing authority or agency to manage and coordinate day-to-day operations among so many different communities. “With major employers indicating they are unlikely to provide private funding for commuter transportation, it will be necessary to look for creative solutions to pay for new services,” the study says.

While a comprehensive solution might be a long way off, it’s worth planning for this population growth and potential transportation crisis now. As our Conrad deFiebre likes to point out, communities can’t build their way out of congestion. It’s time to start thinking about transiting from car dependence to a more multi-modal transportation future.