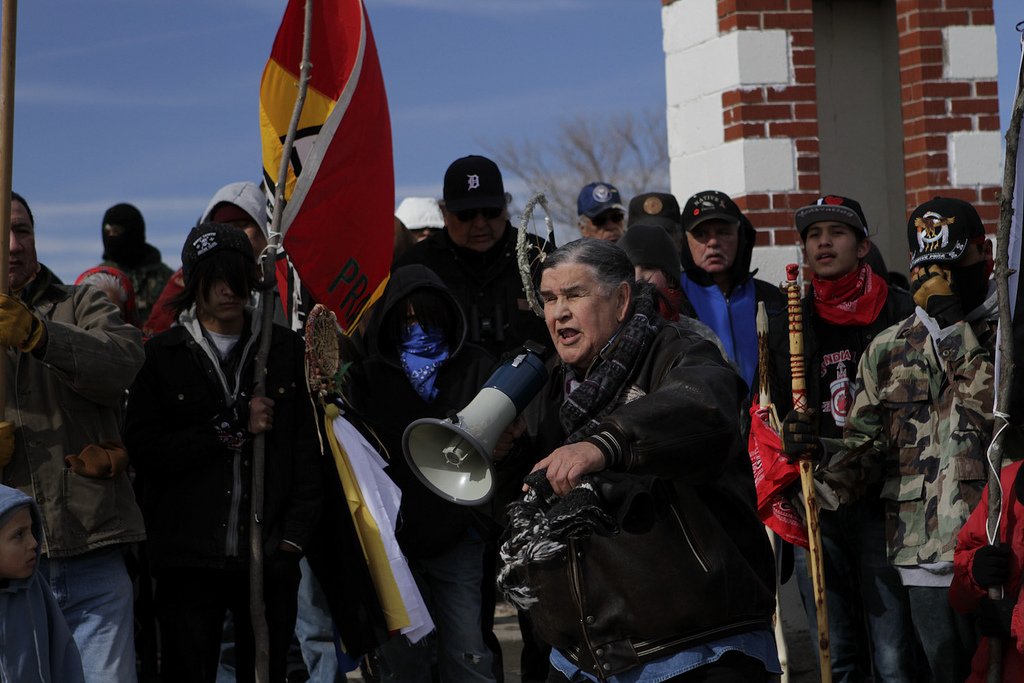 As many celebrate the recent success of Standing Rock’s water protectors and the Obama Administration’s announcement that the U.S. Army Corps of Engineers will not grant an easement for the final piece of the Dakota Access Pipeline, we also look back and celebrate the activists and elders who laid the foundations for organized resistance.

Clyde Bellecourt is a Native American rights activist and Minneapolis resident who co-founded the American Indian Movement. His new autobiography, titled “The Thunder Before the Storm,” tells the history of his life and events which give the foundation for this justice work, from Survival Schools to standing up with Standing Rock. Rico Morales gives us a piece of that history from the Minneapolis American Indian Center on Franklin Avenue – also known as the Native American Corridor – for Bellecourt’s autobiography book launch on Nov. 4.

Listen to the full audio story below:

This story created in part thanks to KFAI.