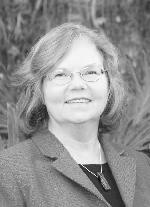 The Minnesota House of Representatives District 60A includes 15 neighborhoods in Northeast and Southeast Minneapolis. This year’s race has two candidates: DFL incumbent Diane Loeffler, who is running for her sixth term, and Republican challenger Brent Millsop.

Employed by Hennepin County as a policy and planning analyst, Loeffler said she works on health and human service issues. A long-time community activist in Northeast, she lives in the Windom Park neighborhood. She holds a bachelor of arts degree from Augsburg College and has done graduate work in education and public administration at the University of Minnesota.

In the Minnesota House, Loeffler serves on the Taxes Committee, Health and Human Services Policy Committee, and Finance Committee. She is one of five Assistant Majority Leaders, and also serves on boards and commissions including Capitol Preservation, MNsure Oversight, State Accountability and Results, and the Mississippi River Heritage Preservation Commission.

Millsop, according to his website, served in the Air Force, has experience in law enforcement, and has worked in real estate for many years. Millsop cancelled a scheduled Northeaster interview last week and did not return an e-mailed questionnaire.

Following are Loeffler’s responses to the Northeaster’s questions.

Loeffler said that Minnesota has a nation-leading health care system, with 96 percent of its residents covered by health insurance. “Minnesota leads the nation in a variety of measures of health outcomes and has successfully worked towards having all covered with health insurance so they can access that quality care. Many policy provisions that I led the adoption of in Minnesota went nationwide, in federal health care reform. That includes parent policy coverage of their children to age 26, no lifetime limits, full coverage of life-saving early diagnostic tests, and promotion of prevention and health improvement. Last year, we had the lowest insurance rates in the nation.”

She said Minnesota is also doing a good job of promoting home care for seniors, and people with disabilities. “Minnesota leads in making home care available to those who need help—a cheaper and much-preferred model to nursing home care or other institutional models. This not only helps people live where they prefer, it saves funds for later when more intensive levels of care may be needed.”

Two areas where Minnesota could be doing a better job:

Loeffler said the state could do a better job at addressing racial and economic disparities. “Minnesota continues to be challenged by disparities in education, health, and measures of economic success by race and income level. There are differences in home ownership, and people’s ability to pay for retirement. But we are aggressively working to address these by looking at models that have shown results in other states. Much of the focus is on early childhood and education, because we know a successful start in life yields benefits long term. Too many moderate-income bright students graduate with huge amounts of debt from higher education, which limits their ability to support their family in later years.

She said that the state could also do a better job in energy conservation. “While we are a leader in promoting renewable energy, the focus on wind, solar and biomass alternatives has sometimes overshadowed a fast route to addressing the environmental effects of energy: conservation. We can do much more to help homeowners and commercial buildings upgrade their heating and cooling systems, improve insulation and reduce electric use.”

Loeffler added, “We could provide financial incentives and promote education. We have low interest home improvement loans; we could put together programs that are targeted toward energy conservation.”

What can be done, at the state level, to improve public education?

Loeffler said, “We just went through a period of time where people asked for choices and innovations.” School attendance used to be based on where you lived, with no choices, she added. “Now people’s concerns are, ‘Do we have too many? Are they all equally accountable for results?’ We’re still having that discussion. We have stellar public schools and outstanding charter schools, but also there are schools in each camp that are struggling.”

When asked about efforts to close the achievement gap, she said that the state’s research found that low income children, whether they are from rural areas or urban areas, face the same struggles. “They are less exposed to education concepts before they hit kindergarten, than kids from wealthier families are. They have less vocabulary, haven’t started writing, don’t read as well.” The state is trying to address the problem by offering options such as sliding fee childcare.

“We’ve never had such big gaps between the wealthy and the workers,” Loeffler added. “The average working family has not been able to keep up in the areas of employment, childcare and housing. Some are paying hundreds of dollars a month in student loans.”

Looking to the future

Loeffler said that in the future, she plans to focus on taxes, health and human services, and—in Northeast and Southeast Minneapolis—parkland and transit funding.

“We need to continue to make property taxes affordable. We need to find a balance between funding for local government and direct property tax refunds to home owners,” she said.

She said the state needs to create better alternatives for seniors, people with mental health challenges, and people with disabilities. “With the aging of the population, the budget pressures in this area will be difficult to manage in the coming decades. The unemployment rate for people with mental and physical disabilities, such as hearing impairment, is incredibly high. We’re tackling that. Not being able to hear well, for instance, should not limit one’s access to career options.

“In the next term there will be some local issues coming up, such as restoring national parkland and trails along the Mississippi River,” Loeffler said. “There will also be some big decisions to make, including transportation and transit funding, and investment in areas such as ours, that are dependent on direct bus lines.”