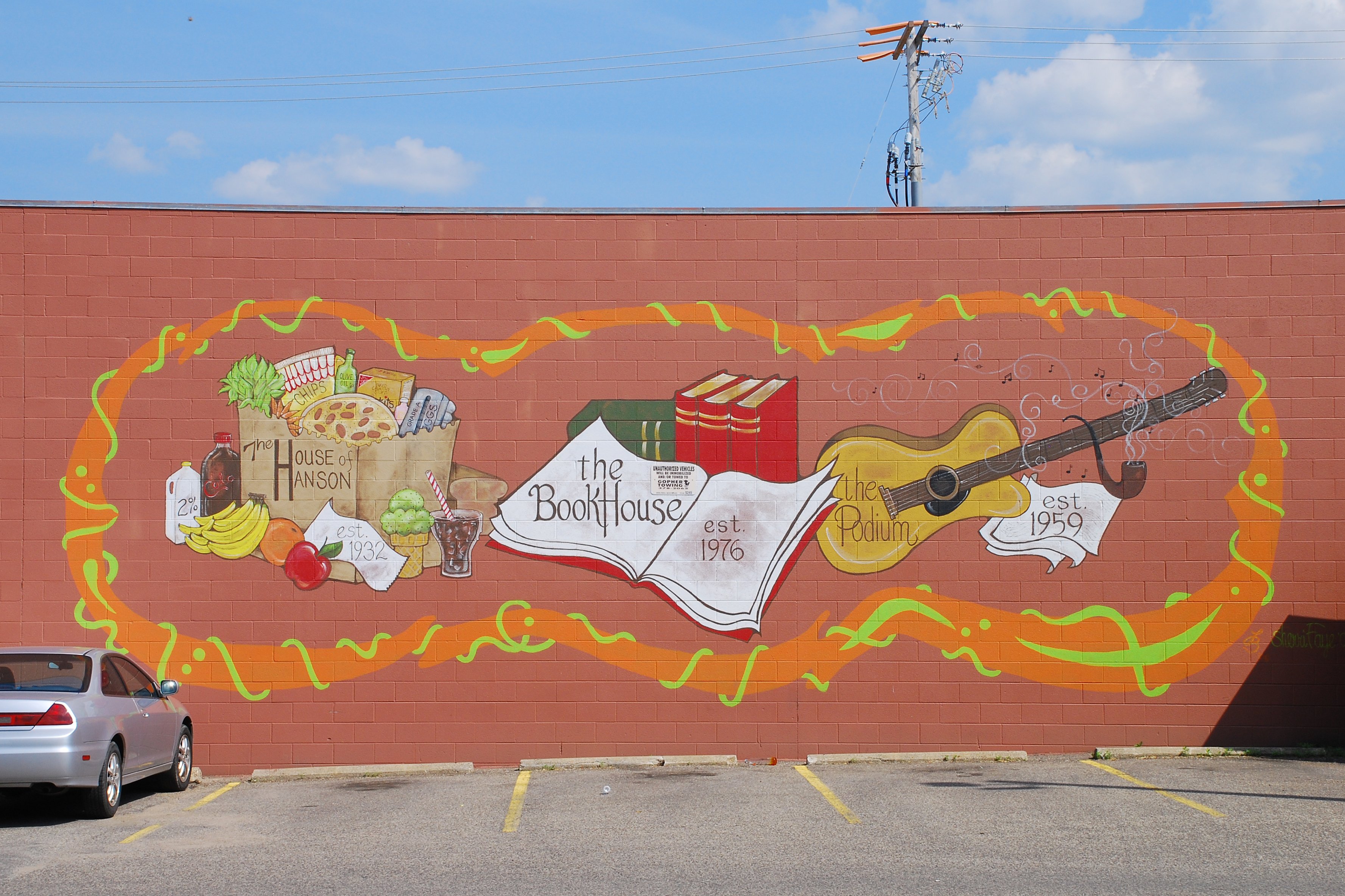 This mural, painted by Sherri Faye, the driver of Dinkytown shuttle bus Lucille, disappeared with the demolition of the three businesses that were in the building earlier in 2013. Faye said it was painted in 2009.

One projected consequence of the major new developments in Dinkytown is that rents for commercial space will increase, forcing out small stores and stimulating the increase of chains, like CVS Pharmacy which is the major anchor of the newest mixed-use building.

For more on Dinkytown developments and people, click here.

A neglected aspect of this story is that a number of chains have been in Dinkytown over the years and many of them have come and gone.

Several friends sat at the counter at Al’s Breakfast recently and made a list of ones we remembered. Here’s a list of those who are no longer in Dinkytown:

Dayton’s University Store came and went from Dinkytown long before Southdale’s opened in 1956, leading to the proliferation of Dayton’s stores in suburbs. Sound of Music left Dinkytown before the company became Best Buy.

Dinkytown Business Association President Skott Johnson has said that some local owners of chain franchises, like McDonald’s, are actually active members of the local community.

Does your memory of chains in Dinkytown agree with ours? Can you think of others? Can you share an experience that illustrates the difference between locally owned versus chain stores and restaurants? 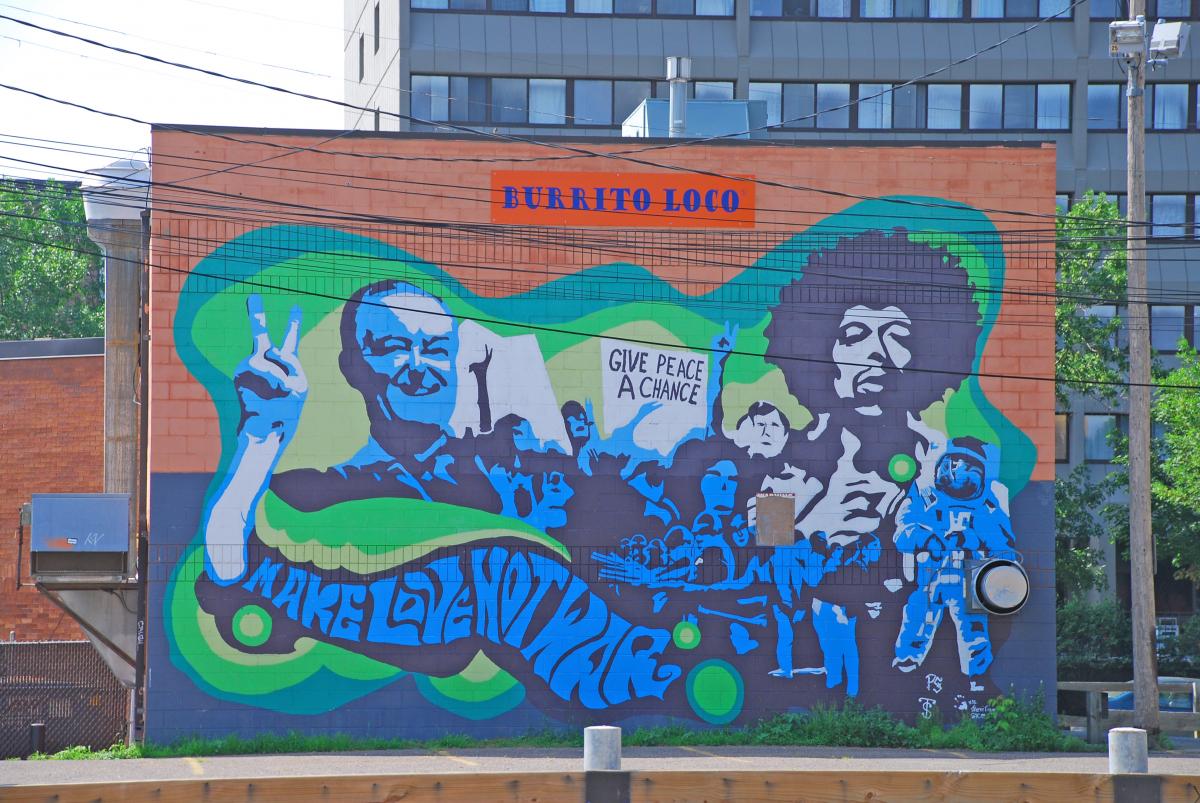 This mural on the back of the Burrito Loco Bar & Grill building has been hidden by the wall of the six-story Opus building under construction next door. The mural, Make Love not War, was painted by Sherri Faye and two others in 2006.