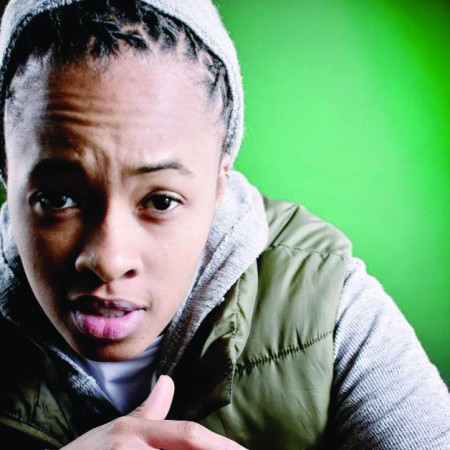 Almost every practitioner of creative art, regardless of the discipline, will be quick to point out that they are motivated to do what they do for very personal reasons. One’s affinity for a particular art form is often connected to at least one emotional, enlightening, and/or life-changing experience.
Tish Jones, executive director of TruArtSpeaks, held a preliminary poetry slam for Minnesota youth looking to compete internationally.

This is especially true for those who are into poetry and spoken word, art forms that give a voice and a medium of expression to many who feel that they otherwise would not be heard. These aspects of spoken word and poetry are what attracted artist and educator Tish Jones. They are what motivate her to create spaces for people — youth in particular — to discover the art of spoken word, as well as to develop and hone their skills and have opportunities to perform their work.

Jones’ most recent effort is The (K).N.E.W. Minnesota Youth Poetry Slam Series, an event that is currently in its first year. The poetry slam series is presented by TruArtSpeaks, a nonprofit arts organization based in St. Paul where Jones is the executive director.

“What we are ultimately seeking to do is identify six young people between the ages of 13 and 19 years old to represent Minnesota in the International Brave New Voices Youth Poetry Slam Festival this summer in Chicago,” Jones explains.

Brave New Voices (BNV) is an annual event hosted by a different city each year where more than 500 young poets from all around the world convene. In addition to competing against other teams of artists representing various cities and regions across the globe, the young poets get together and “they bust — they do poetry, they learn how to write poetry, [and] they learn about social justice,” Jones explains, making it a very valuable experience for all who participate.

The first time Jones experienced BNV was in 2005, when E.G. Bailey and Shá Cage of the Minnesota Spoken Word Association collaborated with Dudley Voigt and Melissa Borgmann of the Juno Collective to serve as adult mentors to Jones and about 17 of her peers, coordinating the trip to the event that was held in San Francisco that year.

“I didn’t make the team,” says Jones, “but I was a part of organizing it. And that was Minnesota’s first year of participating in Brave New Voices. When we got back we formed a collective, and we named it Quest for the Voice,” which they continued until 2011. She made the trip to BNV again in 2006 when the host city was New York, this time as a slam team member.

Any Minnesota resident ages 13-19 is eligible to compete in the (K).N.E.W. Minnesota Youth Poetry Slam Series. There were four preliminary slams held throughout the Twin Cities area. Preliminary slam performances were scored by a panel of five judges, all of them with significant levels of experience and expertise in the craft.

At the preliminary slam held at Juxtaposition Arts, where I met up with Ms. Jones, she informed me that one of the judges was Diego Vázquez, Jr., who she describes as “one of the founders of slam poetry in Minnesota.” Judges score the performers based on content, stage presence, delivery and other nuances.

Participants with the highest scores advance to one of the two semi-finals, which will be held on March 4 at the Capri Theater at 5 pm and March 11 at The Whole, located in Coffman Union at the University of Minnesota, at 7 pm. They are randomly selected to compete against each other.

Semi-final winners advance to the finals, which will be held at In the Heart of the Beast Puppet Theater on March 29 at 7 pm, where six finalists will be selected to participate in BNV.

After taking a break in 2012, Jones decided to take the initiative to put together the (K).N.E.W. Minnesota Youth Poetry Slam Series with the intentions of identifying new young talent and putting together a team to represent the Twin Cities in BNV for 2013. Referring to her BNV experience in 2005, Jones says “This is what changed my life… There’s something life-changing about being a young person that’s into poetry. Poetry is just what you do. It’s not ’cause anybody told you to do it; it’s not ’cause they made you do it in school; it’s just your thing.

“And then you go meet 500 other young people whose minds are active, they’re into the same things politically and socially that you are, and then they’re all in your aesthetic. And they’re from all around the world; that’s the thing about Brave New Voices — it’s international!

“And the issues are similar; we all [are] vibing, we’re in ciphers, making beats on subways and on the BART (Bay Area Rapid Transit). [It was a] life-changing experience. I was able to create a national network of friends and colleagues… Everybody should have an opportunity to experience something like that.”

Tish Jones is excited about the younger crop of artists showing interest in poetry and spoken word, pointing out one young poet’s show of dedication. The young man was off in the corner of the venue, intensely rehearsing his work and getting ready to perform.

She is also impressed with their level of talent, telling me that “this is the real deal right here.” She feels that the popularity of BNV is playing a role as well, as HBO recently produced a documentary on the event.

For more information about the (K).N.E.W. Minnesota Youth Poetry Slam Series and other events hosted and coordinated by Tish Jones and TruArtSpeaks, contact her via email at TruArtSpeaks@gmail.com.