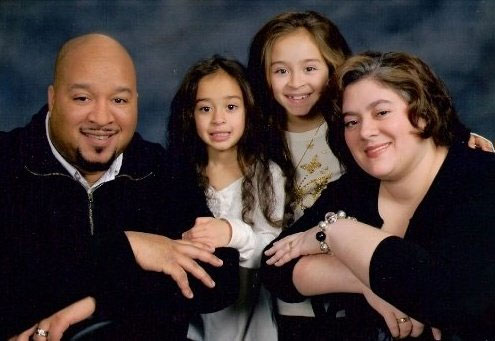 Ten Minnesotans are being honored today as the 2011 Head Start Heroes for overcoming tremendous challenges and achieving personal, family and community success. Heroes take on many forms with this group. It’s the mother whose daughter was murdered and who now cares for a traumatized grandchild; the parent who overcame drug addiction, learned to read as an adult and is rebuilding her family’s life. And for Joaquim Harris, Duluth, it started with the simple act of getting involved.

Shortly after his daughter started attending Head Start, Harris noticed there were no men who volunteered with the program, so he joined their Policy Committee.

“For me being a man of color, it’s very important that I be present in my child’s life – to actually take an active role in my child’s education. I thought this was a good way for me to support the program, to help out and to give the resources and networking contacts I already had.”

Harris later became chair of the committee, helped the organization weather tough budget challenges, and developed special programs and trainings that increased involvement from other fathers.

Beyond his active volunteerism, Harris realized when his oldest daughter graduated from Head Start that it was time for him to practice what he preached about the importance of education, so he went back to college while working full-time.

“Once I completed the program, we put my wife through the same thing. We both received a dual degree from the College of St. Scholastica, with the intention that when our daughters grew up, we wanted them to see that nothing is impossible. No matter how difficult it is, if you work at it, it can be achieved.”

After graduating, Harris went to work for St. Louis County, where he does employment outreach and recruitment. He also uses those skills as a volunteer in under-served communities.

“I just get an enjoyment out of it – reaching out and giving my time to help people to find jobs, learn how to do the interviewing process and go through that, because it’s a scary process. When you have some support behind you, and have those resources behind you, you do a better job.”

More than 30 years ago, Harris himself attended a Head Start program, just off the military base where he lived during his early years. He says it was a wonderful program for his parents, who were both minority and young military professionals just starting out, with a limited income.

“You know, everybody is always talking about return on investment. What better way to say that your return on investment came back, than to have someone who went through the program, graduated from college and then actually works in public service and gives back to the community. You are growing people who are going to make a positive impact on the community and the communities they live in.”

The Head Start Hero awards are being presented today at a ceremony held at the Science Museum of Minnesota. Other Head Start Heroes stories are available at http://bit.ly/gufB09.